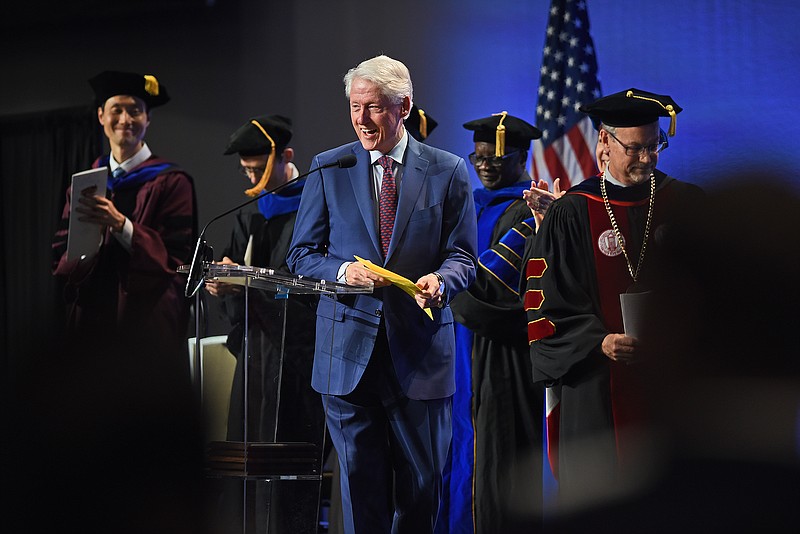 Former President Bill Clinton makes his way to the podium during the University of Arkansas Clinton School of Public Service Commencement Ceremony on Saturday at the Statehouse Convention Center in Little Rock. More photos at arkansasonline.com/58clinton/. (Arkansas Democrat-Gazette/Staci Vandagriff)

University of Arkansas System President Don Bobbitt introduced Clinton as the school's "professor-in-chief." Before he was elected twice as the 42nd president, Clinton was governor of Arkansas from 1979 to 1981 and again from 1983 to 1992.

Clinton told the 56 members of the class of 2022 -- as well as some 2020 graduates who did not get to walk across the stage two years ago -- that in their burgeoning public service careers, the way to rise above the "polarization" and "divisive nationalism" of today's politics is to "start with the end in mind and put people first."

He described democracy as a system in which "we try to live under the same set of rules" even during tough times, and he referred to the war Russia started in Ukraine earlier this year as an "extreme" example of anti-democratic behavior.

Another aspect of democracy, he said, is the view that "our common humanity is more important than our differences."

Clinton, a Democrat, and Gov. Asa Hutchinson, a Republican, have disagreed on many things but worked together on others, Clinton said.

"The reason you need an education is to think and feel, and [to] test your thoughts and your feelings against the real lived experiences of other people," he told the graduates. "That's what I wish for you."

The Clinton School's 2020 commencement ceremony had been canceled due to the onset of the pandemic that spring, so the 2020 graduates were recognized at Saturday's ceremony and had the option to walk across the stage.

Additionally, as part of its annual Giving at Graduation tradition, the Clinton School collected donations for the Brandon House Cultural and Performing Arts Center, a nonprofit arts-based community center in Little Rock.

Saturday's commencement was the first presided by the school's new dean, Victoria DeFrancesco Soto. She commended the graduates for coping with the pandemic's impact on their educations, which include service projects.

"You worked through one of the most challenging times in our nation's history to make a difference, and, to reference President Clinton, to make sure that things are better off where you ended something than when you started it," DeFrancesco Soto said. "When the world was on fire, you ran toward it."

Nichola Driver, the ceremony's faculty speaker, praised the graduates' stamina throughout their education and said they have "the epitome of grit."

"Public service work can be challenging, as you have learned," Driver said. "Your public service careers going forward will require the same kind of grit that you've demonstrated here at the Clinton School."

The school emphasizes "the intersection of theory and practice as public service," said Lea Metz, one of the two graduating student speakers.

She echoed Clinton's statement about the value of keeping the end in mind, and she said learning doesn't end when an educational program does.

"While all of us have decades of experience, we must all maintain an openness to continue learning," Metz said. "This openness allows us to consider alternatives and solutions beyond our own experiences."

Brenttia Clayton-Buchanan, the other student speaker, said the success she and her fellow graduates have achieved came from difficult adjustments to the pandemic but was possible with community support. 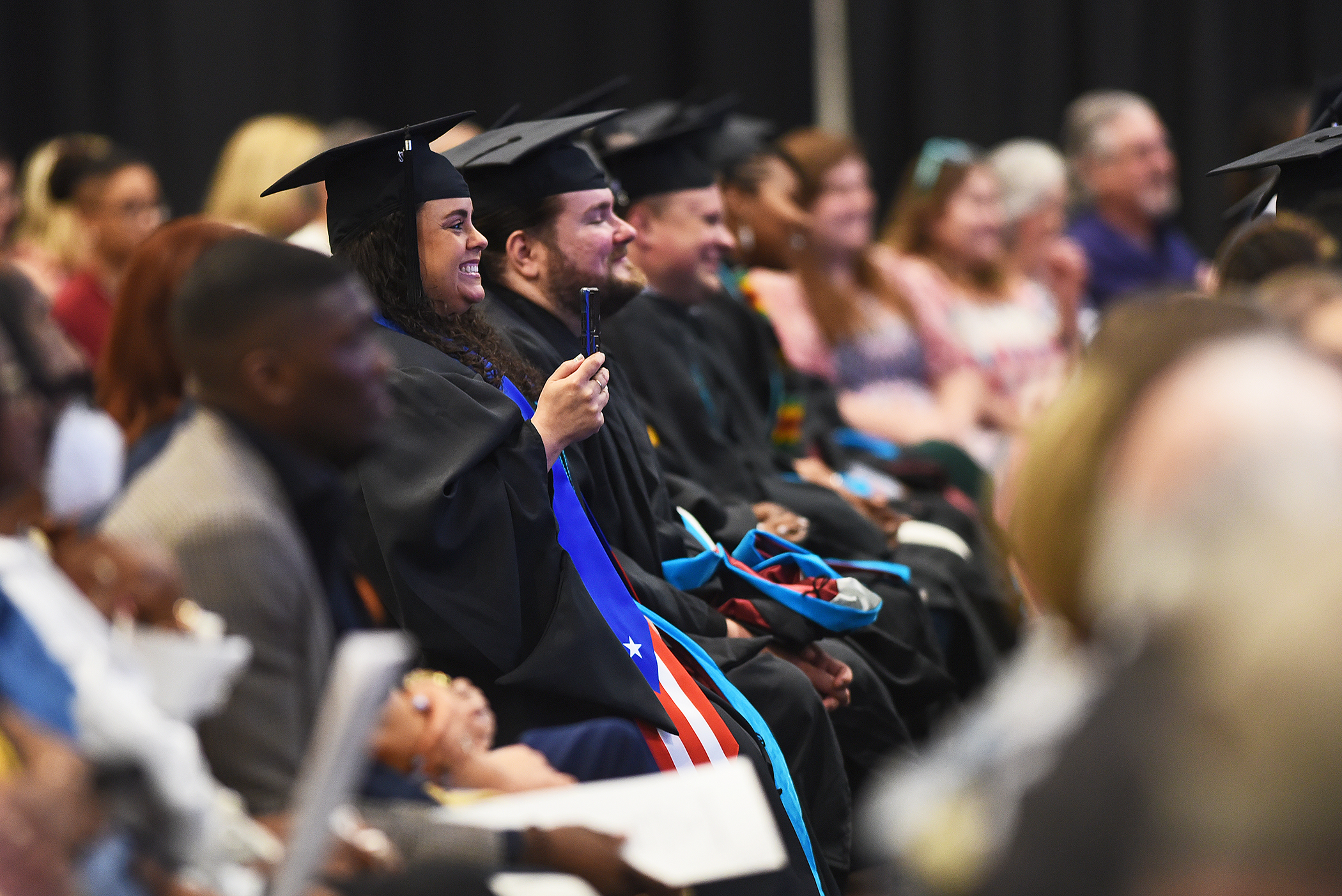