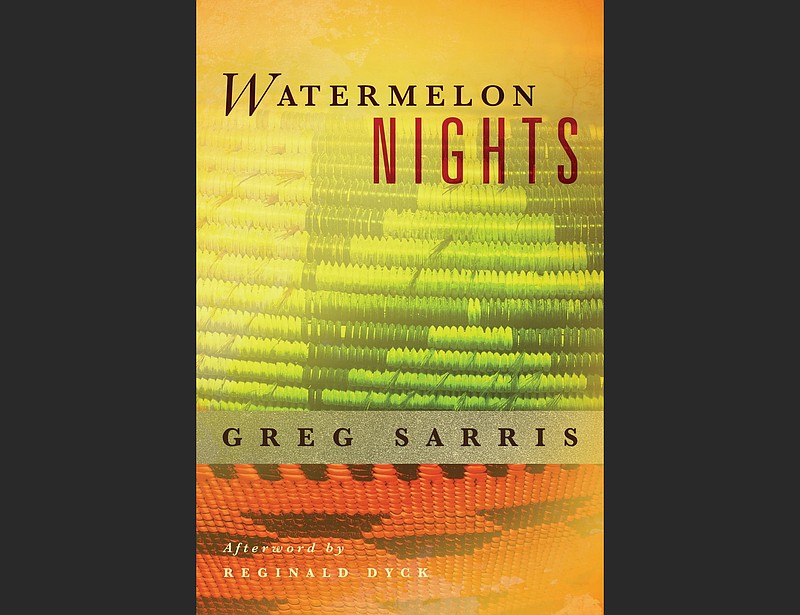 Greg Sarris is a focused writer who has created a small cosmos, a fictional disestablished tribe of American Indians who live in Sonoma County, Calif.

That tribe is the Waterplace Pomo, and we might be forgiven for thinking them the fictional analog to the Federated Indians of Graton Rancheria, the California tribe for which Sarris worked to gain federally recognized status.

Sarris serves as tribal chairman of the tribe, which owns the Graton Resort & Casino near Rohnert Park, Calif. He handles the casino's business affairs, which might be a more lucrative occupation than teaching classes at Sonoma State University, where he holds the Federated Indians of Graton Rancheria Endowed Chair of Native American Studies, or writing books.

He's a controversial figure in that opponents of the casino have disputed his claim to American Indian heritage.

Sarris' unwed mother, a 17-year-old of German, Jewish and Irish descent, died shortly after giving birth to him, and he was adopted by a middle-class white couple who thought they were unable to have biological children. Shortly after they adopted him, they conceived, and eventually had three biological children. Sarris often found himself at odds with his abusive, alcoholic father.

To keep the peace, Sarris lived with several foster families. When he was 12 years old he met Pomo basket weaver Mabel McKay, who taught him the Pomos' ways and customs. (Sarris would, in 1994, publish "Mabel McKay: Weaving the Dream," a loving biography of his mentor.)

While no father was named on his birth certificate, Sarris says when he was in graduate school at Stanford he discovered his biological father was of Filipino, Coast Miwok and Southern Pomo descent. He began to work with members of the Miwok and Pomo tribes to regain federal recognition and embraced his identity as an American Indian.

"Watermelon Nights," first published in 1998, is to date the only novel he has written; he has published two highly regarded collections of short stories, 1994's "Grand Avenue" (which became an HBO miniseries in 1996) and 2017's "How a Mountain Was Made."

He has also worked in theater and film and written nonfiction articles — he often appears on TV talking about American Indian affairs. Obviously he's highly accomplished. And, judging from his website, he is media savvy and alert to opportunities to increase his brand and promote his causes.

So, he's a political activist, a businessman, an academic, a screenwriter and playwright, a television personality. And openly gay.

I expected Sarris' personal story to be more interesting than his writing.

But that's why you read the book. (Well, often, you only have to read a little bit of the book. The dull ones usually announce themselves early.)

And Greg Sarris is a fine superintendent of the world he has created, a world that's both plausible and exotic, tragic and affirming. "Watermelon Nights," re-issued by the University of Oklahoma Press with a new preface by the author and an afterword by scholar Reginal Dyck, is an ambitious, inter-generational work set in Santa Rosa, a small town on the California coast where the Waterplace Pomo settled after being forced off their traditional lands by Mexican raiders in the 19th century.

Now, in the 1990s, the white population of Santa Rosa only grudgingly accepts the presences of the Pomos, who are — like the Bunker Hill American Indians in Kent McKenzie's 1961 film "The Exiles" — gradually losing touch with their native traditions. Only Elba, a tribal elder, and some of the other elders still speak the tribal language.

While Elba works to preserve these ties, her 17-year-old grandson, Johnny Severe, becomes involved in the campaign to secure federal tribal recognition for the Pomo so that they might acquire federal assistance and possibly the return of their land. To do this, he has to establish the genealogy of the tribe, a quasi-biblical undertaking of running down who begat whom. And there are lots of birth certificates with blanks where a father's name should be.

"I filled in the empty spaces on my chart," Johnny says, "tracing from me and Mom and Grandma back to the first Rosa, which is what everybody was supposed to do to prove we was a tribe."

Iris, Johnny's mother and Elba's daughter, is estranged from her family and this effort. She sees the only way forward is assimilation with white culture. More than anything, she identifies as American, or wants to.

Elba points out that nothing is as clean as a chart might imply; there are other tribes involved as well. Rosa, the town founder, was raped by a Mexican general, and bore a daughter also named Rosa who married an American Indian from another tribe to rebuild her own tribe. Everyone is related to everyone, and there are dozens of castes and categories — uncles and Filipinos, witches and Catholics. Some of Rosa's descendants identify as "Spanish or Mexican."

Santa Rosa is a sordid place, where violence (or its threat) is never far away. When we first meet Johnny, he has a hole in his face — he has been kicked in the head by gay bashers. His mother was the child of gang rape. The American Indians are bitter and beaten.

"Indians is a mean, unhappy bunch," Johnny tells us. "Indians is like weeds."

Sarris' novel doesn't read like anything but wild fiction — a good point of comparison might be Tommy Orange's 2018 novel "There, There," which, come to think of it, might have been partly inspired by "Watermelon Nights." In any case, this is a gritty and powerful book that deserves rediscovery.