Parents of the groom are Judy and John Poirrier of Monticello. His grandparents are the late Jesslyn and Lynn Poirrier Sr. of Scott, La., and the late Bonnie and Wyman Swindle of Shreveport.

The ceremony site was decorated with arrangements of white and peach roses, eucalyptus and hydrangeas.

Escorted by her stepfather, the bride wore an A-line gown of ivory and champagne tulle and lace with a deep V-neckline and pearl beading. The skirt extended to a chapel-length train. She carried a bouquet of roses, ranunculus and eucalyptus in shades of peach, orange, blush and ivory.

Flower girl was Payten Poirrier of Little Rock, daughter of the bride and groom; and ring bearer was Lincoln Biondo of Conway.

A reception, also at the Vineyard, followed the ceremony. Tables were decorated with lanterns and pastel floral arrangements.

The bride has a bachelor's degree from Arkansas State University and a master's degree in business administration from the University of Arkansas at Little Rock. She is a communications specialist at Little Rock Water Reclamation Authority and co-founder of S+J Marketing & Design.

The groom is a graduate of Arkansas Tech University and is a professional services engineer at Access Control Devices Inc. of Benton.

The couple will live in Bryant after a wedding trip to Orlando, Fla. 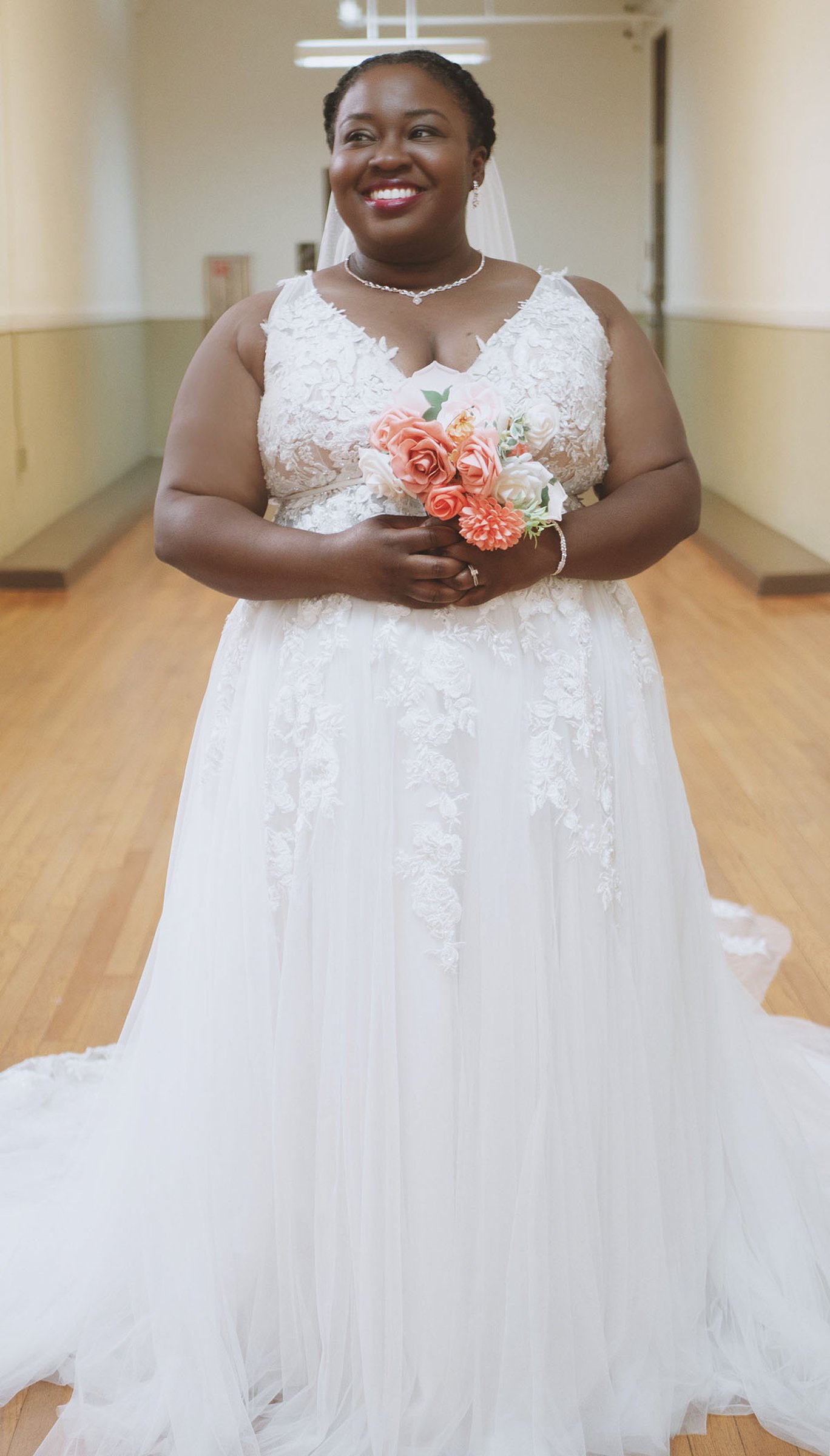