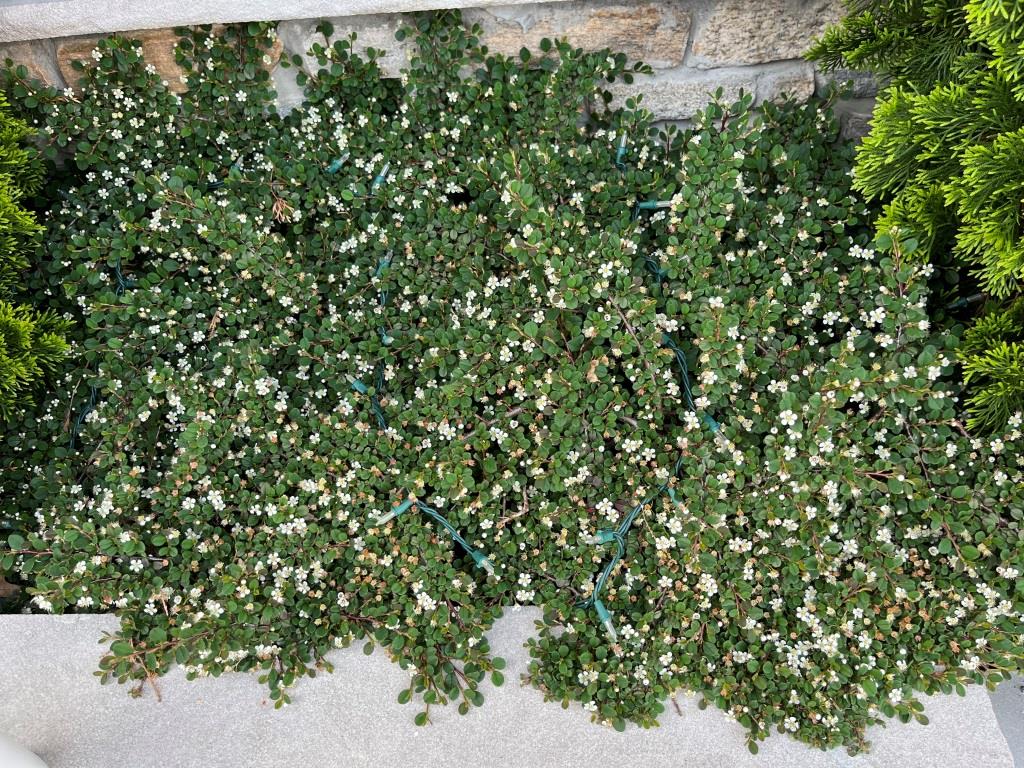 Cotoneaster – pronounced koh toe nee ASS ter, many pronounce it Cotton Easter.  There are numerous species of this evergreen plant, but I believe this one is the rockspray cotoneaster which can serve as an evergreen groundcover or low growing spreading shrub.  It is not fast growing but will spread over time.  It has beautiful white flowers in the spring, 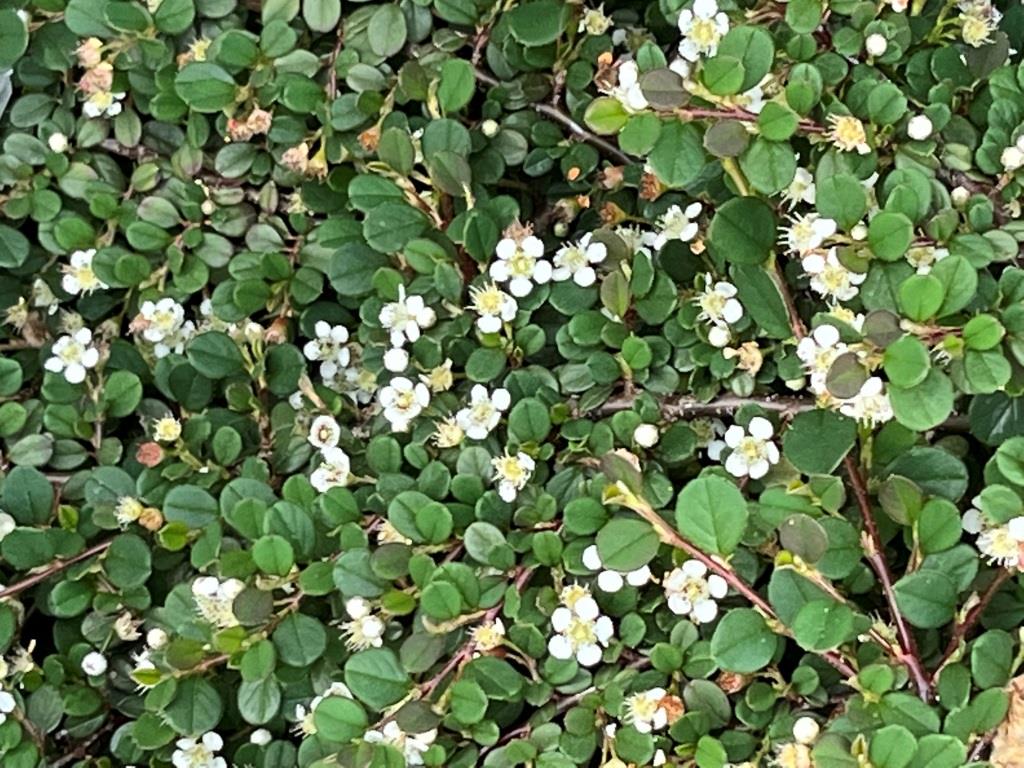 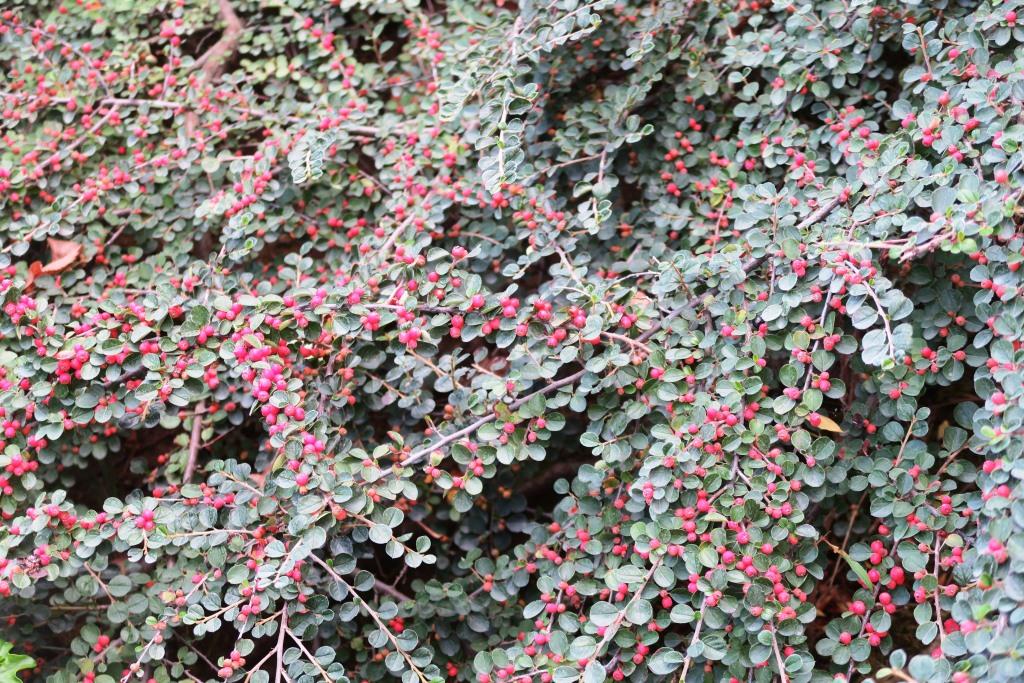 It is drought tolerant once, established, but can struggle in long, hot summers in south Arkansas, but should do fine in central or northern Arkansas. 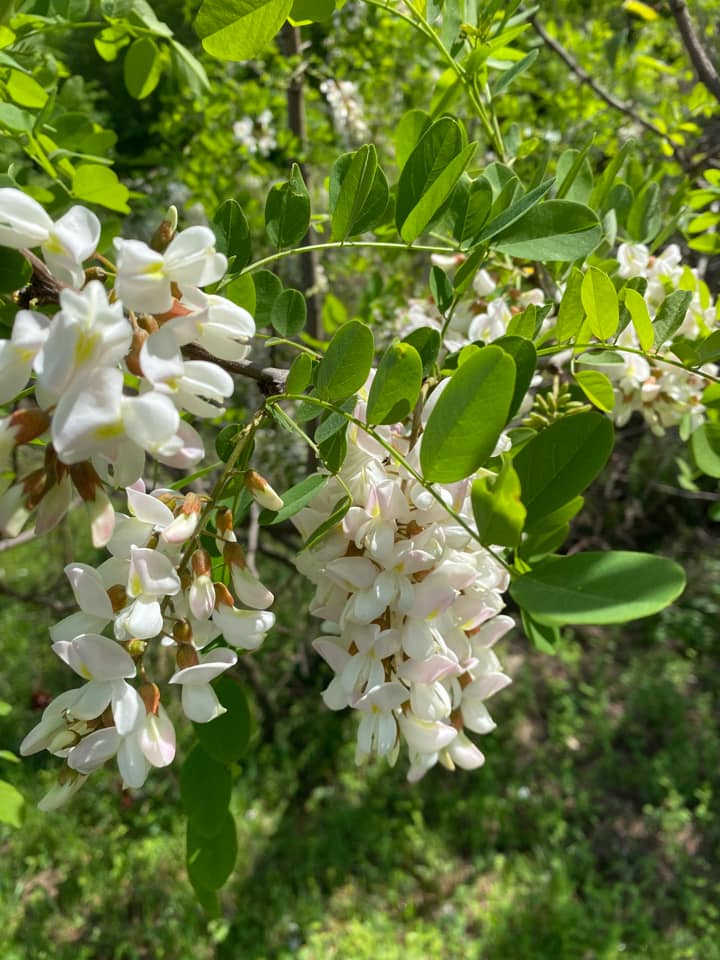 A mid-sized tree which is native from Pennsylvania to Missouri.  It can be pretty in late spring when it blooms with clusters of white flowers, which are followed by clusters of black seed pods.  While native, it can be invasive and often forms dense stands where it can choke out other vegetation. 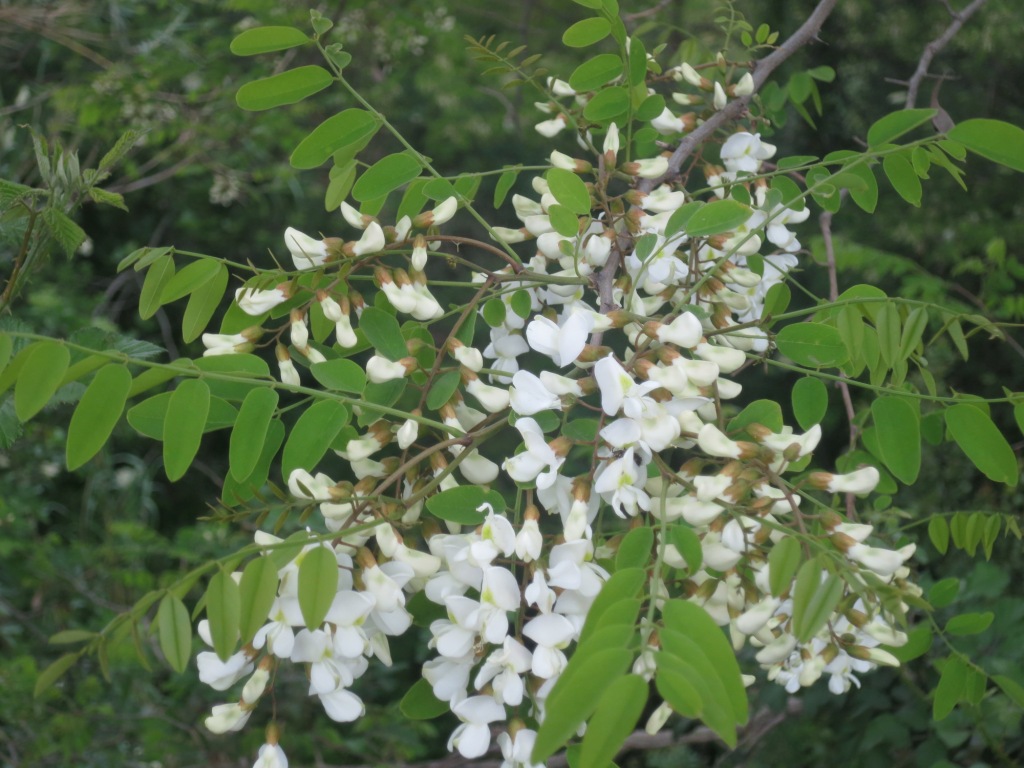 We don’t have it much in Arkansas, but I saw lots of it along the roadsides in Kentucky and Tennessee.  The seedlings can have large thorns and do grow rapidly. Probably best to avoid this one. 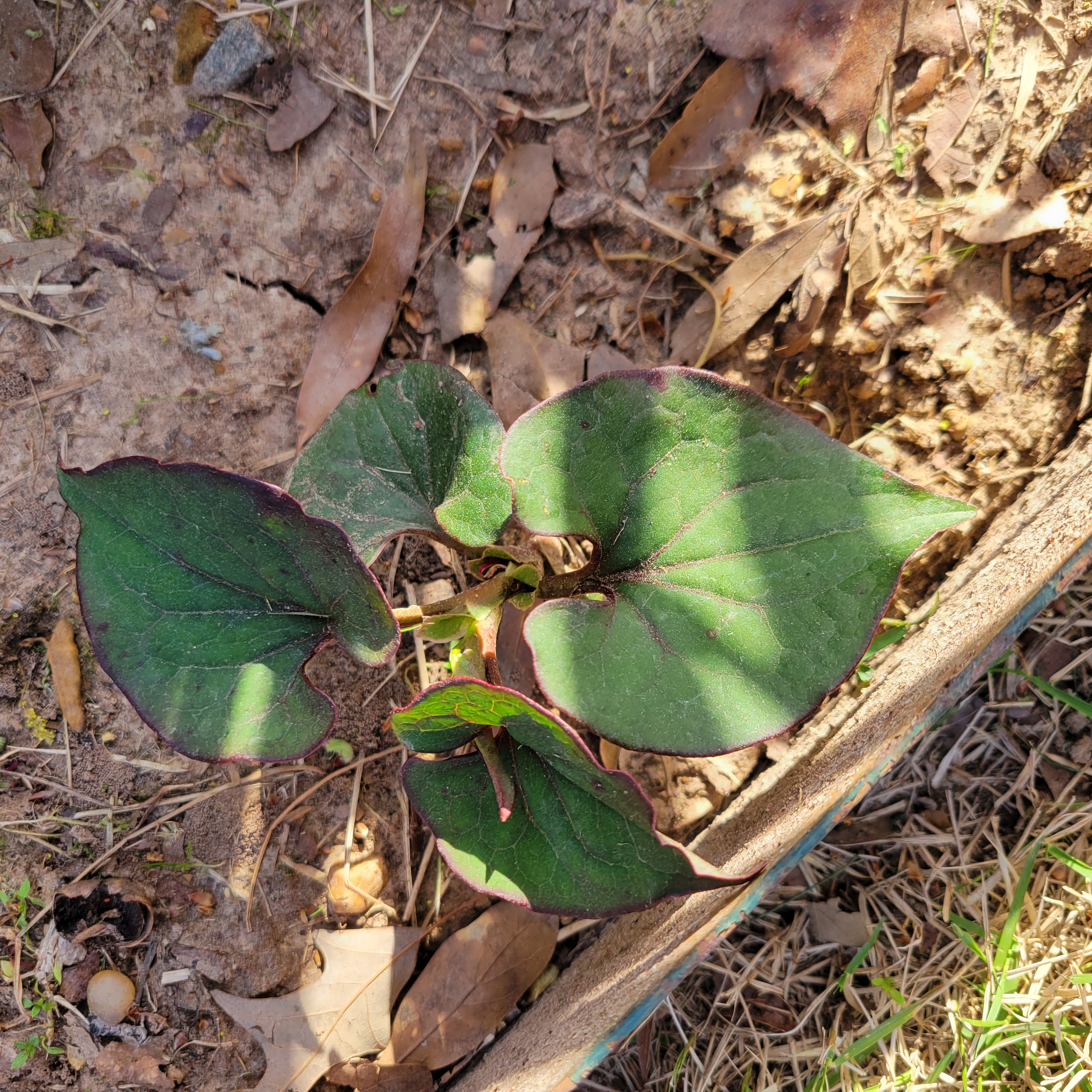 is a deciduous groundcover that will grow in sun or shade.  It can be invasive, especially in moist, well-amended soils.  There are two varieties—one has solid green leaves 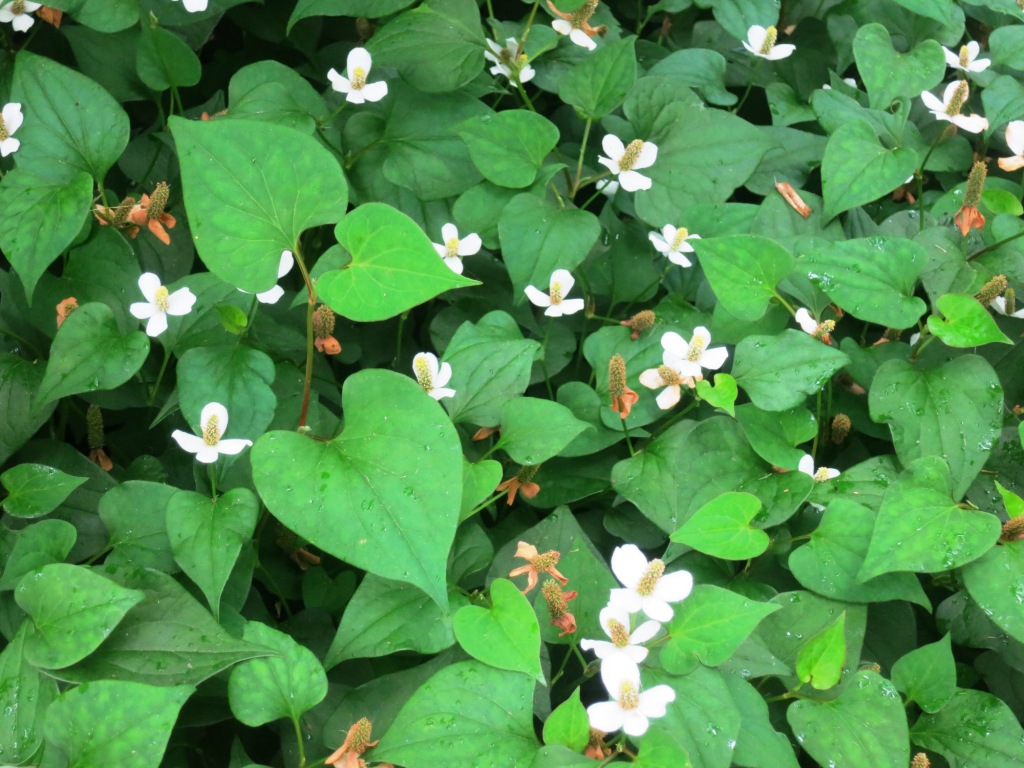 while the other has variegated foliage. 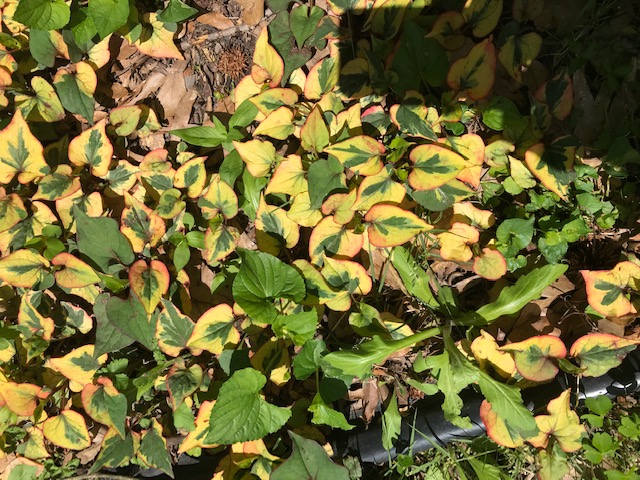 The more sunlight it receives, the more colors you will see in the variegated plant.  Many gardeners detest this plant, while a few actually like it. It spreads by underground rhizomes.  It blooms in late April through May.  Many find the “aromatic” foliage off-putting, but believe it or not, it is actually eaten in China and Vietnam!  Houttuynia has a four-pointed white bloom.