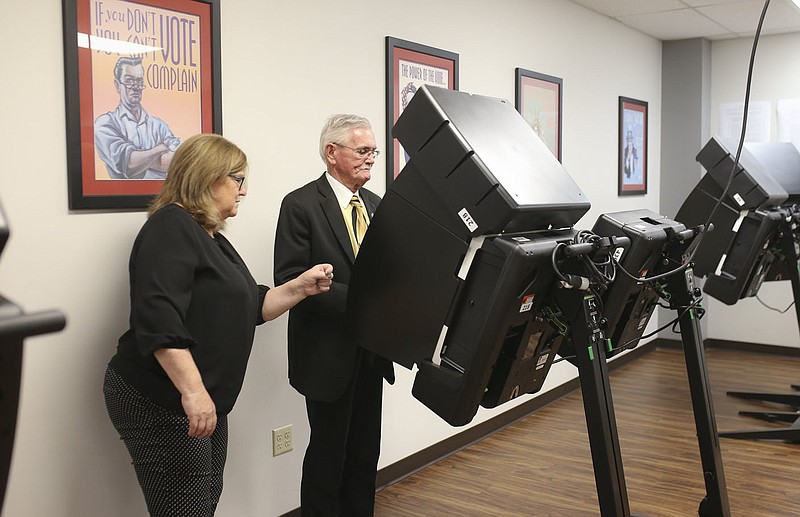 Election officials in Benton and Washington counties said the first day of early voting for the May 24 primary election was slower than expected.

"I thought we would be a lot busier," Jennifer Price, executive director for the Washington County Election Commission, said Monday afternoon. "The county courthouse has been the busiest of the voting sites so far."

"It's just been the usual first day kind of things where you may find a machine isn't working when you go to set up," Harrell said.

Early voting began Monday and will end May 23.

Washington County had encountered no problems with voting equipment, staffing or delays for voters, Price said.

"Everything got set up and going very smoothly," she said.

Price said the most frequent issue her poll workers had dealt with is a recurring one.

Price said there is one change in voter identification requirements for this election year that could impact some voters. In past elections, if a voter was unable to show a proper photo ID, he could sign a voter statement and was able to cast a provisional ballot. Now, she said, voters who are unable to show a proper ID have to return to the county clerk's office to show legal identification or their votes will not count.

Price said the law gives voters until noon on the Monday after an election to go to the clerk's office to show an ID, but this year that Monday is Memorial Day, so the deadline is noon May 31.

Chris Bright of Bentonville said voting is a civic duty and he always votes. Bright voted Monday at the Benton County Administration Building.

Jennifer Swartout of Bentonville voted Monday. She said voting is a priority to her.

With open primaries for the governor's office and a U.S. Senate seat at the top of the ballot in Arkansas, officials said they expect voter turnout in the May 24 election to hit close to 2018 primary levels.

Arkansas Secretary of State John Thurston's office predicted a turnout rate of about 20% among registered voters, or 360,000 ballots cast, up slightly from 19% in 2018. There are about 1.7 million registered voters in the state.

The statewide turnout in other recent midterm primary elections was 21% in 2014 and 29% in 2010, according to Thurston spokesman Kevin Niehaus, who said the office reached this year's estimate by looking at the last two primary cycles.

"Presidential election years tend to have a higher turnout," Niehaus said. "We expect 2022 to have more ballots cast than 2014 because with redistricting there are more state and county seats on the ballot than in other elections."

"Just because the amount of registered voters keeps going up," she said.

Price said she expected a higher than normal turnout for this year's primary and encouraged voters to take advantage of early voting to avoid lines on election day.

Nesa Bishop, chief deputy for the Sebastian County clerk's office, said the number of voters was near 600 as of Monday evening. She said that number was a lot lower than normal for the first day of early voting, when it is usually over 1,000.

"We were just talking about it earlier and wondering why it was so low," she said. "I have no idea the reason behind it. We were kind of amazed about it ourselves." 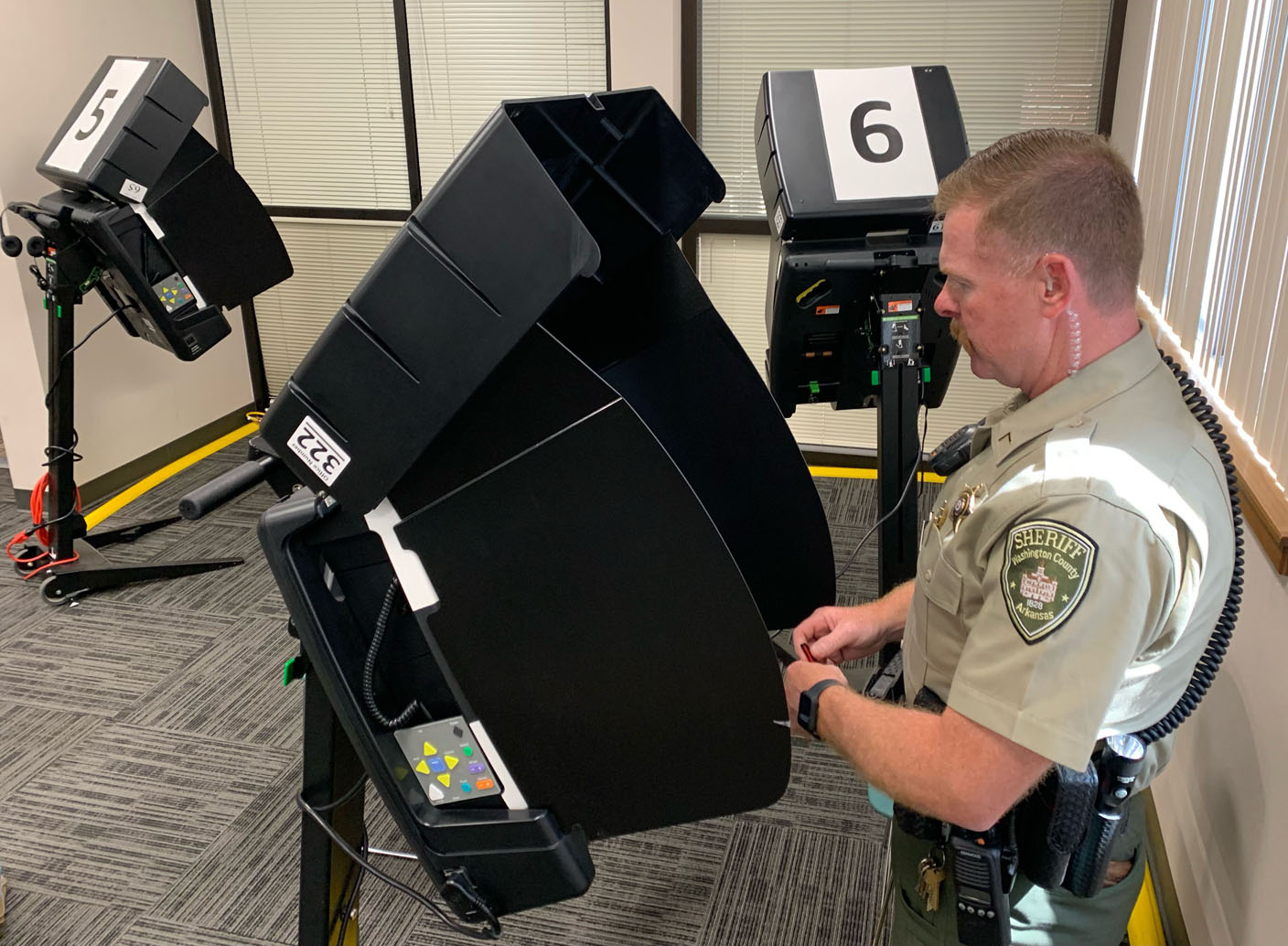 Voters may cast a ballot at any polling place in the county where they are registered to vote. Voters must provide a form of identification. No bags or purses are allowed in the Benton County Administration Building.

The following locations will be open for one to three days for early voting: