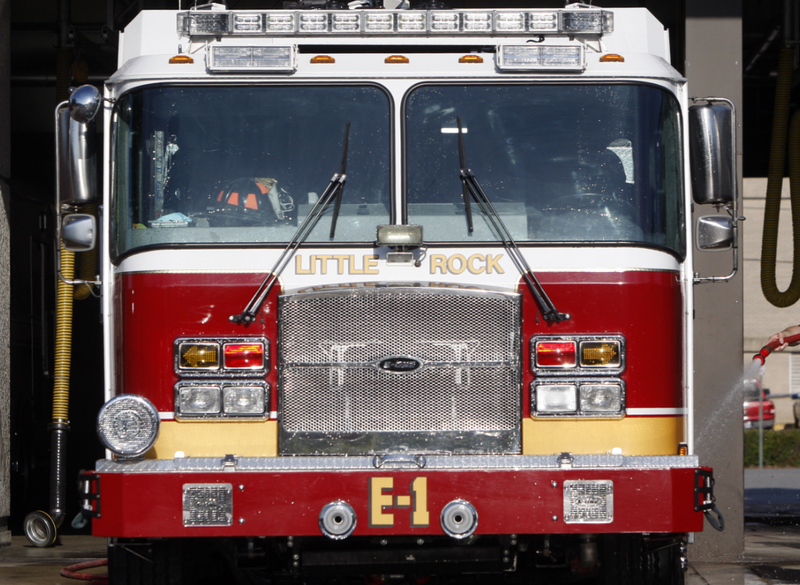 FILE - A Little Rock Fire Department truck is shown in this file photo.

Firefighters arriving on the scene shortly after 10:30 a.m. saw smoke and flames coming from the kitchen, where a fire had broken out, Little Rock Fire Department Capt. Jason Weaver. No one was injured, he said.

Crews were able to contain the fire to the kitchen and put it out, but smoke still spread throughout the structure, Weaver said.

By Tuesday afternoon, a fire marshal was investigating the cause of the fire and the health department had been notified, Weaver said.

The restaurant owner will need to make repairs and clean, and the health department will have to inspect the restaurant before it can reopen, Weaver said, which could take a few weeks.