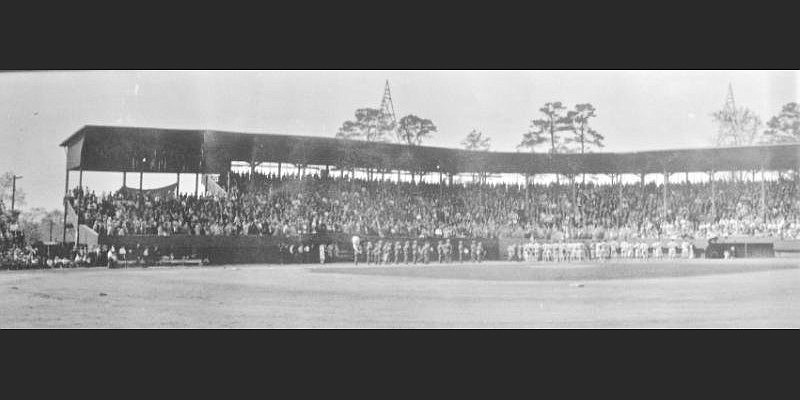 Baseball gloves were as small as oven mitts and Theodore Roosevelt was U.S. president when the Little Rock Travelers posed for photographs now displayed at Dickey-Stephens Park in North Little Rock.

Those 1901 photos and a potpourri of other memorabilia, some of it dating back to times when baseball actually was Our National Pastime, fill a snug museum that is usually but perhaps unfairly omitted from lists of Pulaski County visitor attractions.

The Arkansas Travelers Museum, open when that current Texas League team plays at home, is no doubt of greatest interest to the baseball fans who've paid $7 to $13 for a game ticket. But the buffet of exhibits also serves up a slice of Central Arkansas history going back to when the first automobiles foreshadowed the end of the horse-and-buggy era.

Museumgoers learn that the team has weathered an up-and-down existence of more than a century, with occasional gaps when the franchise went into hibernation. The name was changed in 1957 from "Little Rock Travelers" to "Arkansas Travelers" to expand the geographic appeal.

Once in the ballpark, it's free to enter the one-room museum on the main concourse to the third-base side of home plate. Viewing the jumble of bats, balls, jerseys, scorecards, trophies, photos and other collector's items is akin to rummaging in a pack-rat uncle's attic and turning up unexpected surprises.

Several photographs show the ballpark where the Travelers played from 1901 through 1931, on the present site of Little Rock Central High School's football stadium. Originally called West End Park, the field was renamed in honor of Judge William M. Kavanaugh.

Older Travelers' fans will relish the assorted memorabilia from Ray Winder Field, the team's beloved though antiquated home in War Memorial Park from 1932 until the move north across the Arkansas River in 2007 to spanking-new Dickey-Stephens Park.

A surprising object is a weathered kitchen stove. It belonged to groundskeeper Arthur "Rabbit" Reaves, who helped build Ray Winder Field. Then hired as head groundskeeper, Reaves set up a one-room apartment under the first-base grandstand where he lived for about 20 years.

Ray Winder is saluted on a museum plaque as "a .400 hitter in the game of life" for his longtime role in keeping the franchise alive. Before retiring in 1965, he devised the novel plan for public ownership that still functions.

The team's public face from 1976 to 2009 was Bill Valentine, a former major-league umpire who served as a publicity savvy general manager. He coined the phrase "the greatest show on dirt," which brought a claim of copyright infringement from Ringling Bros. and Barnum & Bailey circus. 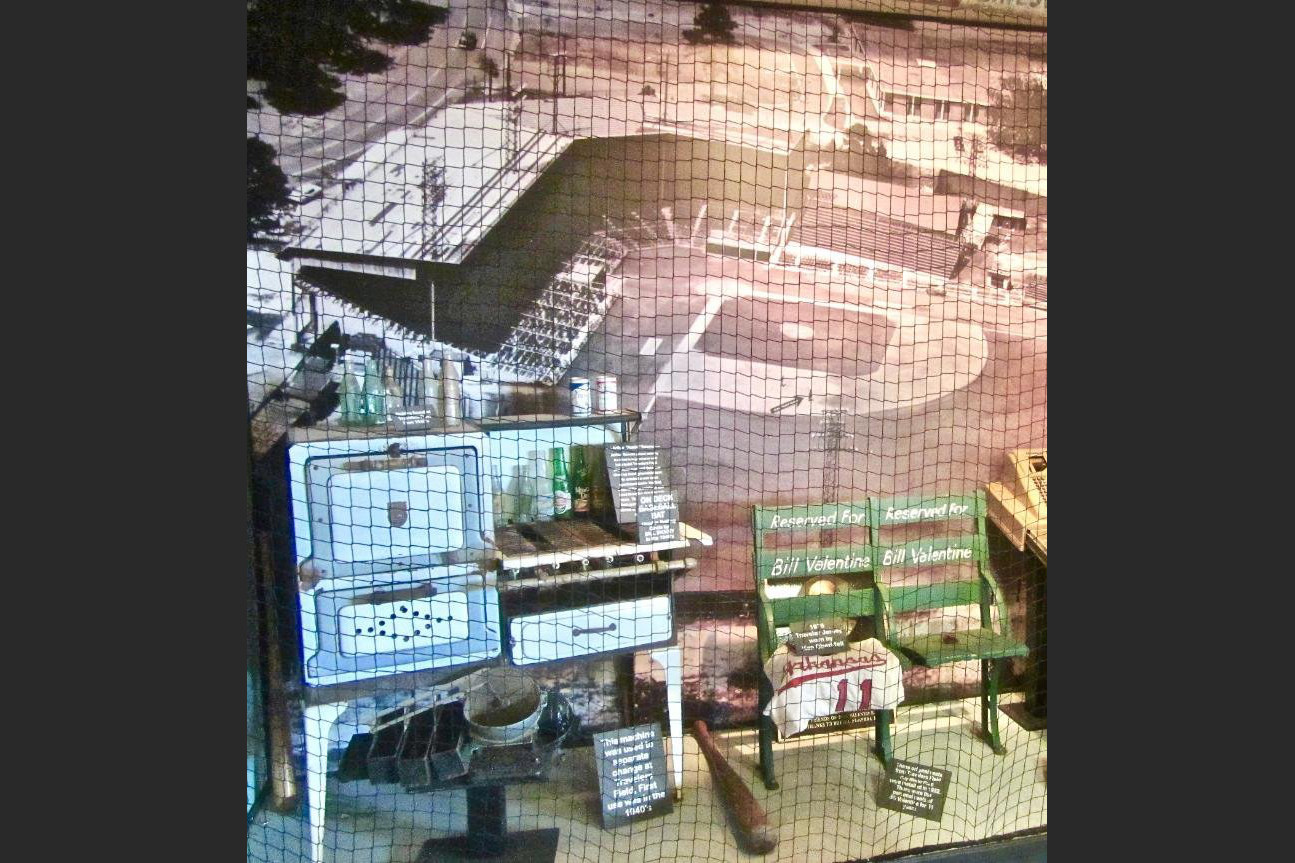 The Arkansas Travelers Museum is open and free to fans attending home games. One exhibit shows a weathered kitchen stove that belonged to groundskeeper Arthur “Rabbit” Reaves, who helped build Ray Winder Field. Reaves set up a one-room apartment under the first-base grandstand where he lived for about 20 years. (Special to the Democrat-Gazette/Jack Schnedler)
The museum houses the two green wooden seats from Ray Winder Field that were marked for years as reserved for Valentine. That sit-down shrine honors an impresario who relished ballpark stunts. On the yearly Clunker Car Night, he gave away rattletrap vehicles that still more or less ran. For two decades, he annually brought in Captain Dynamite, who would lock himself in a coffin and set off four sticks of dynamite.

One baseball on display was hit on April 12, 2007, as the first home run in Dickey-Stephens Park. It was powered by Curtis Pride, an unusual member of the Travelers for two reasons: He was 38 and near the end of his baseball career, almost a generation older than most of his teammates. He also was deaf, having lost his hearing to measles as an infant.

Along with the nostalgia embedded in the history of the Travelers, the museum commemorates one moment of tragedy. Three photographs depict Mike Coolbaugh, who was killed when a line drive struck him in the neck while coaching at first base for the visiting Tulsa Drillers at Dickey-Stephens Park on July 22, 2007.

A scattering of other U.S. baseball parks contain a museum featuring the hometown team. But hardly any were born from personal inspiration, as evidently was the case at Dickey-Stephens Park. The idea came from Valentine, whose cluttered office at Ray Winder Field had prompted any number of visitors to remark: "Hey, this place looks like a museum."

The Arkansas Travelers next play at Dickey Stephens Park on May 17-22 and May 24-29. Ticket information is available at milb.com/arkansas/tickets/.

Print Headline: Nostalgia is a hit