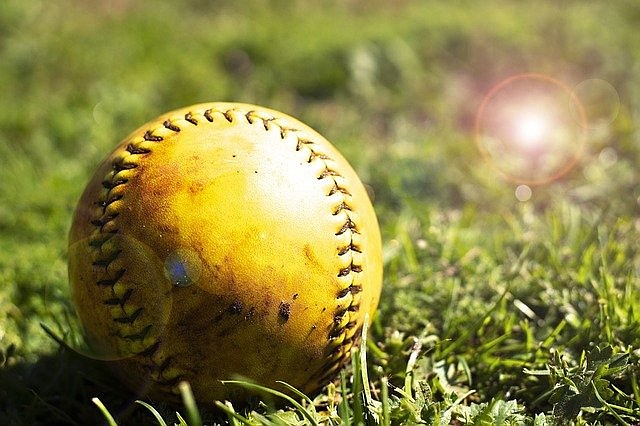 GREENLAND -- A bag of broken bats could have derailed Booneville's season. Instead, the Lady Cats are riding the victory train into this week's Class 3A state softball tournament.

Booneville coach Ronnie Denton said the long season had taken its toll on the team's softball bats, leaving several in pieces more than a week ago.

Denton said several members of the Booneville community raised more than $1,600 to purchase new bats, and the investment paid off as the Lady Cats claimed a 13-11 slugfest against Lincoln in the finals of the 3A-1 Regional Tournament on Monday, earning Booneville (26-1) a No. 1 seed in this week's state tournament in Harrison.

"It's crazy," said Denton. "Before we got here, I believe we had five home runs all year long. And we'd broken several bats, broke them in half in practice last week. So I asked for some donations around our community to get some new bats. We spent all weekend trying to get them broken in. And up here, I think we've hit six home runs, more than we hit all year."

Booneville (26-1) belted just one home run Monday, but it was a big one as catcher Joleigh Tate crushed a two-run shot to right field that finally gave the Lady Cats enough cushion to hold off Lincoln for the regional title.

The championship game featured two of the top rising underclassmen pitchers in the region as sophomore Lexi Franklin of Booneville took the circle against Lincoln freshman Brinkley Moreton. But on a warm, windy afternoon, the anticipated pitching duel turned into a slugfest for both teams.

Booneville jumped to a 7-1 lead in the second as Franklin ripped a pair of two-run triples for the Lady Cats. That lead lasted just a brief time as the Lady Wolves (28-6) came roaring back to pull within 7-6 in the top of the third inning and could have done more damage with runners left at second and third.

After Moreton struck out the side in the bottom of the inning, Lincoln struck again, scoring three more runs to take a 9-7 lead. Two runs came across on a Booneville error as Lincoln's Lily Riherd laid down a sacrifice bunt that went awry for the Lady Cats when Franklin attempted a glove toss to first that sailed high. Franklin limited the damage with a pair of strikeouts with Lincoln runners at second and third.

"We went out there and told (Lexi) she had this," said Tate. "We told her that there was nothing out here that could stop her. She's one of the best pitchers and we knew she'd bounce back and she did."

Trailing 9-7, Booneville recaptured the lead in the bottom of the fourth. Franklin belted her third triple of the game to make it 9-8, then Tate unloaded on a Moreton pitch and crushed a two-run homer to deep right for a 10-9 lead. The Lady Cats never trailed again.

Booneville later went up 13-9 before Lincoln got one back in the sixth and another in the seventh on Moreton's deep home run blast to left for the 13-11 final.

Booneville will take on Rivercrest at 3 p.m. Thursday in Harrison, while Lincoln will tangle with Hoxie at 12:30 p.m.

In Monday's third-place game, Hackett crushed Valley Springs 14-1 to earn the No. 3 seed at the state tournament.

The Eagles jumped on Elkins early and rolled to a run-rule win in the championship game of the 3A-1 regional tournament.

Paris (18-4) built a 10-1 lead after two innings put the game away with five more runs to end it in six innings. The Eagles will carry the No. 1 seed into this week's 3A state tournament and will take on No. 4 seed Rosebud at 3 p.m. Thursday in Harrison.

Duke Walker belted a pair of doubles for Paris and Cooper Haley drove in three runs.

Elkins will take on Pangburn at 12:30 p.m. Thursday in the first-round of the state tournament.