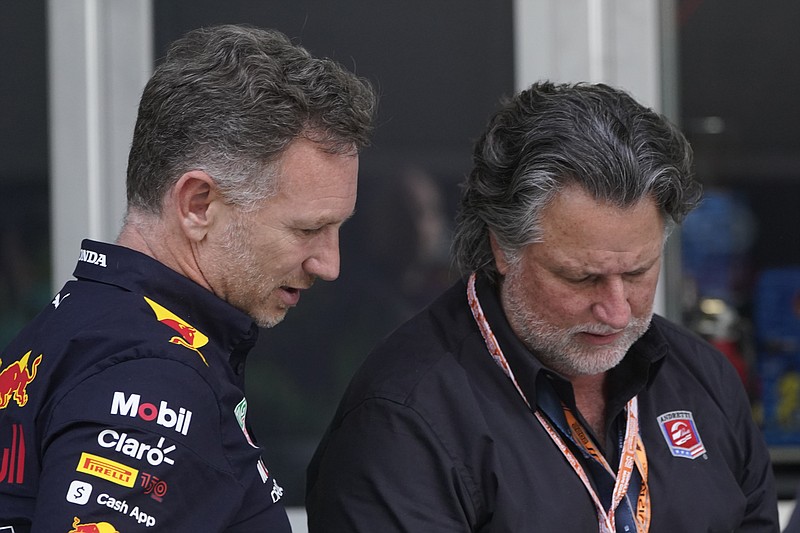 MIAMI GARDENS, Fla. -- Michael Andretti walked through the Formula One paddock quite literally going door-to-door. He wants into the most exclusive club in motor sports and figured pleading his case to the current team bosses was his best shot.

Andretti carried with him a white Miami Dolphins folder -- he said he borrowed it from the promoters of the inaugural Miami Grand Prix last weekend -- and inside was a piece of paper asking the 10 current F1 team leaders to support the addition of Andretti Global to the grid.

By the time he made it to the end of the paddock, Andretti's chances seemed grim. He left his conversation with Red Bull principal Christian Horner -- held in the outdoor, open area of Red Bull hospitality -- with only two signatures. Horner did not sign.

Andretti didn't even bother going next door to Mercedes, where boss Toto Wolff has not wavered in his opposition to adding teams because he believes that would dilute profits for those on the grid.

Andretti was discouraged but not defeated. By the time Sunday's race began, he said he felt a lot better about his chances of returning the Andretti name to F1.

Andretti told The Associated Press he had an encouraging meeting with F1 CEO Stefano Domenicali. He said the same thing to new FIA president Mohammed Ben Sulayem when they spoke before the race.

"We finally have some direction," Andretti told AP. "It's the first time we've been given any direction on how to make this happen."

Just when it seemed that Andretti had no shot at cracking the country club -- there's a $200 million buy-in fee -- he was given hope. It had to have been encouraging that Sulayem, who was elected head of F1's governing body in December, not only recognized Andretti but stopped to lean into his ear for an exchange in which Sulayem did most of the talking.

The Andretti effort to field an American team was the talk of F1's first-ever race in Miami. The North American market has at last embraced the series -- Sunday's race on ABC was the most-watched live F1 race in U.S. history -- and Andretti has said he wants to expand the famed racing name.

Mario Andretti, Michael's father, is the 1978 F1 champion and one of the greatest drivers in motor sports history. But there has not been an American driver in F1 since Alexander Rossi in 2015. The only current American team is Haas F1, which is owned by California businessman Gene Haas, partially headquartered in North Carolina but does not employ any American drivers.

Michael Andretti, who spent the 1993 season commuting back and forth from the U.S. to Europe to drive for McLaren in F1, wants to put IndyCar driver Colton Herta of California in his seat.

Andretti maintains he's committed to a true effort, and argues an American team with an American driver can only add to F1's financial worth. He figures Andretti involvement will help all existing teams court North American sponsorship.

Wolff said he has yet to see any benefit to expanding the grid to anyone and estimates F1's current successful teams have "put more than a billion into the Formula 1 projects over the years."

"We have 10 entries today, we divide the prize fund among those 10 entries," Wolff said. "If a team comes in, how can you demonstrate that you're bringing in more money than it's actually costing? The 11th team means a 10% dilution for everybody else. So if one is able to demonstrate that, then we should all be sitting on the table and cheer for such an entry. But that hasn't been demonstrated yet."

Zak Brown, the head of McLaren Racing, joined Alpine CEO Laurent Rossi as the only F1 team leaders to sign Andretti's form in Miami. Brown, a Californian, has a long relationship with the Andrettis and announced Tuesday he will let Mario Andretti drive a McLaren F1 car at the U.S. Grand Prix in October.

He also said he believes Andretti Global would be a benefit.

"A very credible racing team with a credible brand, with the right resources, I think is additive to the sport," Brown said. "That appears to be what Michael has put together. So, on that basis, we are supportive."

Laurent Rossi said he believes adding an American team "goes along with the expansion in the U.S." There are two F1 races in the United States this year for the first time since 1984, and a 2023 trip to Las Vegas will make three American races on the schedule.

"An American team will directly generate interest in the U.S., and therefore, revenue," Rossi said. "We need to demonstrate that it's enough to compensate for the dilution that Toto was mentioning. Gut feeling? I think he would." 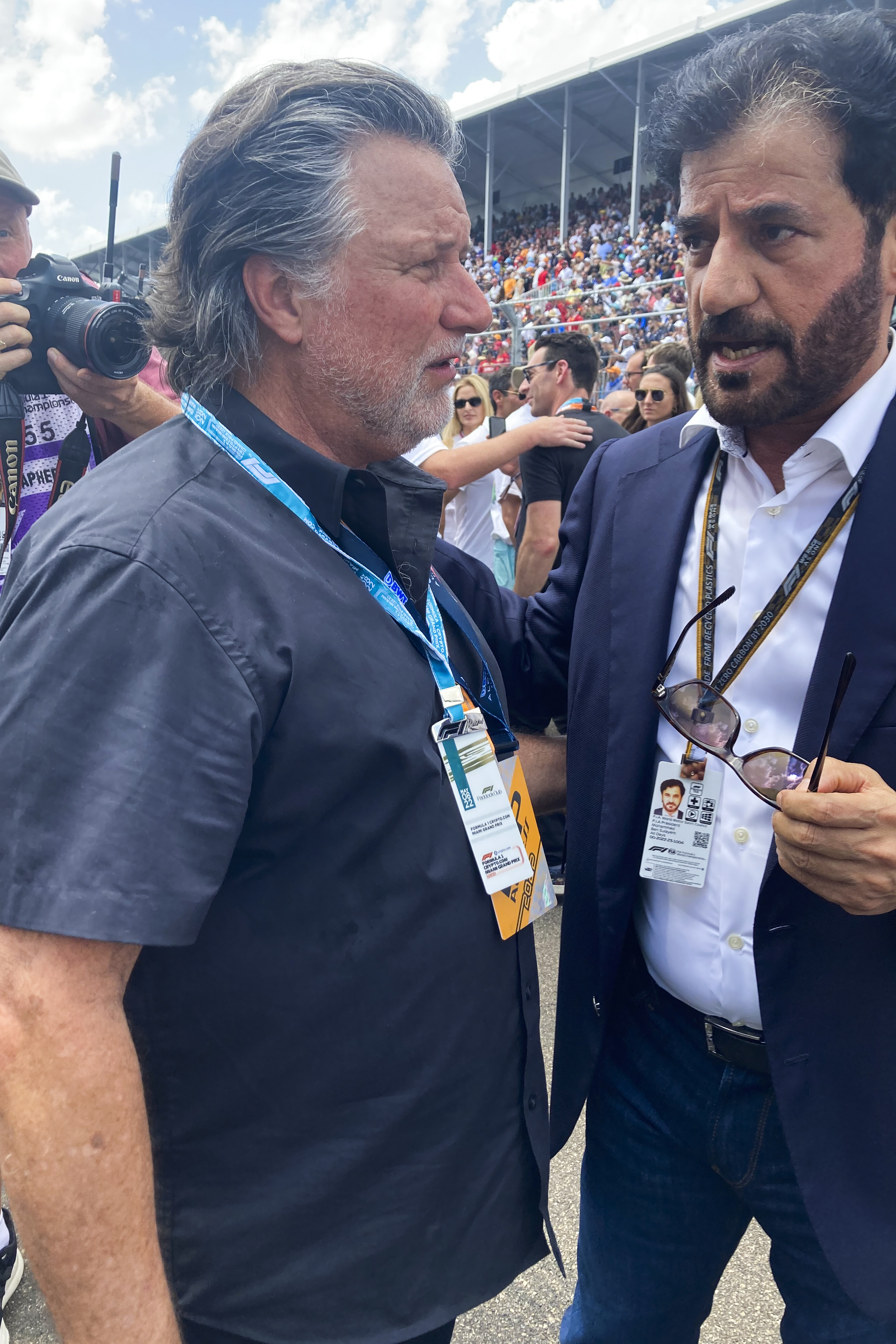 Michael Andretti, left, talks with FIA President Mohammed bin Sulayem before the Formula One Miami Grand Prix auto race at Miami International Autodrome, Sunday, May 8, 2022, in Miami Gardens, Fla. Michael Andretti walked through the Formula One paddock going door-to-door -- quite literally -- attempting to drum up interest in his bid to bring an American team to the series. (AP Photo/Jenna Fryer)