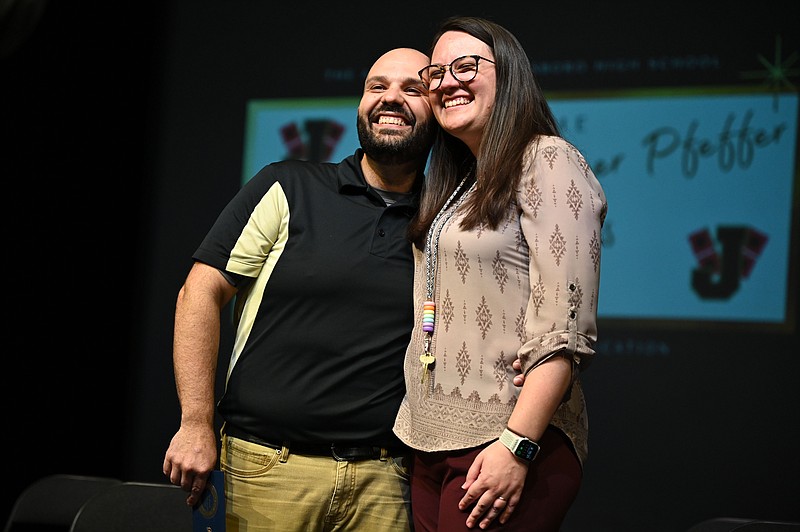 Grant Harbison, the Jonesboro Band Director, and his wife, Leah, react after learning Harbison won the Milken Educator Award for $25,000 during a school assembly at the Academies at Jonesboro High School on Wednesday, May 11, 2022. (Arkansas Democrat-Gazette/Stephen Swofford)

Harbison, a Jonesboro native who returned to his alma mater to teach and share his love of music, learned about the award during a surprise announcement at a school assembly.

Harbison is among more than 60 educators nationwide who will receive a Milken Award during the 2021-22 school year, and the second from Arkansas.

The last Milken recipient in the Jonesboro School District was in 2013.