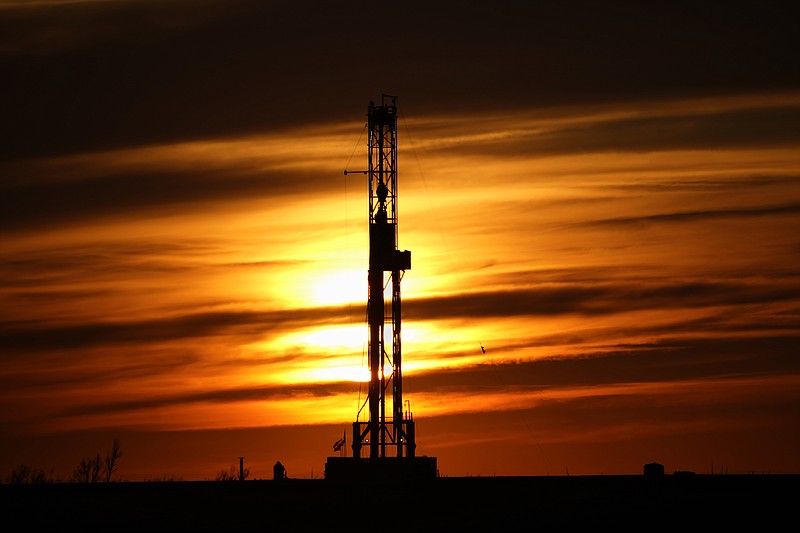 The case has not been tried but a federal judge blocked the order, saying only Congress could suspend the sales.

Biden's order was "a straightforward articulation of the President's views as to how Interior should use the ample discretion Congress has granted the agency," Andrew M. Bernie and other attorneys wrote.

U.S. District Judge Terry Doughty in Monroe had no authority to review Biden's order because the president is not an "agency" subject to the Administrative Procedure Act, they wrote.

Doughty found that states which challenged the order were likely to prove that the Interior Department violated that law by acting arbitrarily and without giving "any rational explanation." He also found that since laws governing the lease sales don't say the president can "pause" them, only Congress may do so.

Lawyers for Louisiana and a dozen other states say a 1987 law setting out how to sell oil and gas leases requires such sales at least four times a year in states with eligible land.

"But with the stroke of a pen just a week after he took his oath of office, President Biden put his campaign promises above federal law: By executive fiat, he halted oil and gas leasing on federal lands," said the brief by attorneys led be Louisiana Solicitor General Elizabeth B. Murrill, the top constitutional lawyer in the Louisiana Attorney General's Office.

After Doughty ruled for the states, the Interior Department held an offshore lease sale -- which a federal judge in Washington canceled. Four onshore lease sales are scheduled next month -- for land in Nevada on June 14; New Mexico, Oklahoma and Colorado on June 16; Wyoming on June 22 and Utah, Montana and North Dakota on June 28.

However, the administration scaled back the amount of land originally on offer and raised royalty rates 50% from 12.5% to 18.75%. That's the amount charged for desirable deep water offshore leases, while those in less than 656 feet of water are charged the 12.5% minimum.

Biden has come under pressure to increase U.S. crude production as fuel prices spike because of the coronavirus pandemic and war in Ukraine. From within his own party, the Democrat faces calls to do more to curb emissions from fossil fuels that are driving climate change.

Oil companies have been reluctant to ramp up, saying there are not enough workers, scant money for new drilling investments and wariness that today's high prices won't last.

Information for this article was contributed by Matt Brown of The Associated Press.