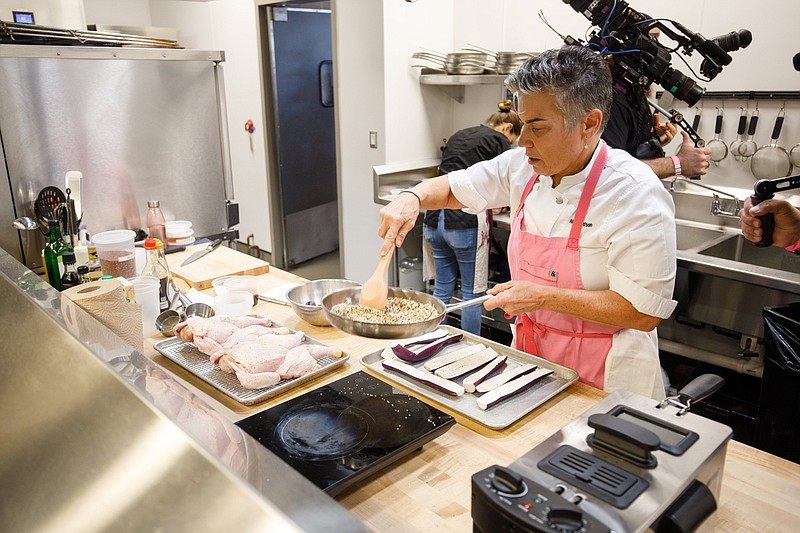 Watson prevailed in the finale of the six-part cooking competition series that aired Tuesday and won a $250,000 investment from restaurateur and Food Network star Geoffrey Zakarian.

In a Twitter post Tuesday after the finale aired, Watson, 62, said she was “overwhelmed with love over here. I can’t believe I just won [‘Big Restaurant Bet’]. I’m humbled that I was able to rep my grandparents, my vision, and be an advocate for all the [plant-based] folks out there.”

Watson is the owner of Vito and Vera, a plant-based “culinary wellness business” that she started in 2020 after a career as an occupational therapist. She creates locally sourced, plant-based meals and delivers them throughout Little Rock, North Little Rock and Maumelle.

Her career as an occupational therapist sparked her interest in culinary wellness.

“I looked at my patients, who were receiving all kinds of therapies and yet their comorbidities were increasing, and I wanted to do something for them,” she said in an interview with the Democrat-Gazette last week. “That’s when I realized that food was medicine and decided to do plant-based food.”

The six-episode series debuted April 5 with eight chefs competing in challenges presented by Zakarian. In the finale, Watson faced off against Torrece “Chef T” Gregoire of Draper, Va.