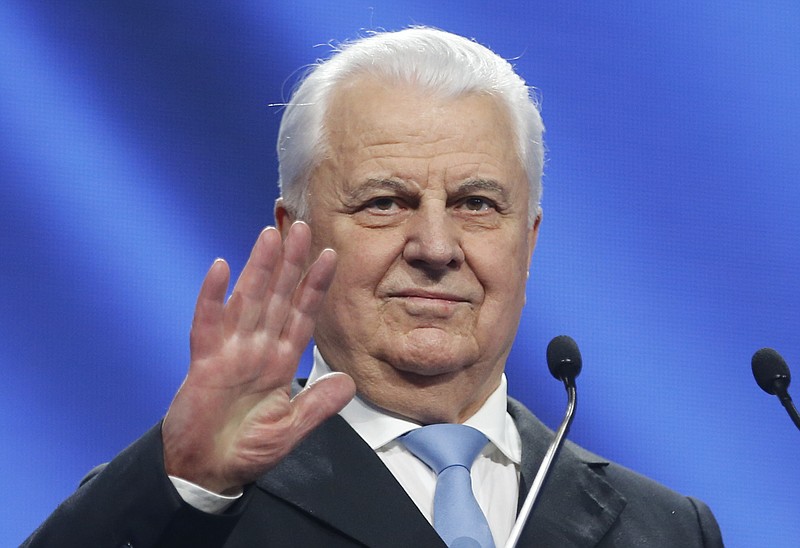 FILE - Former Ukrainian President Leonid Kravchuk addresses to supporters of former Ukrainian Prime Minister Yulia Tymoshenko during a campaign rally in Kyiv, Ukraine, Tuesday, Jan. 22, 2019. Kravchuk, who led Ukraine to independence amid the collapse of the Soviet Union and served as its first president, has died, a Ukrainian official said Tuesday, May 10, 2022. He was 88. (AP Photo/Efrem Lukatsky, file)

KYIV, Ukraine -- Leonid Kravchuk, who led Ukraine to independence during the collapse of the Soviet Union and served as its first president, died Tuesday, Ukrainian officials said. He was 88.

Ukrainian President Volodymyr Zelenskyy paid tribute to Kravchuk, calling him not just a historical figure but "a man who knew how to find wise words and to say them so that all Ukrainians would hear them."

Zelenskyy said Kravchuk died Tuesday but gave no details of the circumstances. He had been in poor health and underwent a heart operation last year.

Kravchuk led Ukraine as its Communist Party boss in the waning years of the Soviet Union, and played a pivotal role in the demise of the USSR before holding the Ukrainian presidency from 1991-94.

He was a driving force in Ukraine's declaration of independence from the Soviet Union in 1991 and later that year joined with the leaders of Russia and Belarus to sign an agreement on Dec. 8, 1991, which formally declared that the Soviet Union ceased to exist.

As president, Kravchuk agreed to transfer remaining Soviet nuclear weapons on Ukrainian territory to Russian control, in a deal backed by the United States.

He lost the 1994 presidential election to former Prime Minister Leonid Kuchma. In 2020 he returned to politics to try to negotiate a settlement as part of a "contact group" for the conflict in eastern Ukraine, where Russia-backed separatists had fought Ukrainian forces since 2014.

"Thank you for the peaceful renewal of our Independence. We're defending it now with weapons in our hands," Reznikov wrote Tuesday.

Participants in the historic Dec. 8 meeting at a hunting lodge in the Belovezha forest, in what is now Belarus, said Kravchuk rejected any efforts to keep the Soviet Union going with reforms.

"Kravchuk was focused on Ukraine's independence," the first president of post-Soviet Belarus, Stanislav Shushkevich, told The Associated Press in an interview last year. "He was proud that Ukraine declared its independence in a referendum."

Zelenskyy said Kravchuk's ability to speak to Ukrainians was particularly important in "difficult, crisis moments, when the future of the whole country may depend on the courage of one man."

Noting that Kravchuk had lived through World War II and the occupation, Zelenskyy said he knew the price of freedom and with all his heart wanted peace for Ukraine. 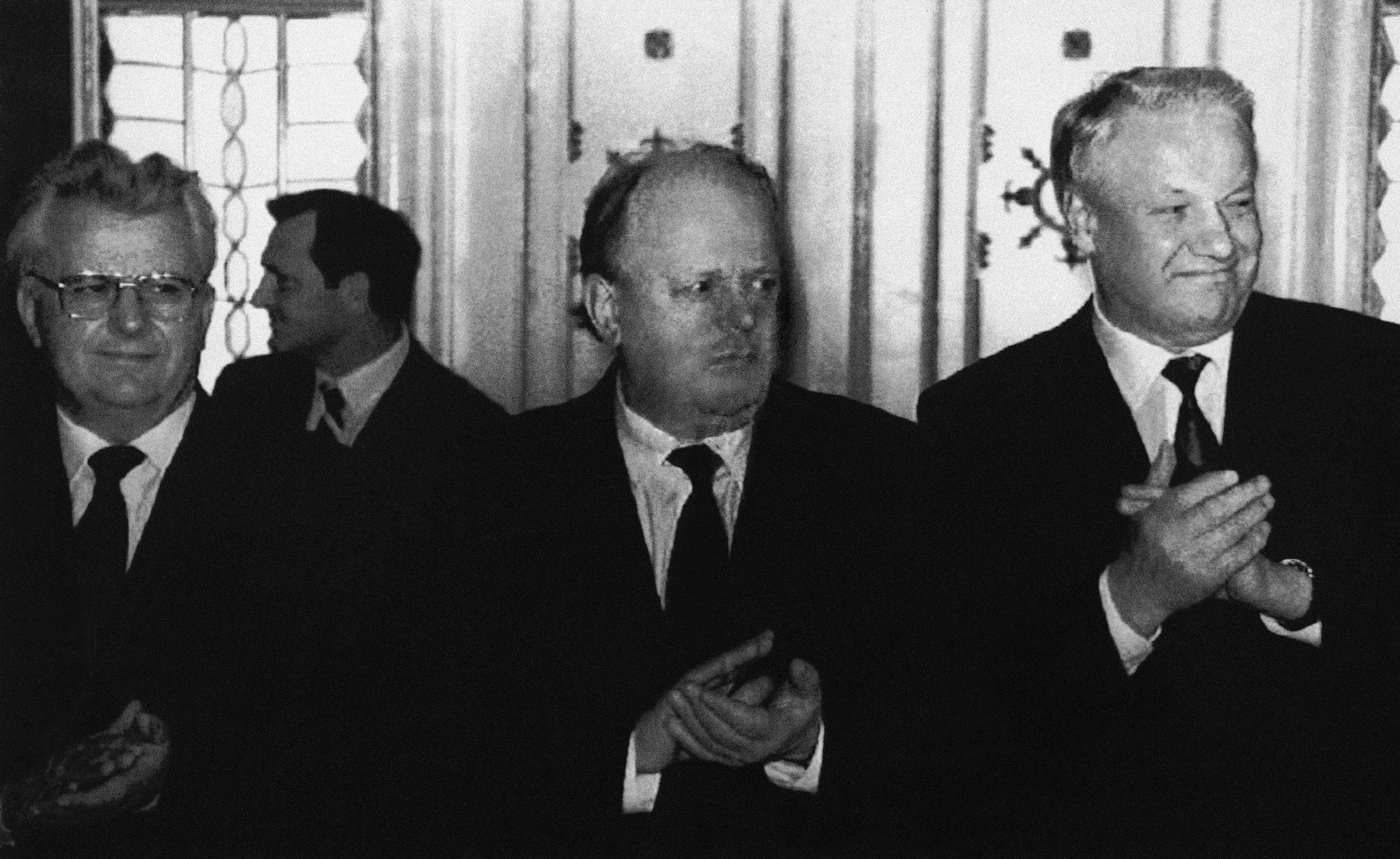 FILE - Russian President Boris Yeltsin, right, with Ukrainian President, Leonid Kravchuk, left, and Belarus leader Stanislav Shushkevich, centre, applauds after signing a communique agreeing to set up a new Community of Independent States in Raouchani, Byelorussian Soviet Socialist Republic, USSR, Sunday, Dec. 8, 1991. Shushkevich, the former leader of Belarus who led it to independence during the breakup of the Soviet Union, has died. He was 87. Shushkevich died early Wednesday, May 4, 2022 according to his wife. Last month, he was hospitalized for a few days after contracting COVID-19. (AP Photo, File) 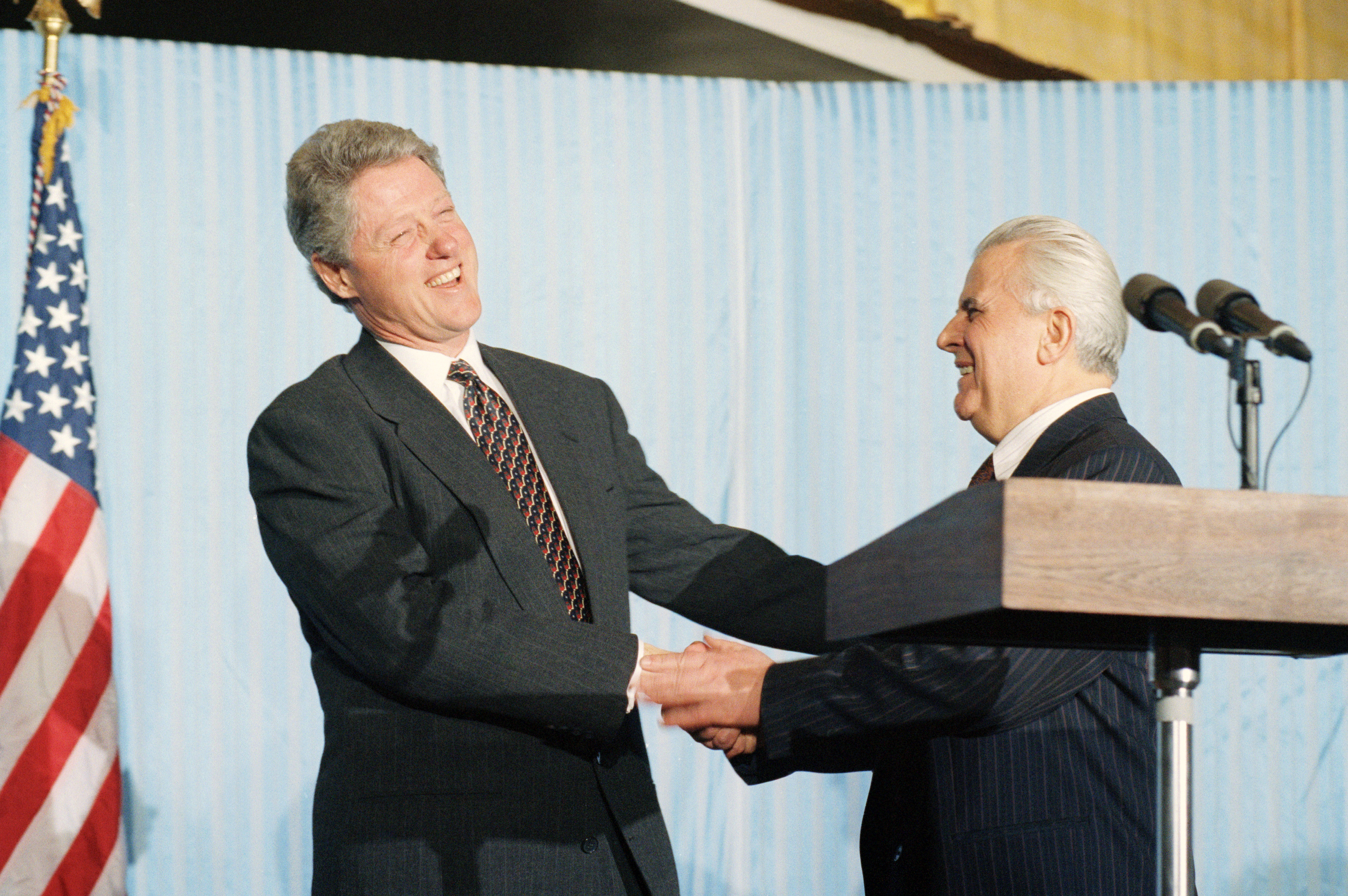 FILE - U.S. President Bill Clinton and Ukrainian President Leonid Kravchuk shake hands following their press conference at Kyiv's airport, Jan. 12, 1994. Kravchuk, who led Ukraine to independence amid the collapse of the Soviet Union and served as its first president, has died, a Ukrainian official said Tuesday, May 10, 2022. He was 88.(AP Photo/Marcy Nighswander, file) 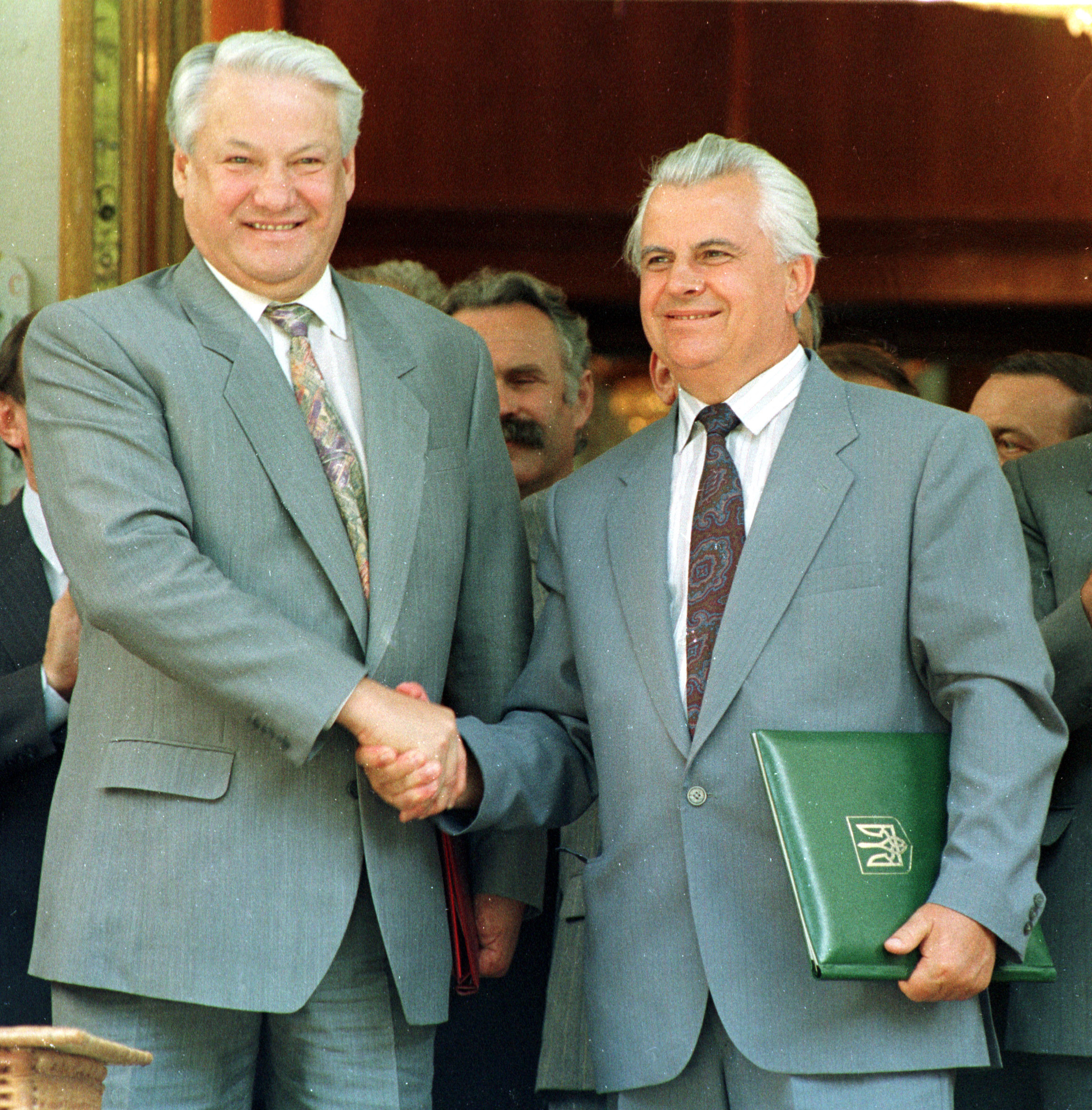 FILE - President Boris Yeltsin, left, shakes hands with Ukrainian President Leonid Kravchuk during his visit to Ukraine, Yalta, Aug. 3, 1992. Kravchuk, who led Ukraine to independence amid the collapse of the Soviet Union and served as its first president, has died, a Ukrainian official said Tuesday, May 10, 2022. He was 88. (AP Photo/Efrem Lukatsky, File)