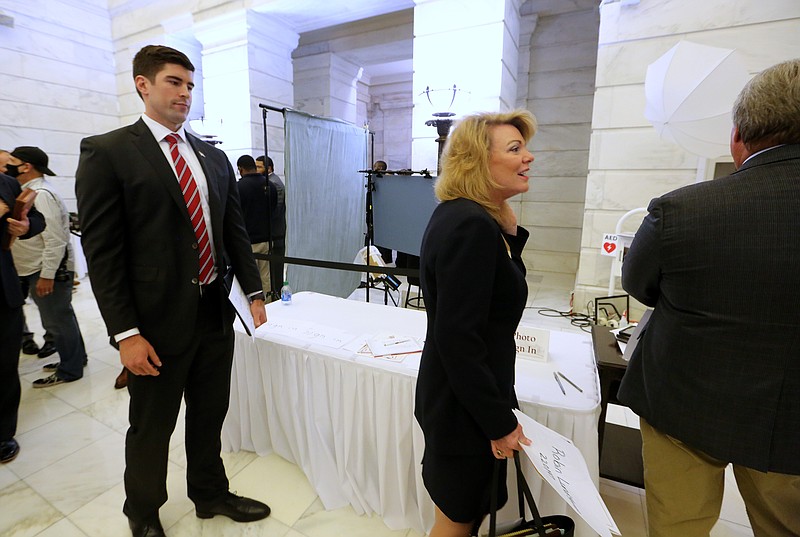 Early voting for the state's May 24 primary election began Monday.

Bequette's first name was misspelled as "Jack" on ballots in Craighead and Phillips counties as a result of a proofreading error that took place on the county level during the ballot preparation process, according to Arkansas Secretary of State John Thurston's office.

Thurston spokesman Kevin Niehaus said the office became aware of the error in Craighead County on April 28 and Phillips County on May 6 and notified the counties on those days.

He said that while Phillips County probably would not have had enough time to fix its ballots, the office advised Craighead County to do so. He added the secretary of state's office has and will continue to encourage the counties to fix their ballots for election day voting.

In a written statement, Thurston said he was disappointed Craighead County did not correct the error.

"After candidate filing, my office sent a certified list of candidates to each county and Mr. Jake Bequette's name was correct on that certification. An error was made by the county during the preparation of the ballots," he said.

Thurston added that his office had alerted the county that Arkansas code requires a county to hold a public meeting to explain the error, give a solution to the error, or explain why the error can't be fixed.

"The county failed to comply in both cases," he said.

Jennifer Clack, election coordinator for Craighead County, said the county did not have enough time to make the correction.

"We get these ballots ready weeks and weeks ahead of time," she said. "I don't think people realize how far in advance we have to get this done. ...Unfortunately we're human and mistakes can be made."

Clack said the county put up signs with Bequette's correct name at all voting sites.

In a news release, Bequette claimed the error amounted to "the establishment political machine" trying to steal the election and called on Thurston and Arkansas Attorney General Leslie Rutledge to launch an investigation.

"For weeks, statewide election officials have known that my name was going to be listed incorrectly on ballots here in Arkansas, but they refused to act," Bequette said.

Bequette is one of three Republican candidates challenging GOP incumbent Sen. John Boozman for the party's nomination, along with Heath Loftis and Jan Morgan.

Thurston said he has instructed the director of the State Board of Election Commissioners to inform Bequette of the complaint process. He also said he could relate to Bequette's frustration because his own name was spelled incorrectly on the ballots in another county in the 2018 general election.

Niehaus said errors are made in each election, and more often than the office would like.

"Unfortunately, it happens. I would say there are at least a half a dozen to a dozen instances of this every election," he said. "A lot of times it gets fixed ahead of time."

Officials in that county said Foster's name will be correct on election day ballots.