With the average price of gasoline in Arkansas rising, the Arkansas Scholarship Lottery's revenue and the amount raised for college scholarships in April slipped from a year ago.

In April 2021, the lottery's revenue reached $65.5 million and the net proceeds for scholarships hit $12.2 million, with $1,400 federal stimulus payments boosting incomes for many Arkansans last spring.

The lottery started selling tickets Sept. 28, 2009. It's helped raise money for Arkansas Academic Challenge Scholarships for more than 30,000 students during each of the past 11 fiscal years.

But the number of students receiving the scholarship hasn't reached 30,000 yet in fiscal year 2022 that ends June 30 and may not exceed that level, according to a spokeswoman for the state Division of Higher Education.

Hagler said reports show that gas prices were up an astounding 8.3% in April.

"Rising gas prices has assuredly caused a reallocation in consumer discretionary spending," he said in a written statement. "Record fuel costs necessarily trickle-down to all consumer spending -- for both discretionary goods and necessities."

It's noteworthy that consumers are reporting more and more reliance on credit cards to meet their monthly household budgets, Hagler said. Living on credit is unsustainable in the long run and means consumers will shed certain discretionary expenses, he said.

Vicki Skaggs of Benton said Wednesday she has dramatically trimmed her lottery ticket buying from $20 a day to $6 to $8 over the course of four days because the price of gasoline has been going up in the past few weeks.

"You have got to pinch those pennies," she said.

Two months ago, Skaggs said she was considering adjusting her lottery ticket-buying habit with the rising cost of gasoline and she expected gas prices to rise to over $5 per gallon. But gas prices haven't reached that level.

He said draw-game ticket sales are uniquely tied to the jackpot amount.

Fiscal year 2022 has not produced a series of high-rolling jackpots in the multistate games, which has compressed revenue for the draw games, Hagler said.

Hagler said the lottery has beat its budget for net proceeds for scholarships so far in fiscal 2022 by $9.2 million.

The Arkansas Academic Challenge Scholarship is financed with the lottery's net proceeds along with $20 million a year in state general revenue.

The state Division of Higher Education has awarded those scholarships to 27,918 students and disbursed $73.4 million so far in fiscal 2022, said division spokeswoman Alisha Lewis.

"I suspect the numbers should increase but ... I am not sure it will increase beyond the thirty thousand threshold for ACS," she said.

The division forecast that it would hand out $90 million in these scholarships to 31,200 students in fiscal 2022, after awarding about $86 million a year ago.

The amount handed out for the Academic Challenge Scholarship peaked at $132.9 million in fiscal 2013 going to 33,353 students. Scholarship totals have dropped largely because the Legislature cut the amount of initial awards several times.

The 2017 Legislature created the Workforce Challenge Scholarship to use excess proceeds to provide up to $800 a year for students enrolled in programs that lead to qualifications in high-demand occupations.

The 2019 Legislature created the Concurrent Challenge program. High school juniors and seniors are eligible to receive the scholarships for a semester or an academic year in which they are enrolled in an endorsed concurrent course or certain programs. 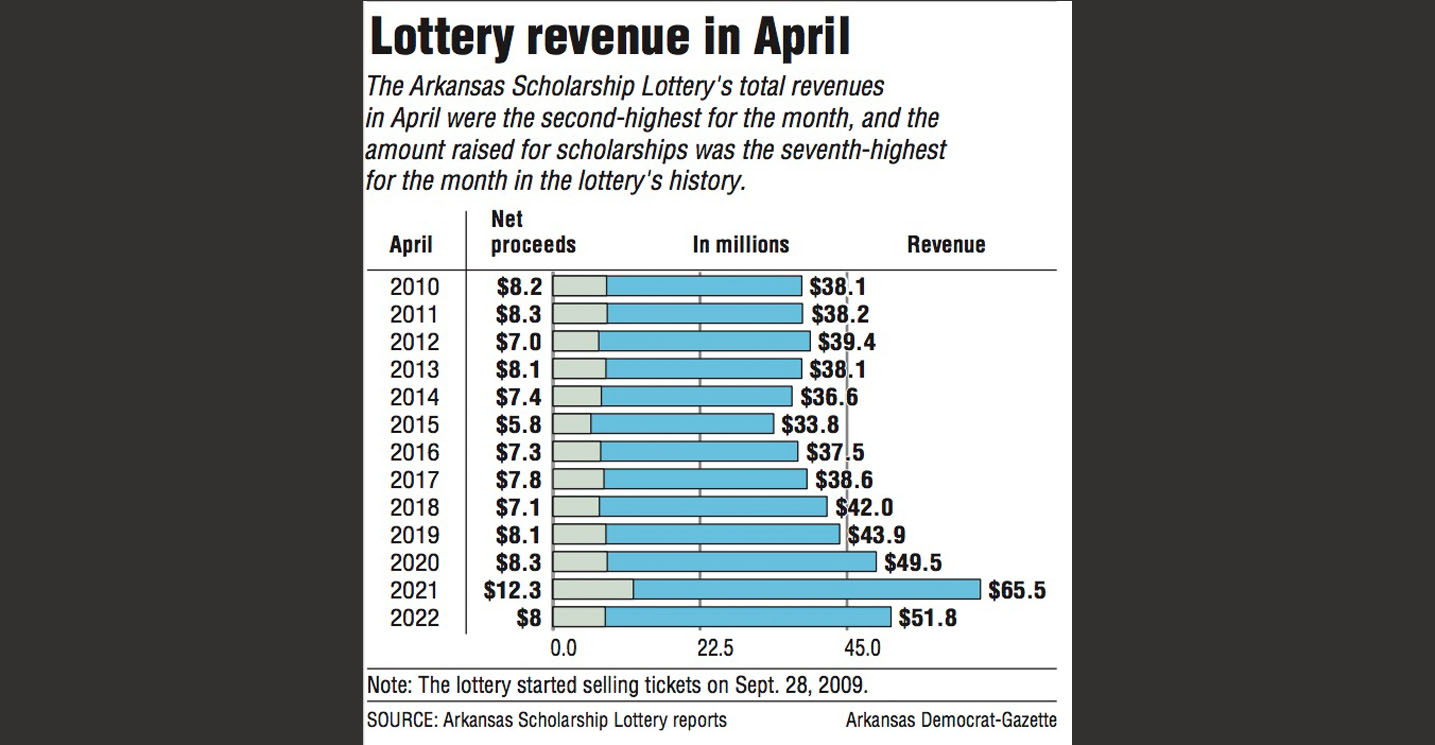