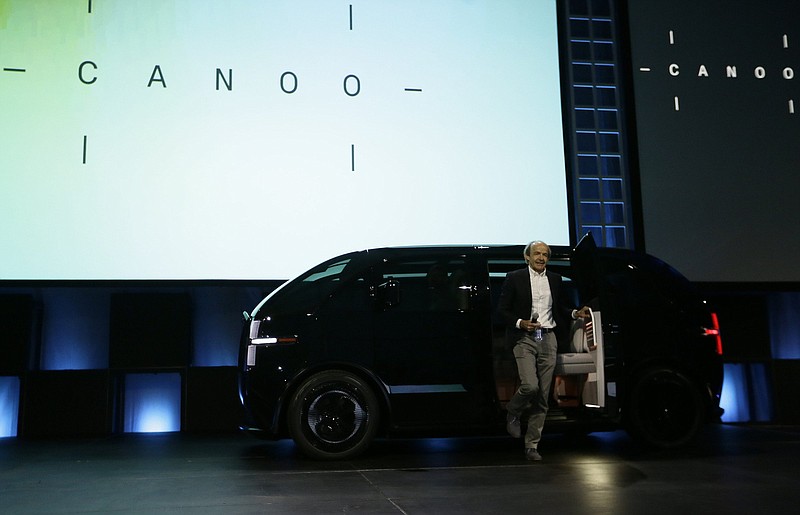 Canoo Inc., an electric vehicle maker in the process of moving its headquarters and some production facilities to Bentonville, has warned it may not be able to continue as a going concern unless it obtains enough funding.

A going concern refers to a company’s ability to make enough money to stay in business or to avoid bankruptcy.

“Our management has performed an analysis of our ability to continue as a going concern and has identified substantial doubt about our ability to continue as a going concern,” the company’s 10-Q filing with the United States Security and Exchange Commission on Tuesday reads in part “Our business plans require a significant amount of capital. If we are unable to obtain sufficient funding or do not have access to capital, we will be unable to execute our business plans and could be required to terminate or significantly curtail our operations and our prospects, financial condition and results of operations could be materially adversely affected.”

Shares of Canoo tumbled Wednesday, dropping nearly 23% to close at $2.79, a share in trading on the Nasdaq exchange. Prior to Wednesday’s close, shares traded as low as $2.99 and as high as $13.35 over the past year.

Tomas Jandik, professor of finance and the Dillard’s Chair in Corporate Finance at the University of Arkansas’ Walton College of Business in Fayetteville said going concern warnings may be issued by auditors and company management. He said they don’t necessarily spell a company’s doom — noting in recent times Hertz, Dave & Busters and Norwegian Cruise Lines have issued such warnings — however such warnings, particularly from management, are a cause of significant concern.

He said to survive Canoo needs a major cash infusion and a solid plan to alleviate its money concerns moving forward.

During the call, Chief Financial Officer Ramesh Murthy, said, “Due to the timing of the inflow from our announced funding, management has added a going concern qualification to our financial statements for Q1.”

The company said it has to a total of $600 million of accessible capital available which includes a $50 million private investment in public equity or PIPE from an existing shareholder, a $250 million equity purchase agreement with financing partner Yorkville Advisors as well as $300 million universal shelf offering.

“We have been clear about our philosophy of raising capital judiciously and will continue with this disciplined approach,” Tony Aquila, investor, chairman & chief executive officer at Canoo, said in a statement. “We have more than $600 million in accessible capital to support Start of Production. As operators and investors, we have significant experience raising capital in challenging markets — and the best way to raise capital is to achieve your goals. We will continue to raise when needed, bridge to milestones and be in a position to take advantage of improving market conditions. We are focused on long term value creation for our customers and shareholders.”

Bloomberg reported on Monday that Canoo has sued its second-largest shareholder DD Global Holdings Ltd., a Cayman Islands firm, in a federal court in Manhattan, arguing it should pay back more than $61 million in so-called “short swing” profits.

During the conference call, Aquila said hiring and manufacturing has begun at the Bentonville plant with the facility making about 12 units a week. He said a second building is being constructed and the plant will eventually produce about 20,000 vehicles, though it’s unclear if that’s an annual figure.

He added that a 1000 vehicle order from the state of Arkansas has moved from stage two to stage three and that the company has broken ground on its Oklahoma plant. The company said it has orders for 17,500 vehicles with a projected value of $750 million.

In November, Canoo said it would move some of its production and it’s headquarters to Northwest Arkansas.

In May, Canoo said its van-like Lifestyle Vehicles are expected to be first to the marketplace with a targeted price from $34,750 to $49,950. It said at the time it also will build a pickup as well as a multi-purpose delivery vehicle.