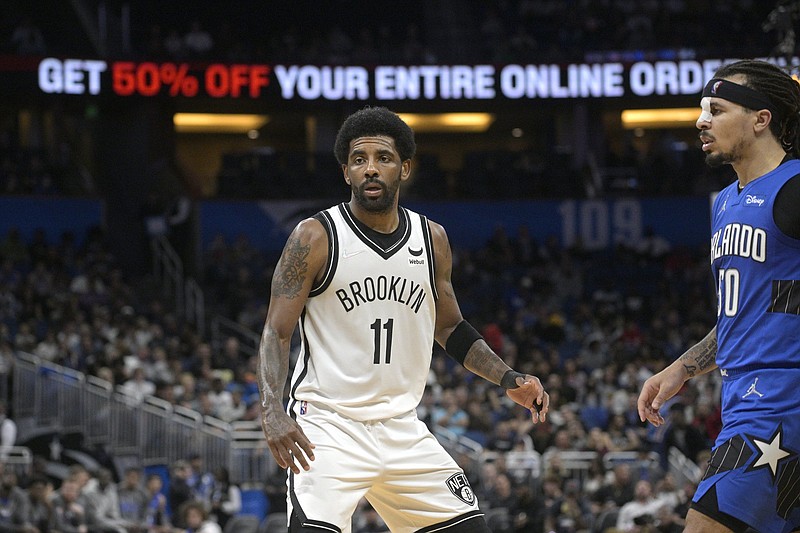 NEW YORK -- Kyrie Irving may have to show the Brooklyn Nets he's more than a great basketball player if he wants a future with the team.

General Manager Sean Marks made clear Wednesday that Irving will have to prove a commitment to being available to his team that wasn't there this season.

After Irving missed almost all the Nets' home games because he refused to be vaccinated against the coronavirus, Marks said talks about a potential contract extension this summer will need to include an evaluation of his dedication to play unless he's injured.

"I think those are going to be discussions," Marks said. "It's a team sport and you need everybody out there on the court."

The Nets rarely had that during a disappointing season that saw an NBA championship favorite finish seventh in the Eastern Conference and get swept by the Boston Celtics in the first round.

They began the season playing without Irving, deciding they didn't want him to be a part-time player. They eventually brought him back in December to play road games only -- a decision Marks wouldn't second-guess -- with Irving unable to play in New York because of the city's mandate requiring vaccination to perform in public venues.

An exemption to the mandate made him available for all games in late March, but by then the Nets were climbing out of a huge hole and had to win a play-in game just to reach the postseason.

Irving is eligible for an extension this summer and said he sees himself remaining in Brooklyn alongside Kevin Durant, who signed an extension last summer. He said after the season he saw those two players "managing this franchise together" alongside Marks and owner Joe Tsai.

Marks said they haven't had any contract discussions yet with Irving but said the Nets know what they're looking for.

"We're looking for guys that want to come in here and be part of something bigger than themselves, play selfless, play team basketball and be available," Marks said. "And that goes not only for Kyrie but for everybody here."

Irving has an option for almost $37 million next season, but could seek an extension that would pay him an additional $185 million over four years. His play seems worthy of it. Irving averaged 27.4 points last season, which would have ranked eighth in the league.

But he played only 29 games in the second consecutive season in which he missed time when he wasn't hurt. Irving took a leave of absence from the team during the 2020-21 season, missing nine games for personal reasons.

This time, Marks acknowledged that Irving's absences put an extra workload on Durant. He said the Nets need to have deep discussions after this season, including about their players' intentions. Irving never specified why he wouldn't get vaccinated, saying it was a personal choice.

"What drives them? Do they want to be part of this? Are they motivated by something that maybe is not good for the whole team?" Marks said. "So those are questions we're going to have to ask ourselves and also the players that we want to bring back in here."

Marks provided good news on Ben Simmons, whom he said is already feeling better after having back surgery last week to relieve pain from a herniated disk. Simmons never played for the Nets after they acquired the former No. 1 pick from Philadelphia in February.

Marks predicted last summer that both Irving and James Harden would be inked to extensions by the time the Nets opened the season. Harden didn't sign one, eventually soured on Brooklyn and was sent to Philadelphia in the swap for Simmons.

Now Irving's future is uncertain, so Marks will make no more predictions.

"We'll just wait and at the appropriate time we'll make those decisions," he said. 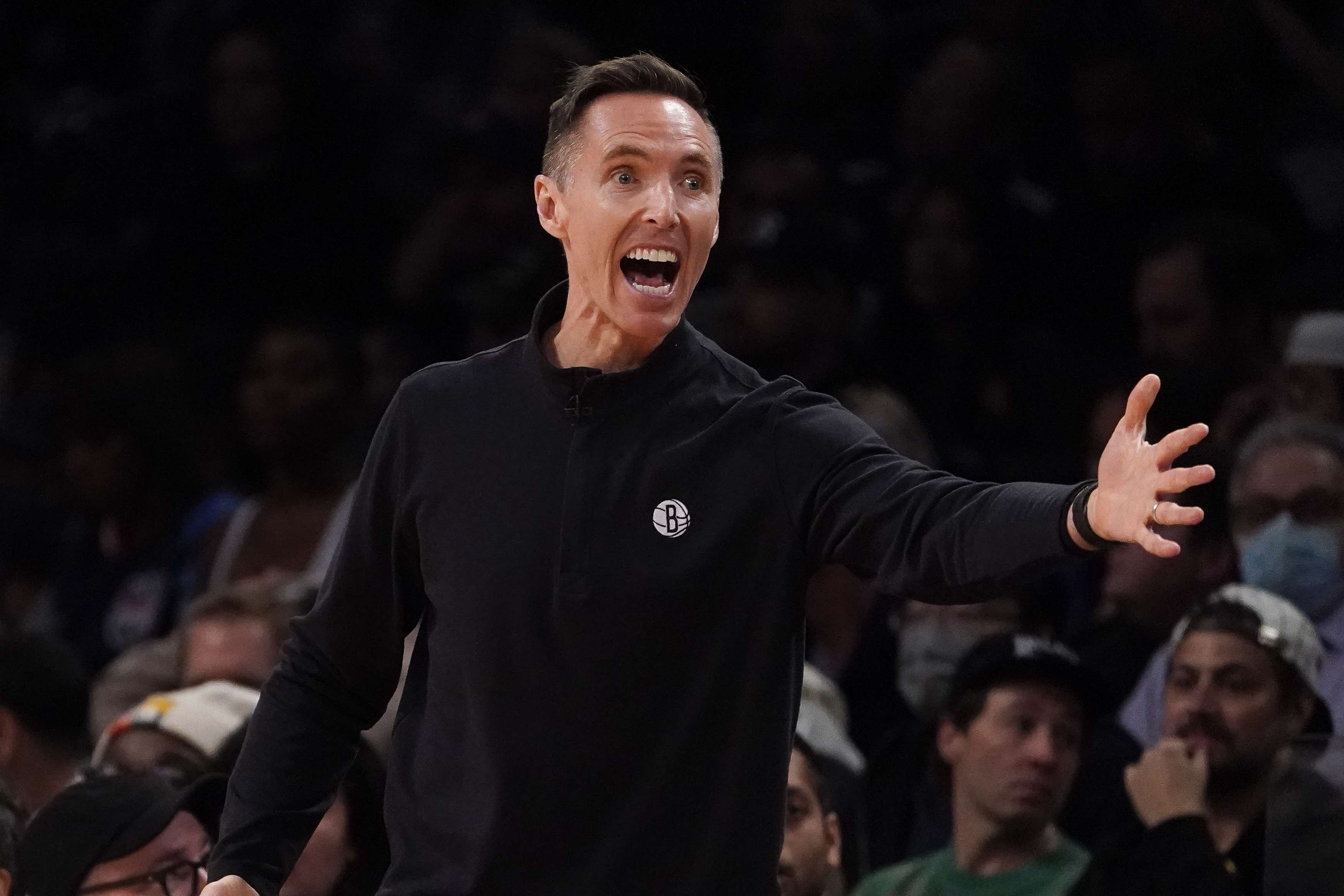 Brooklyn Nets head coach Steve Nash reacts to a referee call during the first half of Game 4 of an NBA basketball first-round playoff series against the Boston Celtics, Monday, April 25, 2022, in New York. (AP Photo/John Minchillo)