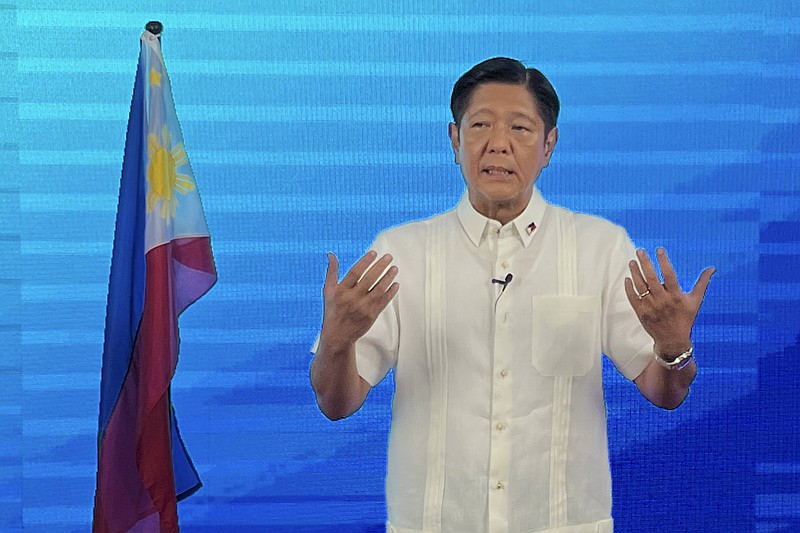 Marcos Jr. garnered more than 31 million votes in an unofficial vote count from Monday’s polls in what’s projected to be one of the strongest mandates for a Philippine president in decades. His vice-presidential running mate, Sara Duterte, appeared to have also won by a landslide.

Marcos Jr.’s electoral triumph is a victory for democracy and he promised to seek common ground across the political divide, his spokesman, Vic Rodriguez, said.

“To the world: Judge me not by my ancestors, but by my actions,” Rodriguez quoted Marcos Jr. as saying.

The separately elected president and vice president will take office on June 30 after the results are confirmed by Congress.

TOKYO — Japan’s capital has announced it will start recognizing same-sex partnerships to ease the burdens faced by residents in their daily lives, but the unions will not be considered legal marriages.

Support for sexual diversity has grown slowly in Japan, but legal protections are still lacking for lesbian, gay, bisexual and transgender people. Japan does not legally recognize same-sex marriages.

Rights groups had pushed for the passage of an equality act ahead of last summer’s Tokyo Olympics, when international attention fell on Japan, but the bill was quashed by Prime Minister Fumio Kishida’s conservative governing party.

The Tokyo metropolitan government unveiled a draft plan on Tuesday to accept registrations starting in October from sexual-minority couples seeking certificates of their partnerships. Same-sex couples are often barred from renting apartments together, hospital visits and other services available to married couples.

The Tokyo government said applicants will be limited to adult residents of the capital but will include foreign nationals. The recognition of partnerships is not the same as a marriage certificate, it said.

The purpose is “to promote understanding among Tokyo residents about sexual diversity and to reduce inconveniences in daily lives surrounding sexual minorities in order to create more pleasant living conditions for them,” it said in a statement.

The plan covers the entire capital. Tokyo’s Shibuya district in 2015 became the first Japanese municipality to issue non-legally binding partnership certificates to same-sex couples. About 200 other municipalities across Japan, or about 12% of the total, have since taken similar steps, according to advocacy groups.

BAGHDAD — A British national accused by Iraq of collecting small archaeological fragments will be tried next week on charges potentially punishable by death, his Baghdad lawyer said Wednesday.

Retired geologist Jim Fitton, 66, was arrested in March at the Baghdad airport after Iraqi customs officials found him in possession of pottery fragments taken from an ancient site in southern Iraq. A German citizen accompanying him was also charged, but details of his case have not been made public.

Fitton will stand trial before Iraq’s Felony Court on May 15, his lawyer, Thair Soud, told reporters.

The charges against him are based on Iraq’s opaque antiquities laws and are punishable by death. However, Fitton’s legal team and a British official following the case have said they believe this outcome will be unlikely.

Soud had drafted a proposal under Iraqi law to have the case closed before a trial takes place on the grounds that it could harm Iraq’s national interests.

Fitton’s family has petitioned the British Foreign Office to assist Soud in submitting his proposal to Iraq’s public prosecutor, garnering over 100,000 signatures. Fitton missed his daughter Leila Fitton’s wedding in Malaysia, which took place last Sunday. She said she was “heartbroken” by his absence.

QUITO, Ecuador — A boat with 15 tourists and 10 crew members caught fire and sank off the Galapagos Islands on Wednesday, but Ecuadorian authorities said all aboard were rescued.

The Ecuadorian navy said authorities ordered a nearby vessel to carry out the rescue after the distressed Cormorant I reported a fire in the engine room. The boat, which had passed all technical inspections this year, sank around 7 a.m.

The nationality of the tourists was not immediately clear. The navy said they were being taken to Puerto Ayora on Santa Cruz Island for medical care.

The navy said it had activated a contingency plan in the event of a fuel spill, but the Galapagos National Park in a statement ruled out that possibility because “the diesel with which it operated was consumed during the fire.” It said environmental officials will still conduct an on-site inspection.

The Galapagos, located about 620 miles from the Ecuadorian coast, is a magnet for ecological tourism. 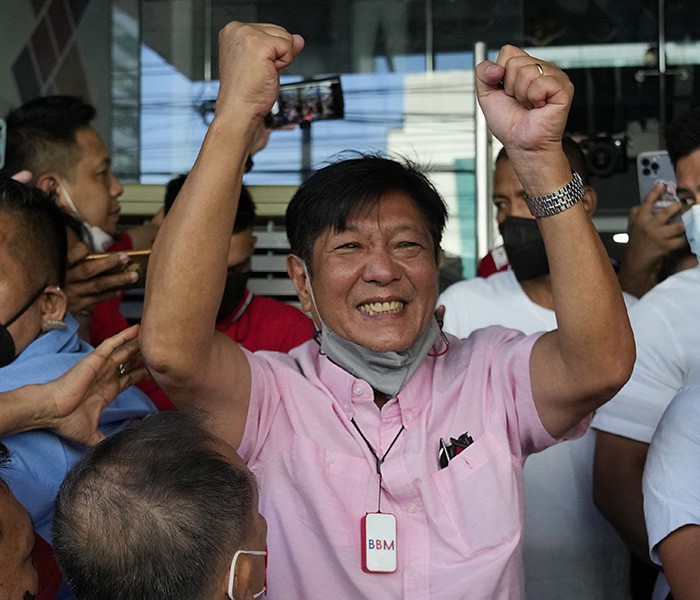 Ferdinand Marcos Jr. celebrates Wednesday outside his campaign headquarters in Mandaluyong, Philippines, after declaring victory in his country’s presidential race. Unofficial results showed Marcos Jr., the son of longtime dictator Ferdinand Marcos, winning in a landslide. Facing calls to ensure respect for human rights, the rule of law and democracy, Marcos Jr. through a spokesman urged the world to “Judge me not by my ancestors, but by my actions.” (AP/Aaron Favila)