And now, how about a word from our sponsors 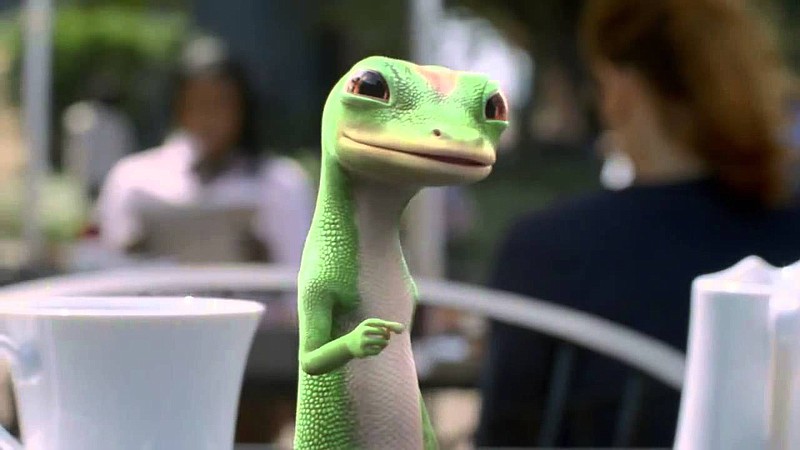 The talking anthropomorphic day gecko who serves as GEICO’s mascot was originally voiced by Kelsey Grammer, and for a time had a Australian accent. The current iteration is voiced by British actor/comedian Jake Wood who supplies him with a working-class Cockney accent (a la Michael Caine). His actual name is “Martin,” a reference to The Martin Agency, the advertising firm that created him.

The period of time between mid-March and late June is a blessed one for hoops junkies, who get to go from the thrills of March Madness and the NCAA championship, to the NBA playoffs in an almost seamless trajectory. The beauty of these contests? Even if your own beloved team gets the boot early (I'm a Sixers fan, so best to be prepared), there are still tons of exciting games to watch anyway, even in bitterness.

But, as with all wondrous things, there is a price to be paid in getting to enjoy so many hours of blissfully exciting entertainment: The interminable commercial breaks that litter the game broadcasts with endlessly babbling detritus before finally deigning to bring us back to live game action. What's worse, these primary sponsors buy multitudes of ad blocks each night, so the committed fan is treated to a doomcycle of the same commercials over and over again in a repetitive scheme that can drive one into abject madness. If familiarity, as they say, breeds contempt, that process becomes warp-speed accelerated when it comes to sponsors hawking their wares in an endless loop.

As a means of putting voice to suffering, then, I've compiled a quick list of some of the major sponsors of this year's basketball tourneys, and the ads they've been putting us through, by order of aggrievement, from least objectionable to the most howlingly irritating.

The Ad Campaign(s): Comic stylings over a host of established tropes -- as ubiquitously used pitchwomen go, Flo (played with continual verve by actress Stephanie Courtney) is consistently funny -- including an inspired series involving a life-coach (Bill Glass), who works tirelessly to prevent young homeowners from emulating their parents.

Funny or Death: Funny all day. The lifecoach ads, in particular, hit a vein of comedy that has been entertaining for several years now.

The Ad Campaign(s): Our lovable, still unnamed (?) Gecko, he of the vaguely Britannic accent, continues roaming around the countryside, talking to people about the benefits of his brand of insurance; also, a series of ads playing off of typical homeowner concerns (animals, pipes, privacy), played off in relatively clever wordplay bits.

Funny or Death: They shoot for funny, and more often than not get there. At worst, the ads are frictionlessly rewatchable -- a quality earned by casting interesting leads, and adding small bits ("Paprika!") that continue to amuse -- and, at best, actually draw smiles. Relative to this list, they are a joy to behold.

The Ad Campaign(s): In this year's edition, former NBA sharpshooter Reggie Miller (whom I seem to not mind more than most), who first decamped at his local Wendy's during the NCAA tournament, seems to have stayed there through the NBA playoffs (likely staying put longer than most of the restaurant's minimum-wage-earning staff).

Funny or Death: Oh, sort of funny-ish, I suppose. They've tried a few different gimmicks -- letting Miller, a famously contentious trash talker, play games of H.O.R.S.E. against a Wendy's server; convincing him they'll give great deals to customers for every shot he hits; and so forth -- most of which have been relatively innocuous.

Irritation Index: 2.5. I don't mind the ads so much, but the voice actor who does the ad pitch has been directed to emphasize their slogan ("Choose Wisely. Choose Wendy's") with such a fevered emphasis that it becomes grating.

The Ad Campaign(s): A range of possibilities, including famous pitchmen (Kevin Garnett, Jamie Foxx, etc.), odds machines, and many, many promises to win big parlays, and score massive riches, as the supposed biggest rush in sports.

Funny or Death: Serious-minded. They are trying to convince people to lose a whole bunch of money (reality break here: the house always wins) to them, so there's no time for frivolity. Only winning. Endlessly winning.

Irritation Index: 3, mostly due to their dubious morality, and total inescapability. The NFL season was positively teeming with these ads, like weeds choking the life out of a patch of crabgrass.

Grade: D. Got a gambling problem (that we are trying very hard to exacerbate)? 1-800-GAMBLER!

The Ad Campaign(s): For the umpteenth year, the campaign revolves around a chirpy sales associate named Lily (Milana Vayntrub), who, in fairness, has been at least mildly watchable in past iterations. This season, we had an expanded event, as Lily left her store to attend NCAA games (offering banal blandishments amongst other fans from "live" remotes), and thus leaving her position to a series of peculiar celebrity fill-ins (Coach K, LaMelo Ball, Zooey Deschanel, and for some reason, Rosario Dawson).

Funny or Death: Eh, not particularly funny, though, again, the whole series banks its appeal on the slight charms of Lily. A couple of ads suggested her absence was keenly felt by customers, which doesn't make a ton of sense, given her earnest perkiness is literally her only virtue.

Irritation Index: 3. Nothing against Vayntrub, but unless they're willing to explore other aspects of her life (a la the vastly more engaging Flo), Lily remains a one-note character, and it ain't remotely entertaining.

The Ad Campaign(s): Pitchman Charles ("I am not a role model") Barkley, the once controversial NBA hall-of-famer who in his later years has become more and more widely used in such ad campaigns. This year, he appears in no fewer than three different lousy campaigns, which range from bad and insulting to degrading. Here, he does VO work with several other celebrity athletes, including Steph Curry, and Simone Biles, as the brand drastically tries to reinvent itself as something now more edible.

Funny or Death: Decidedly not funny, but not trying too hard either way. Earlier, they attempted a series of ads that were designed to be "interrupted" by their new line of sandwiches. Meh.

Irritation Index: 2. They aren't any good, but they are over quickly and don't try to force you to pay much attention.

The Ad Campaign(s): Here's where things really descend into the dark pits of Hades. State Farm has been incredibly consistent over the past few years, with their sports-related tie-ins: They recruit famous pitch-people (Aaron Rodgers/Patrick Mahomes for the NFL; Chris Paul/Trae Young for the NBA) to interact with an agent named Jake (Kevin Miles) in a variety of increasingly vexing ways. As the series has progressed, "Jake" has become more and more psychotically obsessed with the notion that people assume State Farm is unduly expensive, turning anything anyone says to him ("I can't believe my wife left me") into yet another opportunity to embellish further his lone point ("Just like people can't believe the great rates they get with State Farm").

Funny or Death: Bracingly unfunny. That was a joke example above, but his constant rate babbling long ago crossed the border between blandly on-brand to full-on psychosis. In one ad, as poor NBA big man Boban Marjanovic gripes about people putting drink glasses down on his coffee table without a coaster, Jake looks at his glass, sitting there staining his client's furniture, and does absolutely nothing to alleviate the problem. If this is how he treats his customers, I can't imagine what he's like to his loved ones.

Irritation Index: 4. It's bad. Really bad. And using the famously talented but persnickety Paul (not to mention the equally messed up Rodgers) as your pitch people doesn't say a whole lot about the company's connection to humanity.

Grade: F. Jake from State Farm, try reading the news, or a book about architecture, or take a Thai cooking class, or generate any other interest other than the rates State Farm promises will be lower than you imagine. I'm begging you.

The Ad Campaign(s): Holy Moley, we've hit the bottom of the barrel. For the past few years now, there has been an ongoing campaign during the NCAA tournament where Barkley, Spike Lee, and Samuel L. Jackson travel together to the Final Four. These have never been good ads, particularly, though the early chemistry with the trio at least suggested some genuine camaraderie. At this point, the ads are increasingly incoherent and unbearably lame, with Homer Simpson Barkley usually doing something inane (Buying a ship! Starting a university!) and the other two weakly busting on him for it and fake-laughing into the logo placement. Over the years, they've added other, um, personalities such as rigid lamppost sportscaster Jim Nance, and impish Magic Johnson to join in the "fun," but nothing comes out of these collaborations other than even more limp "jokes" and more mirthless laughing. Maybe they all need a break from one another.

Funny or Death: Oh, dear God, they are not funny. Most of the time, they don't even bother to be in the realm of something that could actually be considered funny. Watching the trio cavort around to "Rolling on the River" at the end of one of these horrors, one could only weep for their dignity. And our own.

Irritation Index: 5+, with a bullet. The ads would be much more amusing if, instead of fake laughter, the punch lines were met with stony silence and glaring looks. That would be funny. 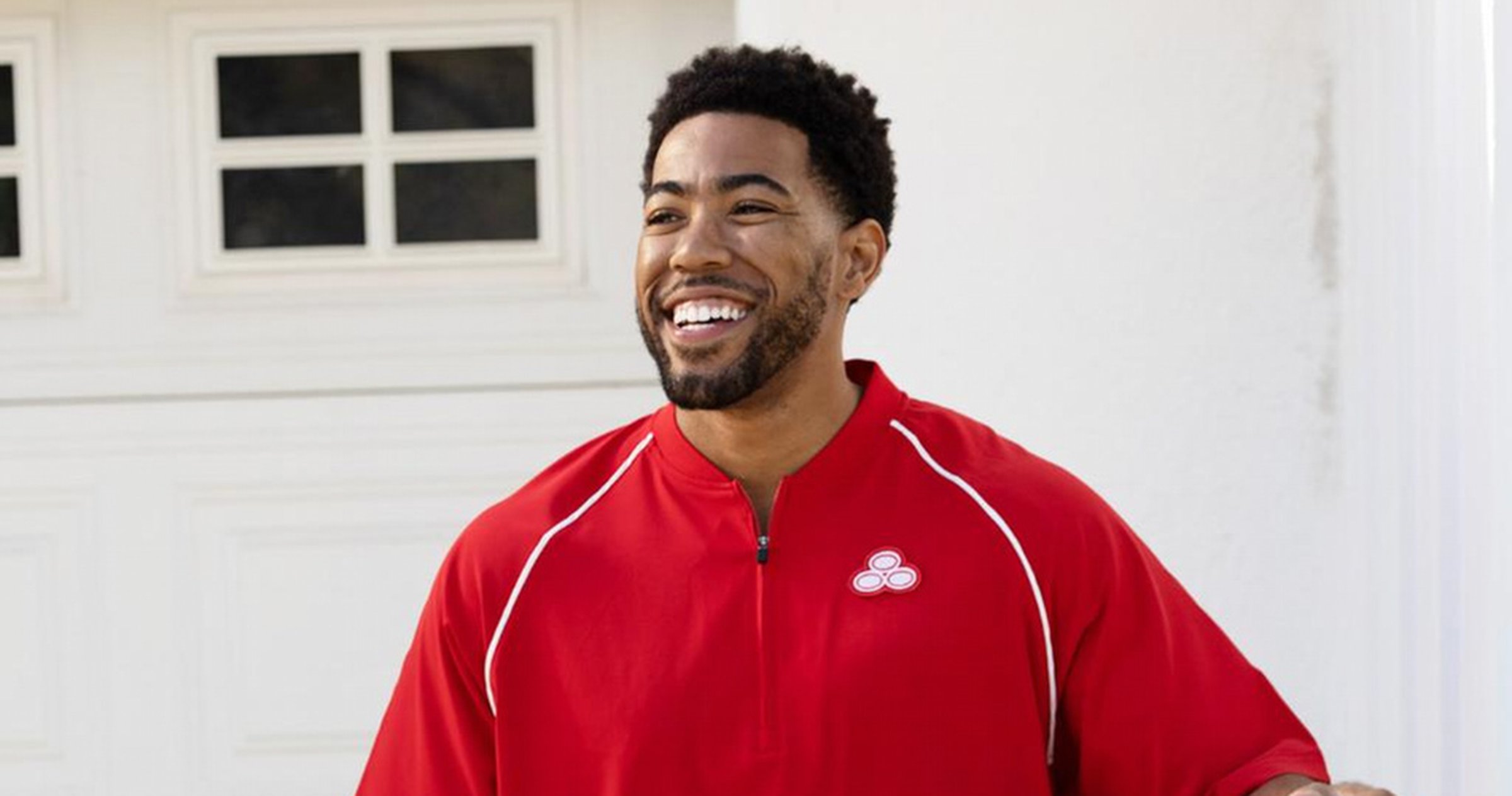 Print Headline: And now, how about a word from our sponsors