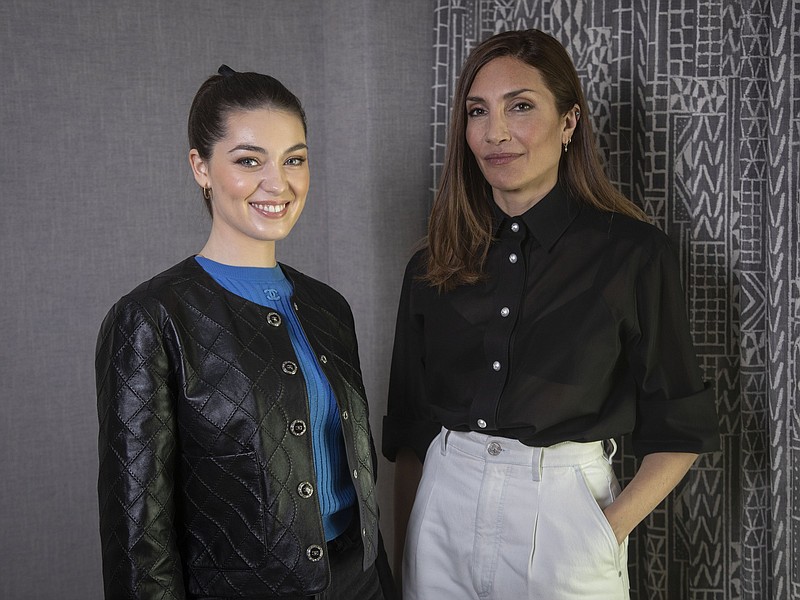 "The thing that I have heard through the journey of the movie is that men said, 'I felt it in my belly,'" French director Audrey Diwan says.

She's talking via Zoom from Barcelona about her new film, "Happening," an adaptation of Annie Ernaux's memoir and sociological history of her time in college in 1963. At 23, Ernaux discovered she was pregnant and went through a weeks-long struggle to obtain an abortion.

At the time, abortions were illegal in France. In the film, when Ernaux (played by Romanian-born Anamaria Vartolomei) learns that she's pregnant, the doctor refuses to even discuss what he might be able to do to end the situation.

Back then, he couldn't.

"The doctors could actually lose their job, you know?" Diwan says. "Everybody was scared. They weren't bad or good: They were just scared. I can imagine the first doctor is really sorry for her, but he is not a hero. Not so many people are heroes. Not so many people are ready to stand in front of the law and help, even if they end up in jail. I hope I'd be a hero in that situation, but I don't know. We can ask and interrogate the past, but you have to think about the present time."

Both Diwan and the script she wrote with Marcia Romano received Cesar (French Oscar) nominations, and Vartolomei won most promising newcomer. She and her star also won Lumiere awards, and the director received a BAFTA nomination.

OUT OF THE PAST

Despite the acclaim she has received, Diwan says the timeliness of her historically set movie has come as a surprise.

"I was completely amazed. I was on my way to Venice when I heard about the (abortion) law changing in Texas," she recalled. Ireland and Colombia have recently expanded access to abortions, but Diwan says that what is acceptable and what is forbidden can change in an instant.

"We (the French) had elections quite recently, like 10 days ago. We were very close from having the extreme right running the country. We learn from other countries that the law can change regarding who's in charge," she said.

While Diwan is 40, her own experiences have informed her movie. Both she and Ernaux ended their pregnancies. She says the debate about making abortions illegal might be different if more people knew what happened during illegal abortions.

"I grew up hearing about illegal abortions and what it was like back in that time in France in the 1960s, but I had no idea of the real process," she recalled. "I was struck by the difference in between what I've been through ... and the real process of illegal abortion. The main difference I've kept in mind is that medicalized abortion goes through a routine. Illegal abortion is random. Who are you going to meet? Are the people going to help you or turn you to the police? Are you going to end up in jail, survive, or die?"

The era covered in the film is as foreign to Diwan as it is to her 20-something star.

"We compared our feelings. This generation of French girls are very involved regarding gender and equality, but they are far away from the story of illegal abortion. Even her mother or grandmother didn't know about it. It's quite far away. She told me that as she was the same age at the same moment of her life with a future ahead and not being ready to have a child and to love him and raise him properly, she felt the same way as the character," Diwan said.

"I think there is a struggle or silent war with those who don't want to share power with the women. I get that the fetus is already alive, but these girls have a heart, and that heart is beating."

In addition to recounting the struggle previous women have gone through for reproductive rights, "Happening" recalls an era when other social norms were changing radically.

"It's the story of a girl from a working-class family going to a bourgeois university. All the girls are like any first generation allowed to go to college, scared to end up in jail and somehow betray their families' expectations and sacrifices."

"There are some sentences in the book that are horror movie-related, in spite of the fact that it is the truth," she recalls. "This girl is fighting against time. That's why I was asking myself if it could be a kind of physical experience. What if we could use this body as some kind of a vessel and go through the story beyond time, beyond gender and time. ... There are nice things ahead of them, and then suddenly her future changes, and what does it mean to be struck in that position."

She adds that other factors beside urgent headlines propel her work.

"Art and movies have this power to make us travel beyond our own experience. If it worked on you, I am happy."