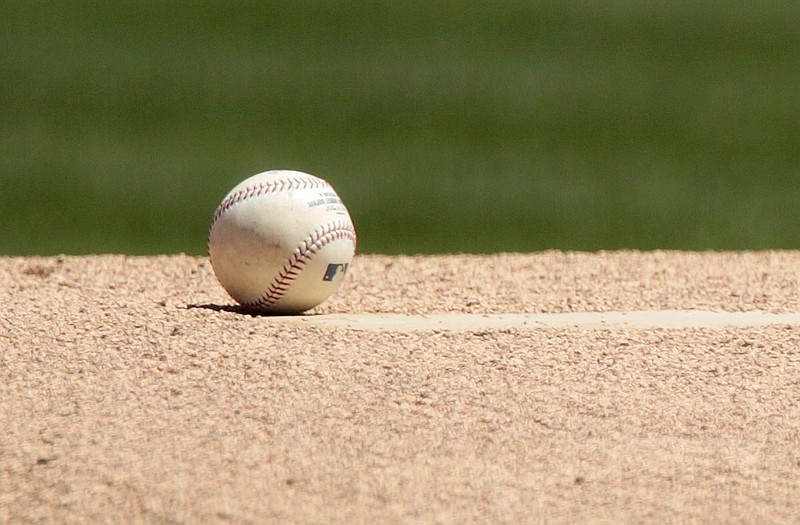 White Hall, in state tournament action on Thursday, committed an uncharacteristic six fielding errors in a 10-0 loss to Marion.

After a promising first inning, in which the White Hall offense loaded the bases with two outs, Marion senior Chase Armstrong quelled the Bulldogs' rally by striking out Cade Harp to end the top of the first inning.

From there, Marion used two passed balls and a fielding error by first baseman Noah Smith to plate five runs, and they never looked back as they advanced to the Class 5-A state quarterfinals against Mountain Home.

Armstrong and relief pitcher Davis York combined to limit the White Hall lineup to just a single hit – an infield single by Garrett Rhodes at the top of the fourth frame – but struck out six batters in a contest that was halted after six innings because of the run-rule.

Marion (26-5) wasted no time putting the game away completely at the bottom of the sixth as Carson Catt led off the inning with a double off Harp. Gage Watson then reached base on a fielding error by Caleb Taylor to score Catt from second.

Both York and Dylan Kight walked to load the bases and would then come around to score on Armstrong's RBI double through the left center field gap.

The 10-run mercy rule was enforced a few batters later as Connor Taylor and Luke Bullins each stroked RBI singles to end the game.

White Hall last captured the gold in 2014, but senior outfielder Lucas Gray said he believes the nucleus of the senior class was instrumental in constructing another playoff-caliber team.

"Our senior class has played together for a long time and have won a lot of games." Gray said. "We complemented each other very well and that's one of the reasons why we have been so successful. We were able to combine our core of seniors with the junior guys and we gelled well together in the middle of the year and that's when everything started going."

Playing in one of the toughest conferences in the state, things began to look bleak early on as the Bulldogs sputtered out of the gate with a 4-3 conference record before an impromptu senior-led, players-only meeting worked to right the ship.

"We had to get some things right and that included myself." Gray said. "We knew we had to play better if we wanted to win. Everybody got a chance to say what was on their mind but us seniors knew that it had to start with us."

As a result, the Bulldogs went on to secure their last seven out of nine games – including a key 6-2 win over Lake Hamilton in the season finale – to finish second in the standings and earn a No. 4 seed with a 9-5 record (El Dorado, Sheridan and Lake Hamilton all finished 10-4.)

"I can't say enough about this group of seniors." said Coach Shane Harp. "It was their leadership at that point that really got us back on track. There were things said that needed to be said and they were the ones who did the talking."