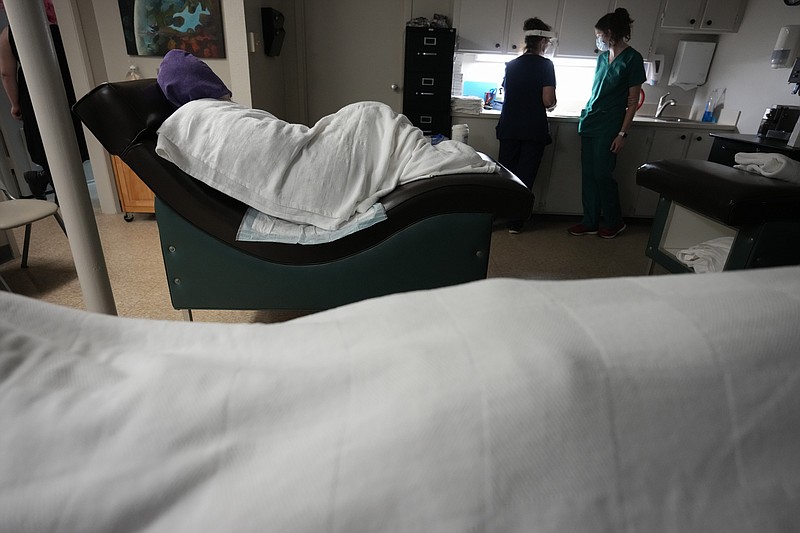 FILE - A woman naps, bundled up against the air conditioning, as she waits to have an abortion, Saturday, Oct. 9, 2021, at Hope Medical Group for Women in Shreveport, La. A bill scheduled for debate Thursday, May 12, 2022, in the Louisiana House would make women who get abortions subject to criminal prosecution and prison — a position that has drawn opposition from Louisiana’s anti-abortion governor and groups including Louisiana Right to Life and the Louisiana Conference of Catholic Bishops. (AP Photo/Rebecca Blackwell, File)

NEW ORLEANS -- The sponsor of a bill that would have subjected Louisiana women to murder charges for having abortions abruptly pulled the proposal from debate Thursday night after House members voted 65-26 to totally revamp the legislation, eliminating the criminal penalties.

"This is a thorny political question, but we all know that it is actually very simple. Abortion is murder," Rep. Danny McCormick, a Republican from Oil City, proclaimed as he opened debate. He noted that a majority of Louisiana lawmakers in the heavily Republican Legislature say they are anti-abortion, and briefly chided those abortion opponents who also oppose his bill. "We're faltering and trying to explain it away."

But McCormick's measure had drawn increasingly strong opposition from many anti-abortion stalwarts. Gov. John Bel Edwards, an anti-abortion Democrat, said he would veto it.

Louisiana Right to Life, the Louisiana Conference of Catholic Bishops, and the National Right to Life Committee were among the prominent anti-abortion opponents of the measure.

"To suggest that a woman would be jailed for an abortion is simply absurd," Edwards said Wednesday.

McCormick disagreed, saying a woman who has an abortion should be in the same legal position as a woman who takes the life of a child after birth. "When I give equal protection to the unborn, that's the possibility," he said Wednesday evening.

The House had not yet started debating the controversial legislation when the building was temporarily evacuated Thursday after the speaker interrupted proceedings and said an unknown, unclaimed package had been found in the capitol's Memorial Hall -- a gathering area between House and Senate Chambers.

McCormick's bill came under high scrutiny in light of the leak of a draft of a U.S. Supreme Court opinion earlier this month indicating the high court is preparing to overturn decisions upholding a constitutional right to abortion.

McCormick's bill also declared that any federal law, regulation or court ruling that allows abortion is void and that any judge who blocks enforcement of the bill's provisions could be impeached.

Members of the committee that advanced the bill last week expressed doubt about its constitutionality. Edwards called it "patently unconstitutional."

Edwards joined critics of the bill saying it criminalizes some types of contraception and parts of the in vitro fertilization process. McCormick on Thursday said forms of contraception that don't destroy a fertilized egg would not be affected.

And he disputes that the bill would newly criminalize some aspects of in vitro fertilization, pointing to state law that already grants rights to an "in vitro fertilized human ovum."

Louisiana already has laws on the books criminalizing abortion, including a "trigger law" ensuring that it will be a crime if the Supreme Court reverses the Roe vs. Wade, the 1973 ruling establishing abortion rights.

The statutes appear to exempt women from prosecution.

McCormick said the existing laws are inadequate to give fetuses equal protection under law.

"This is a debate we need to have in Louisiana," he said. "There are good people on both sides of the debate."

Information for this article was contributed by Holly Ramer of The Associated Press. 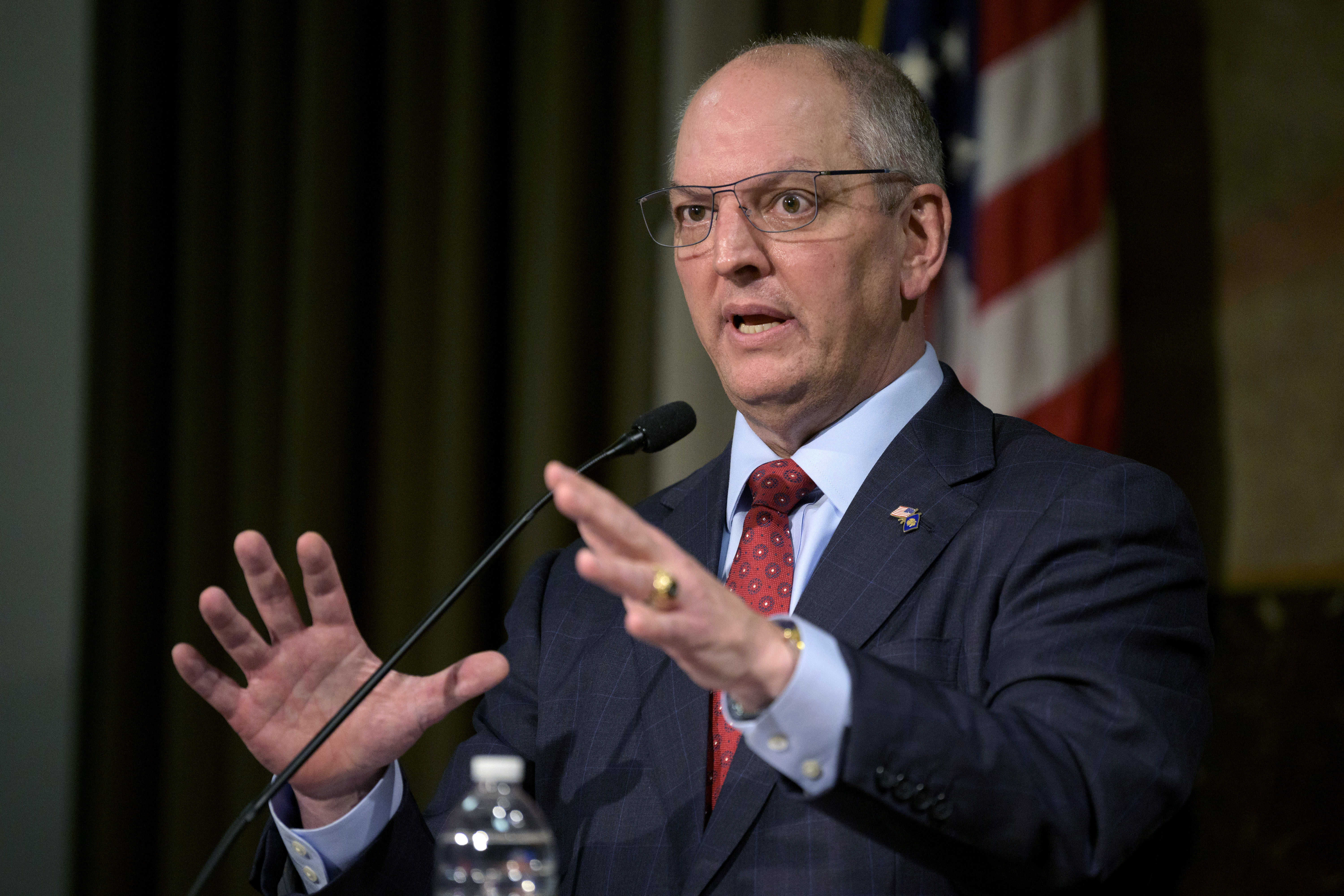 FILE - Louisiana Gov. John Bel Edwards speaks during a news conference in Baton Rouge, La., on Feb. 1, 2022. A bill scheduled for debate Thursday, May 12, 2022, in the Louisiana House would make women who get abortions subject to criminal prosecution and prison — a position that has drawn opposition from Louisiana’s anti-abortion governor and groups including Louisiana Right to Life and the Louisiana Conference of Catholic Bishops. “To suggest that a woman would be jailed for an abortion is simply absurd,” Edwards, a devout Catholic and a Democrat who has long broken with his party on the abortion issue said in a news release Wednesday, May 11. (AP Photo/Matthew Hinton, File)