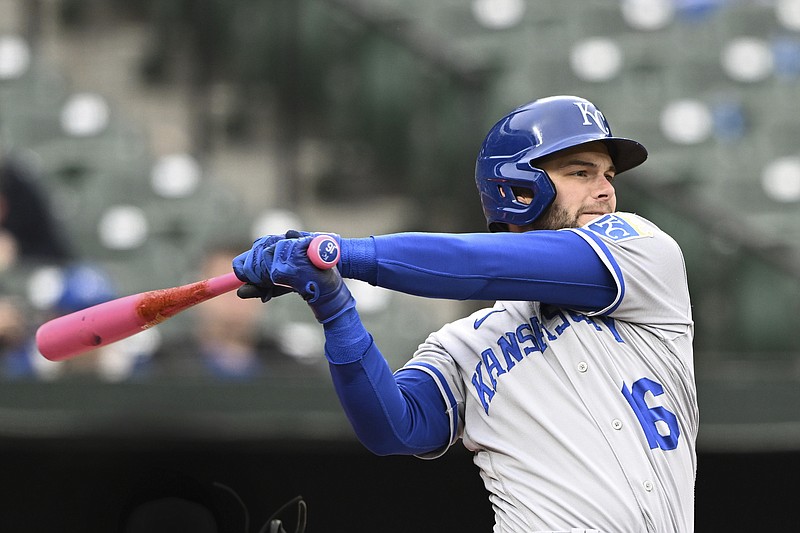 Kansas City Royals' Andrew Benintendi takes an at-bat in the second game of a baseball doubleheader against the Baltimore Orioles, Sunday, May 8, 2022, in Baltimore. (AP Photo/Gail Burton)

ARLINGTON, Texas -- Outfielder Andrew Benintendi went to arbitration with the Kansas City Royals on Thursday, asking for $8.5 million instead of the team's $7.3 million offer.

A decision by the panel of Mark Burstein, Keith Greenberg and Steven Wolf is expected today, along with a decision in the case of Seattle second baseman Adam Frazier, which was heard by a different panel on May 2 in the first of this year's lockout-delayed hearings.

Benintendi declined comment on the hearing before Thursday's game at Texas. Royals Manager Mike Matheny said having an arbitration hearing during the season creates a distraction.

"Talked to him a couple times -- last night, again today. He's a pro. He understands there's a business component," Matheny said. "He's one of the mentally toughest players I've been around, and if anybody is capable of handling this really well, he's the person. Still, we are so routine-oriented, as all of you know, that's nowhere near the normal routine, to sit through an arbitration case the day of a baseball game."

He hit .276 with 17 home runs and 73 RBI last year, earning a Gold Glove in his first season with the Royals. He was acquired from Boston in February 2021 as part of a three-team trade that also involved the New York Mets.

Benintendi, 27, made $6.6 million last season and is eligible for free agency after this year's World Series. He is batting .314 with one home run and 12 RBI. No statistics or evidence from after March 1 are admissible other than contract and salary comparisons, timing set when Major League Baseball and the players' association agreed to the deal that ended the lockout.

In the first two decisions this year, the Atlanta Braves beat third baseman Austin Riley, who will be paid $3.95 million instead of $4.25 million, and the St. Louis Cardinals defeated outfielder Tyler O'Neill, who will get $3.4 million rather than $4.15 million.

CHICAGO -- The Cleveland Guardians reported no new covid-19 cases Thursday, a day after an outbreak inside their clubhouse caused a postponement in Chicago and sent Manager Terry Francona and five coaches home from a road trip.

The team said pitching coach Carl Willis will serve as the club's acting manager for a three-game series this weekend in Minnesota. Willis pitched for the Twins from 1991-95.

Cleveland was off on Thursday.

Guardians president of baseball operations Chris Antonetti said in a statement that the team will continue to test personnel and conduct contact tracing.

Antonetti said Willis "will be supported by other individuals throughout the organization until the members of our coaching staff are able to rejoin the team."

To this point, no players have tested positive with the virus.

Francona learned he was positive on Wednesday about two hours before the scheduled first pitch. Soon after, Major League Baseball scrapped the Guardians' series finale against the White Sox -- the first postponement in the majors by coronavirus-related issues in 2022 -- so more testing could be done.

The 63-year-old Francona, who has dealt with major health issues the past two seasons, bussed back to Cleveland on Thursday with coaches and members of the team's traveling party who also tested positive.

SAN DIEGO -- The Padres could be acquiring another infielder on a low-risk contract.

Two sources confirmed the team is talking with Robinson Cano, the eight-time All-Star second baseman who was designated for assignment by the Mets last week and released over the weekend. One source said the Padres are optimistic a deal will be finalized today. The New York Post first reported Cano was close to signing.

The plan would be for Cano, 39, to serve as a left-handed option off the bench, which the Padres do not have most days, and be a backup in the infield. The intention is not for him to take significant at-bats from designated hitter Luke Voit as long as Voit is producing.

The Mets are paying the $37.6 million remaining on the 10-year, $240 million contract Cano signed in 2014 with the Mariners. The Padres will pay Cano the major league minimum. 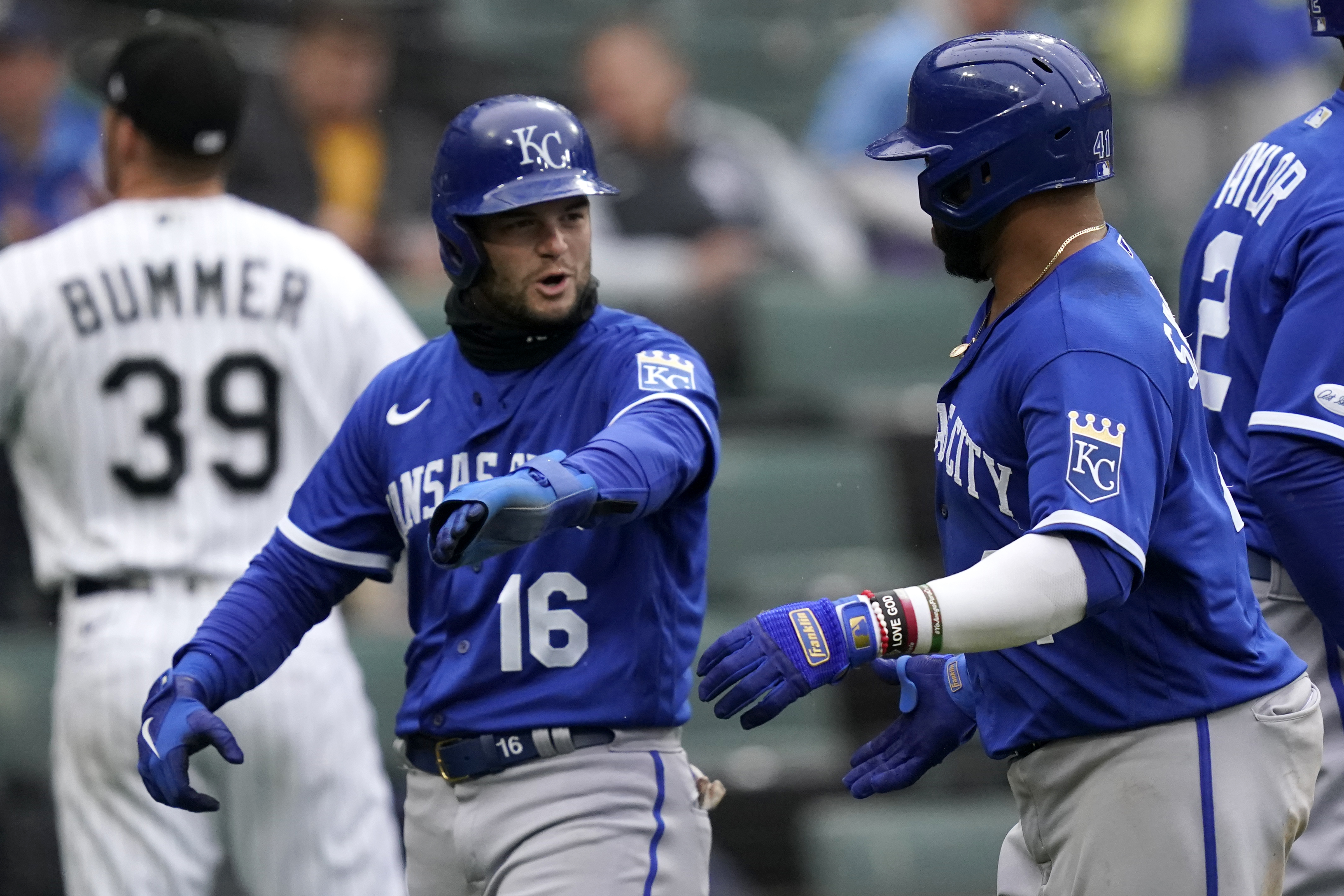 Kansas City Royals' Andrew Benintendi (16) celebrates with teammate Carlos Santana after they scored on a two-run single by Kyle Isbel in the 10th inning of a baseball game against the Chicago White Sox, Thursday, April 28, 2022, in Chicago. (AP Photo/Charles Rex Arbogast)