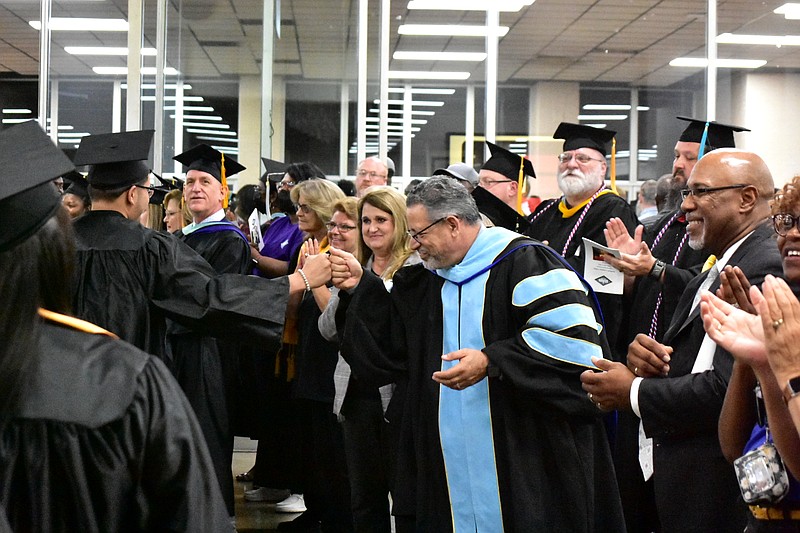 Southeast Arkansas College President Steven Bloomberg fist-bumps a graduate as college officials and board members form a congratulatory line at the end of graduation Friday, May 13, 2022, at the Pine Bluff Convention Center. (Pine Bluff Commercial/I.C. Murrell)

This is the sixth of 14 entries in a series highlighting Jefferson County high school and college graduates.

All four metal detectors at the entrance were in use before SEARK's commencement, making for faster screenings than on Tuesday evening, when hundreds backed into a slow-moving line missed all or most of Watson Chapel High School's graduation. Convention Center officials blamed a late-arriving crowd for the backup.

SEARK returned to familiar surroundings after enduring a number of safety protocols during the covid-19 pandemic. The fall 2021 commencement was held at the college's Seabrook Activity Center.

"It feels so good to return and see all these people, you know?" SEARK President Steven Bloomberg said.

State Rep. Ken Ferguson, D-Pine Bluff, encouraged graduates to "seek wise counsel" and remember that "failure is not final" during his keynote address. The graduation class included 366 who either received a degree or certificate -- one of the largest classes in Bloomberg's four years at the school -- and nine high school graduates.

One of the new graduates, George Sanders of White Hall, attained an associate of arts degree as he nears completion of a six-year commitment to the Air Force, which helped him get into school.

"They offered great benefits and I jumped on that train," the airman said.

One of his assignments was to Kuwait for six months, where he said it's very hot.

"It was a great experience and I had a lot of fun doing it," said Sanders, 24, who will complete his service in August.

Sanders said his wife encouraged him to enroll in the accounting program at the University of Arkansas at Pine Bluff for his bachelor's.

"My wife is very smart. She's going to help me through it," said Sanders, who grew up in Star City. "We plan to open up our own firm someday."

When Sanders isn't hitting the college books or serving his country, he shares the "Good Book" as a youth pastor and plays the drums at White Hall United Pentecostal Church. 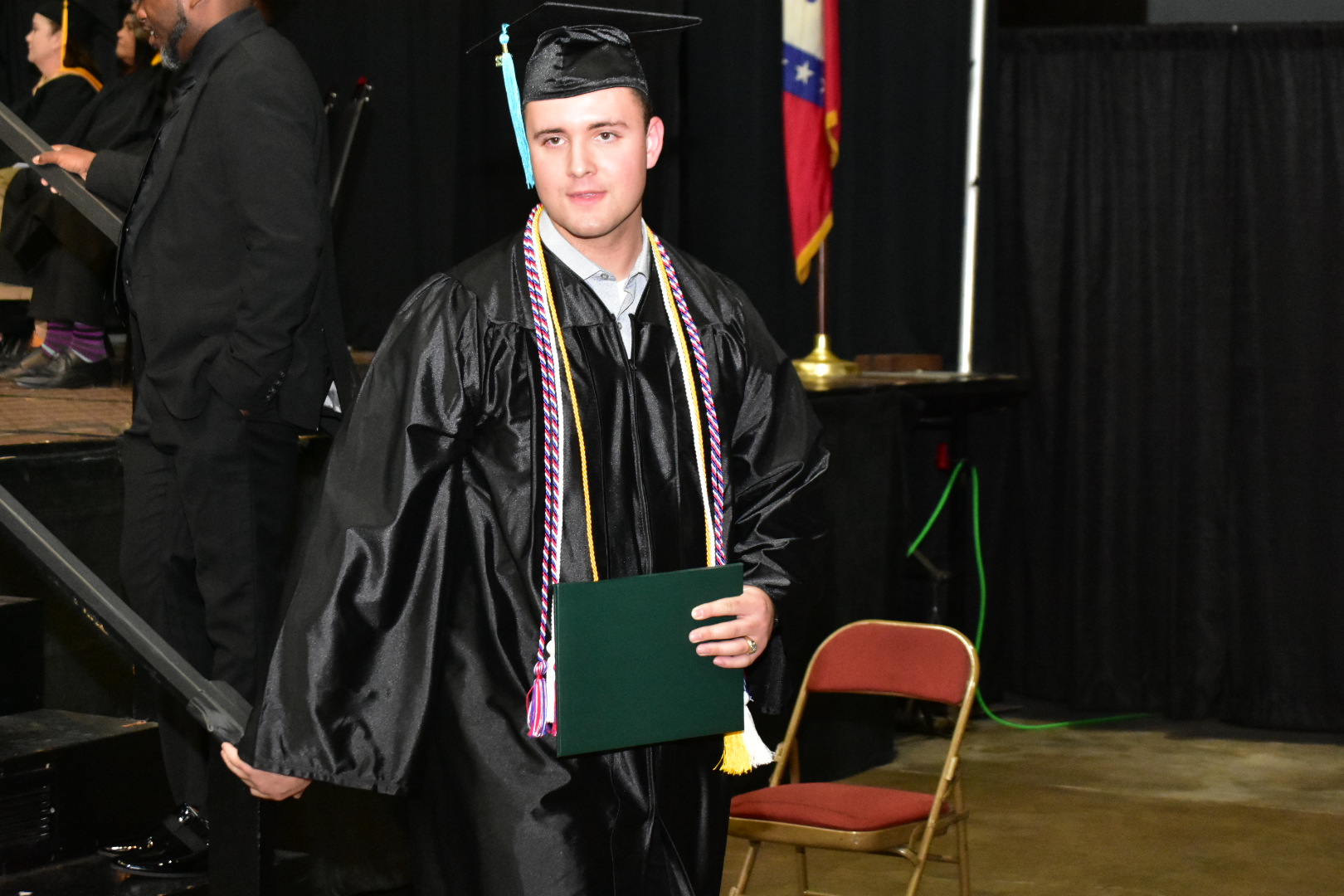