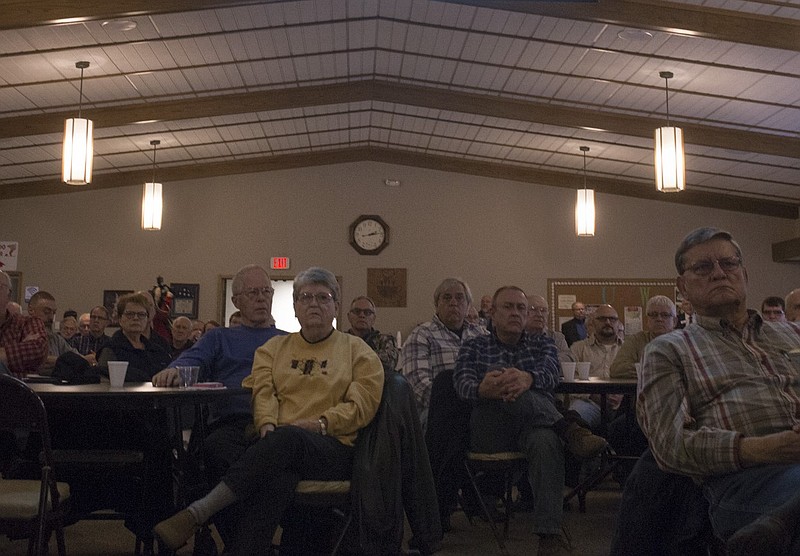 Alzheimer's and dementia take a heavy toll on thousands of Arkansans and the people who love and care for them.

At 11:30 a.m. Tuesday, the Alzheimer's Association and the Arkansas Department of Health's Office of Faith-Based Outreach are hosting a free online Alzheimer's Faith Forum, featuring religious leaders, lay people, medical professionals and families who have experienced the challenges firsthand.

The goal is to work with the faith community "to bolster resources, programs and services to support families and their caregivers," organizers said.

They'll also share information about support systems, "so people will know where to go and who to turn to," said Kimberly Hayman, the department's faith-based outreach coordinator.

When mobilized, the faith community can make a major impact, she said.

"There are over 6,000 Christian churches in the state," Hayman noted.

Tuesday's forum will address not only Alzheimer's but also "other forms of cognitive decline," including dementia, she said.

The event is nonsectarian. Followers of any religious tradition are encouraged to participate.

"We work with diverse places of worship," Hayman said.

There are currently 6 million Americans living with Alzheimer's; more than 11 million uncompensated volunteers provide them with care, according to the Alzheimer's Association.

With the median age of Americans rising, the number of people with Alzheimer's is climbing.

Arkansans with Alzheimer's often rely on friends and loved ones for support. The association estimated that 93,000 Arkansas caregivers provided 139 million hours of unpaid care last year, work it valued at $2.16 billion.

To help these families, many churches across the state have established Alzheimer's support groups.

One of them is First United Methodist Church in Bella Vista.

The monthly gatherings were a source of comfort and encouragement.

"You hear about other people that are experiencing the same things you are ... and you know that you're not alone," he said.

"None of us should try to go through these struggles all by ourselves. There are folks out there who can lend support in a variety of ways, including faith-based support," she said.

Wideman, a graduate of the Perkins School of Theology in Dallas, said churches need to provide not only for congregants' spiritual needs, but their physical and emotional needs as well.

She views Alzheimer's caregivers support groups as not only a service, but a ministry.

It's a ministry that will be needed for the foreseeable future, she noted.

"Until there is a cure or prevention [for] dementia in all its forms, caregiving is going to be prevalent," she said.

Taco Williams Price, director of programs for the Alzheimer's Association, said the Bella Vista congregation is exemplary. She hopes others will follow their example.

"I would encourage faith leaders to consider starting a support group in their congregation to not only support the people who worship with them, but even [others] in that immediate community," she said.

Registration is available at tinyurl.com/y8tuxuy3.