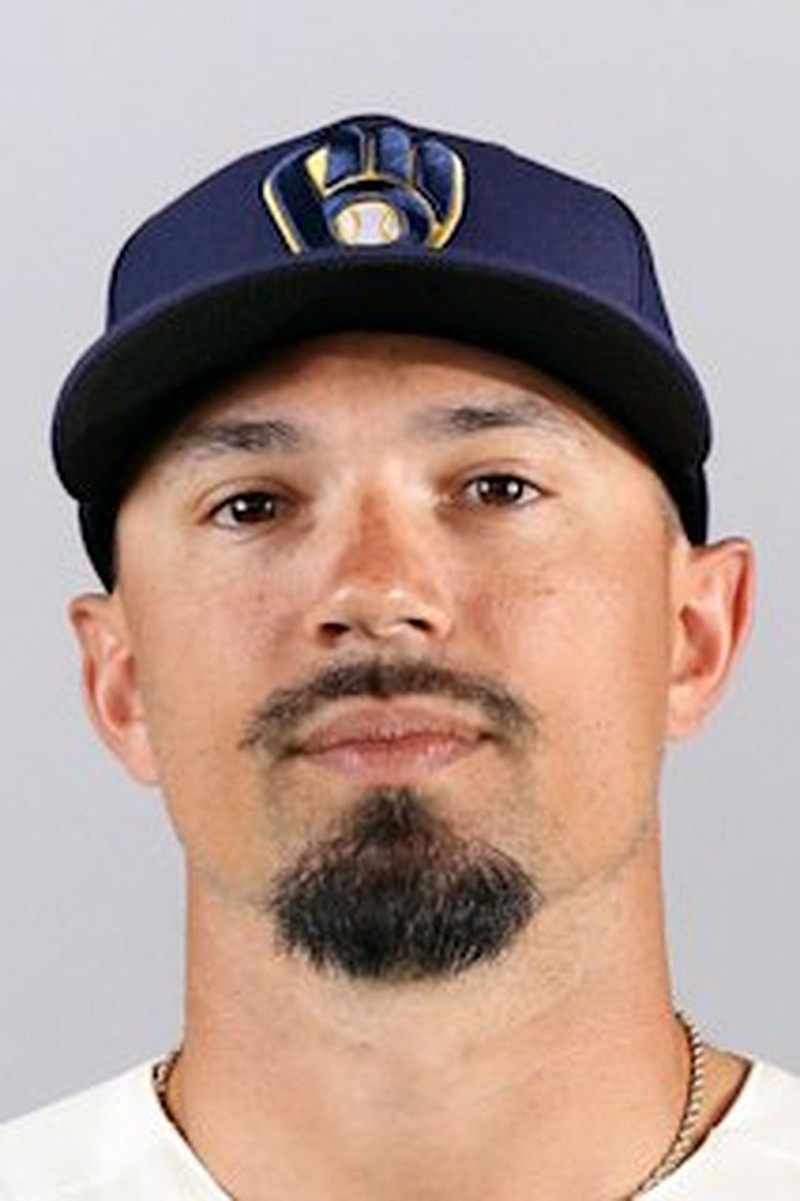 MIAMI — Jace Peterson walked against Anthony Bender with the bases loaded in the ninth inning and the Milwaukee Brewers beat the Miami Marlins 2-1 Friday night.

Bender relieved and struck out Hunter Renfroe before walking Peterson on four pitches.

Devin Williams (2-0) pitched a perfect eighth and Josh Hader closed with a perfect ninth for his 13th save.

Lopez struck out a career-high 11 and limited Milwaukee to one run and three hits in his seven-inning outing. Lopez retired 15 in a row until Renfroe’s two-out single in the seventh.

Burnes was just as dominant for the Brewers. The NL Cy Young Award winner allowed 1 run, 5 hits and struck out 7 in seven innings.

The Brewers struck quickly on Kolten Wong’s leadoff shot in the first. Wong drove Lopez’s cutter into the Brewers’ bullpen in right field for his second home run.

Miami tied it in the third on Jesus Aguilar’s blast, which landed behind the left-center field wall.

REDS 8, PIRATES 2 Mike Moustakas homered twice and Brandon Drury drove in four runs to break out of a slump and lead Cincinnati to a victory over Pittsburgh. Moustakas hit a home run into the right field stands in the fourth inning to break a 2-2 tie. In the seventh, he had another blast to make it 8-2, two batters after Drury had a two-run drive.

RAYS 5, BLUE JAYS 2 Brandon Lowe hit a pair of triples and Manuel Margot had a tiebreaking single in the eighth inning, leading Tampa Bay past Toronto.

RED SOX 7, RANGERS 1 Nick Pivetta allowed a run and three hits in a season-long seven innings to win for the first time since August and Boston had a four-run sixth inning to beat Texas.

MARINERS 2, METS 1 Ty France hit a tie-breaking single in the eighth inning and Seattle broke through against the bullpen and beat New York. 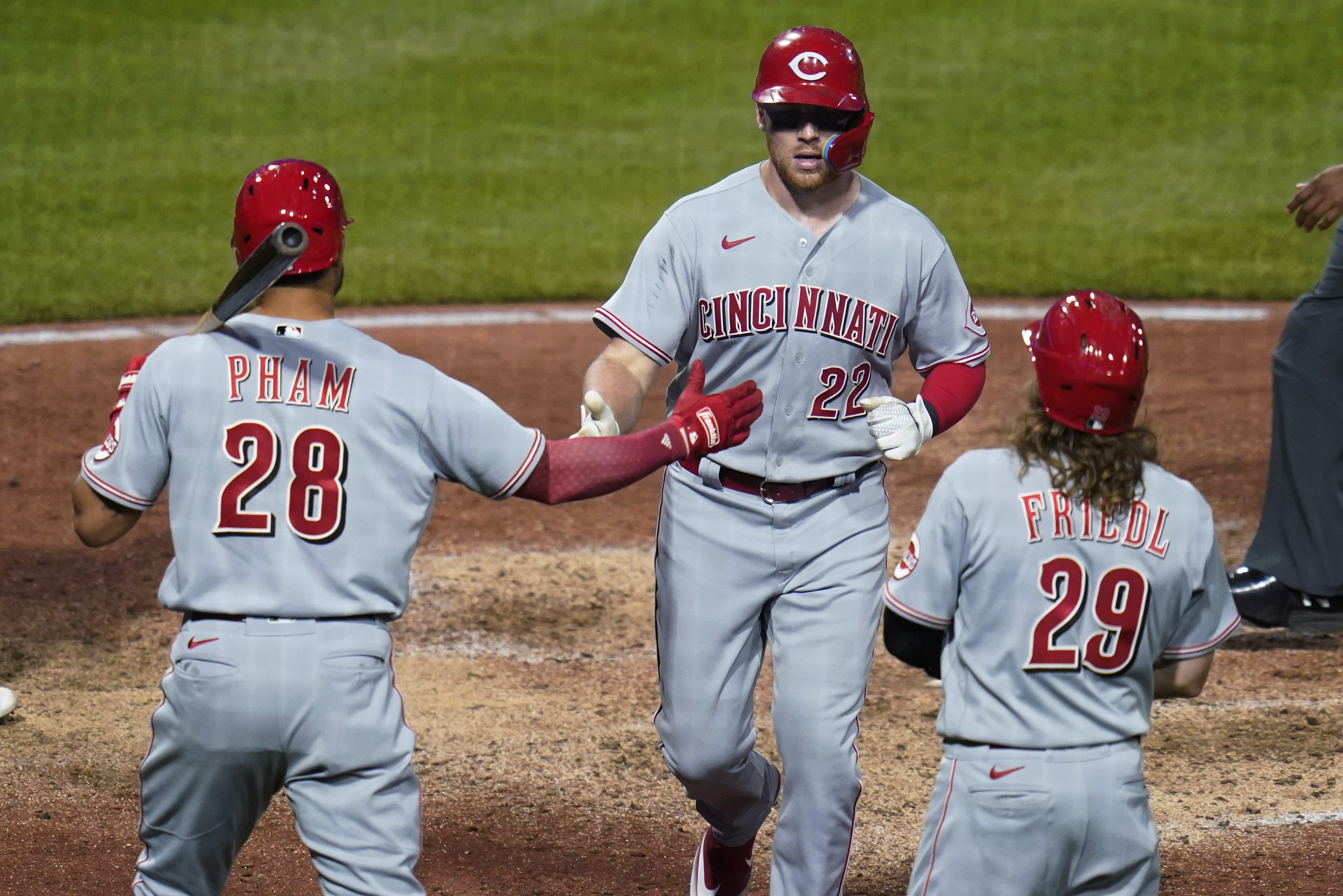 Cincinnati Reds' Brandon Drury (22) is greeted by Tommy Pham (28) and TJ Friedl after driving in Friedl with a home run against the Pittsburgh Pirates during the seventh inning of a baseball game Friday, May 13, 2022, in Pittsburgh. (AP Photo/Keith Srakocic) 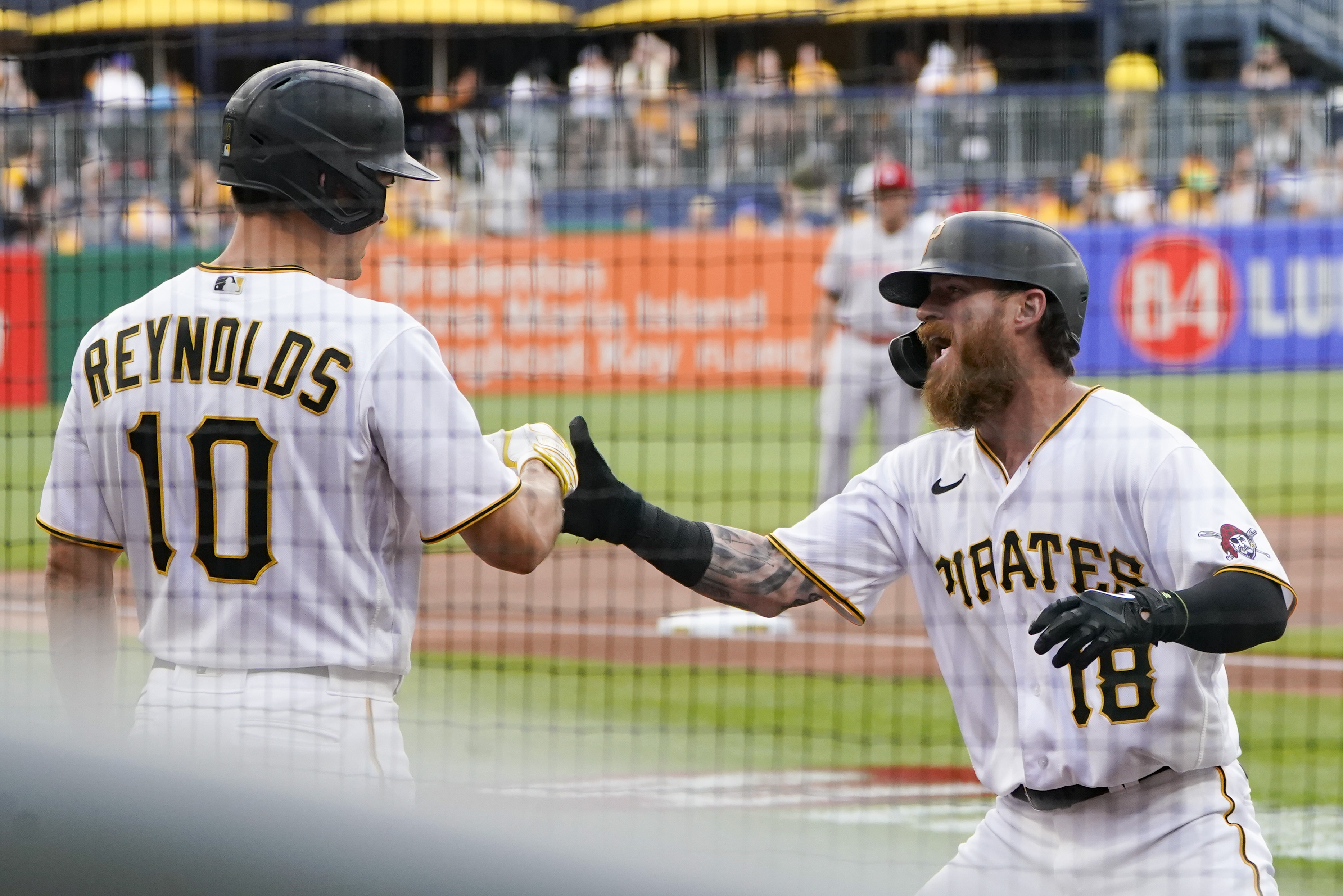 Pittsburgh Pirates' Ben Gamel (18) celebrates with on-deck batter Bryan Reynolds (10) after hitting a home run against the Cincinnati Reds during the first inning of a baseball game, Friday, May 13, 2022, in Pittsburgh. (AP Photo/Keith Srakocic) 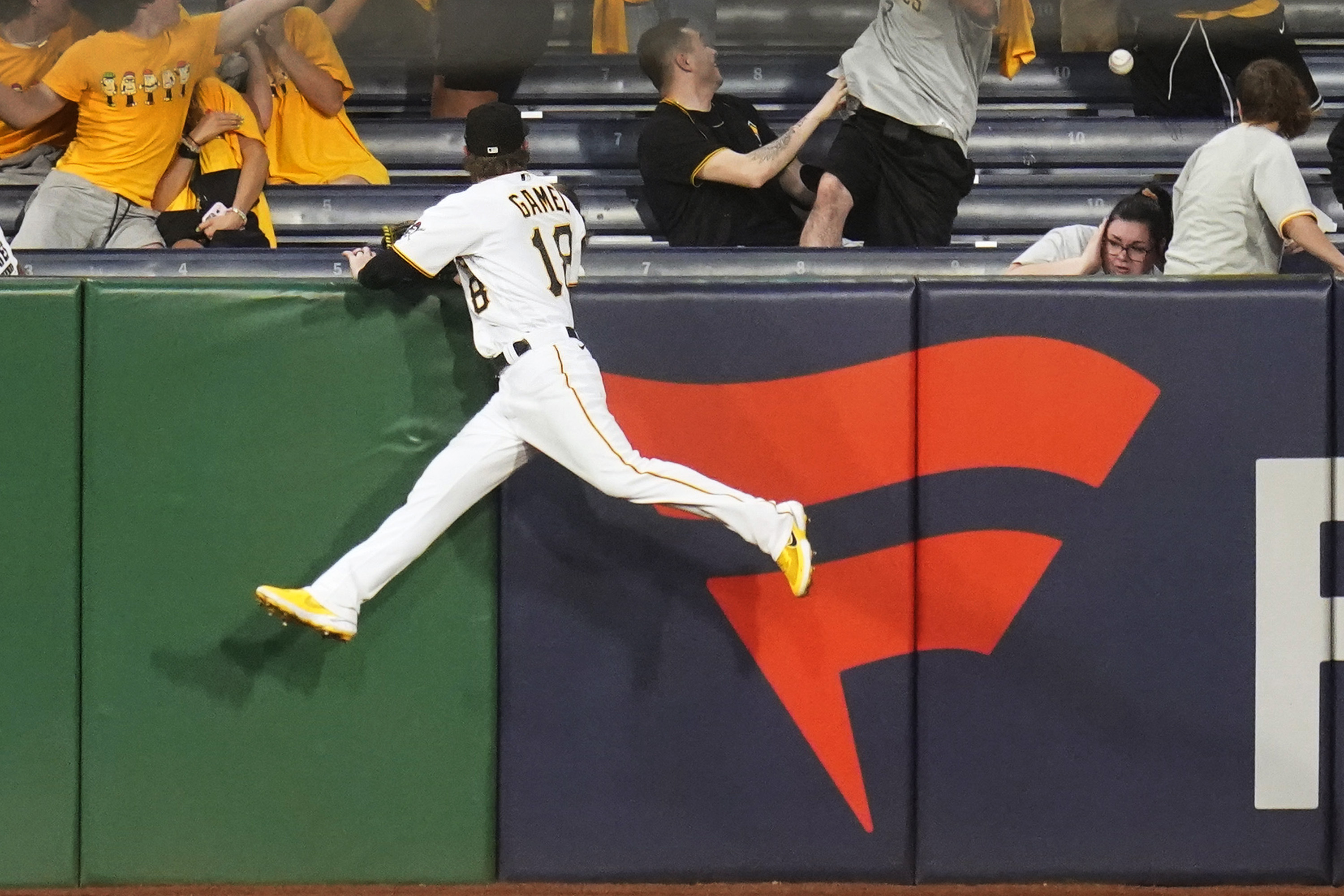 Pittsburgh Pirates left fielder Ben Gamel hangs onto the wall as the home run ball hit by Cincinnati Reds' Brandon Drury bounces in the stands during the seventh inning of a baseball game, Friday, May 13, 2022, in Pittsburgh. (AP Photo/Keith Srakocic) 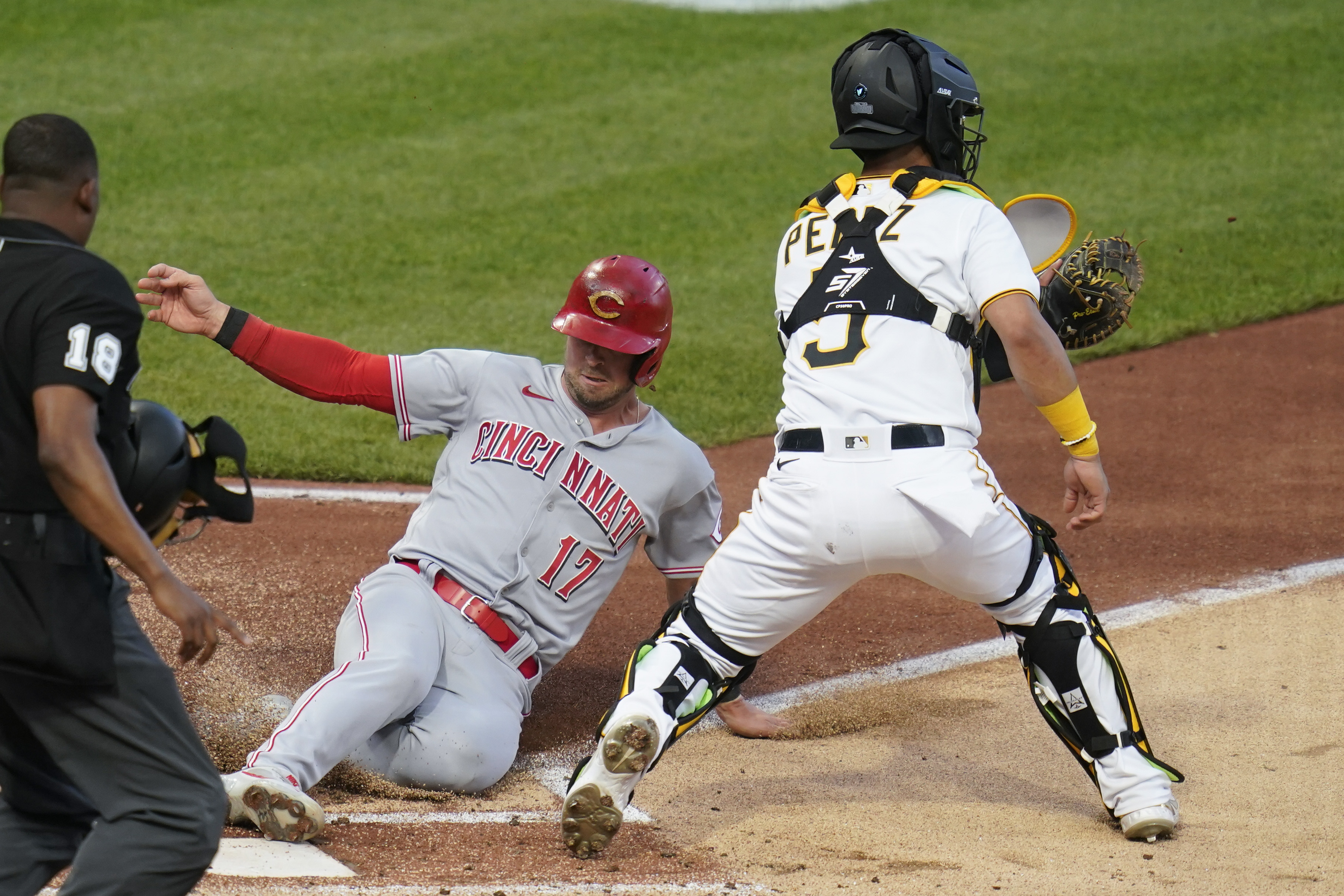 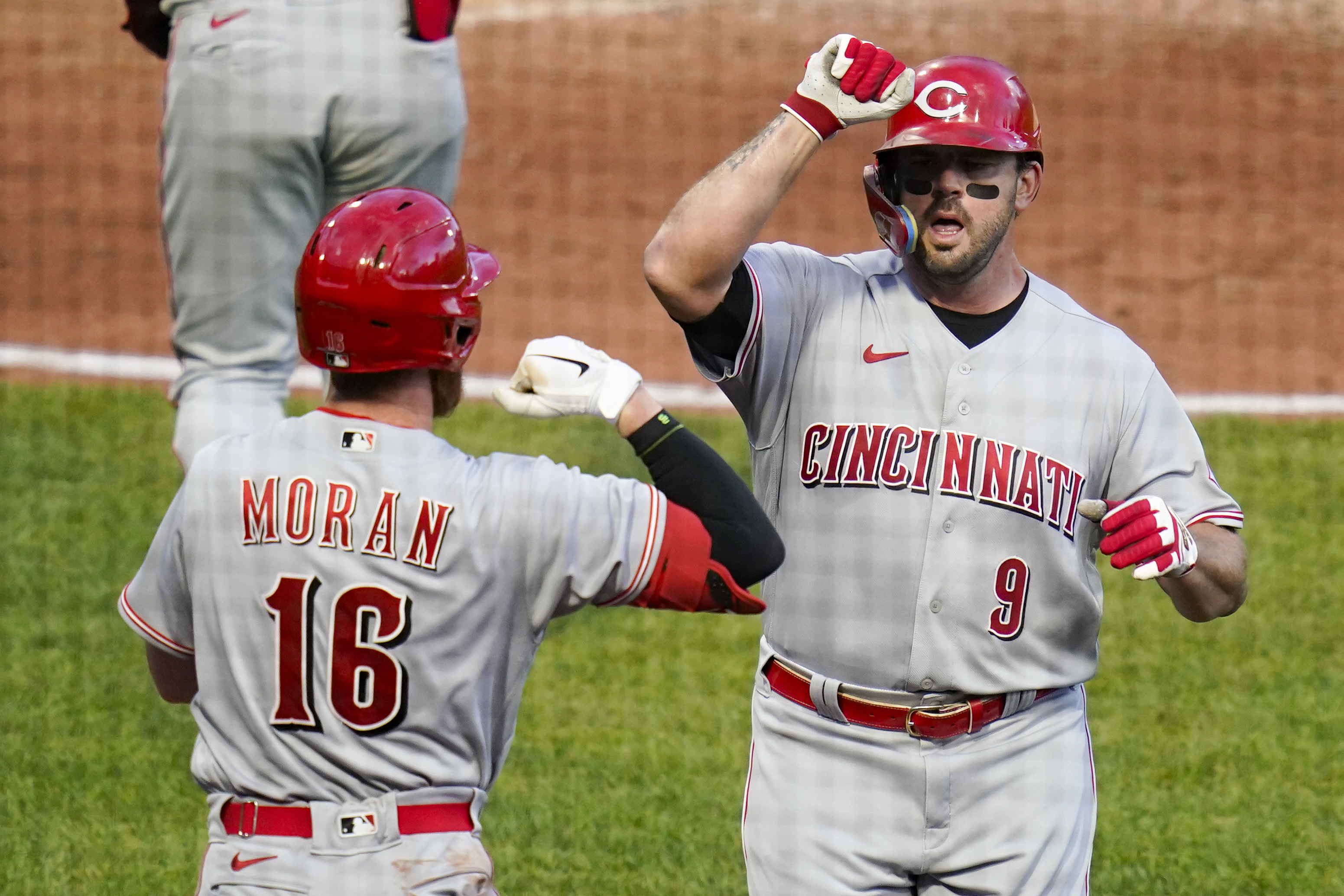 Cincinnati Reds' Mike Moustakas (9) celebrates with Colin Moran (16) after hitting a solo home run against the Pittsburgh Pirates during the third inning of a baseball game, Friday, May 13, 2022, in Pittsburgh. (AP Photo/Keith Srakocic)