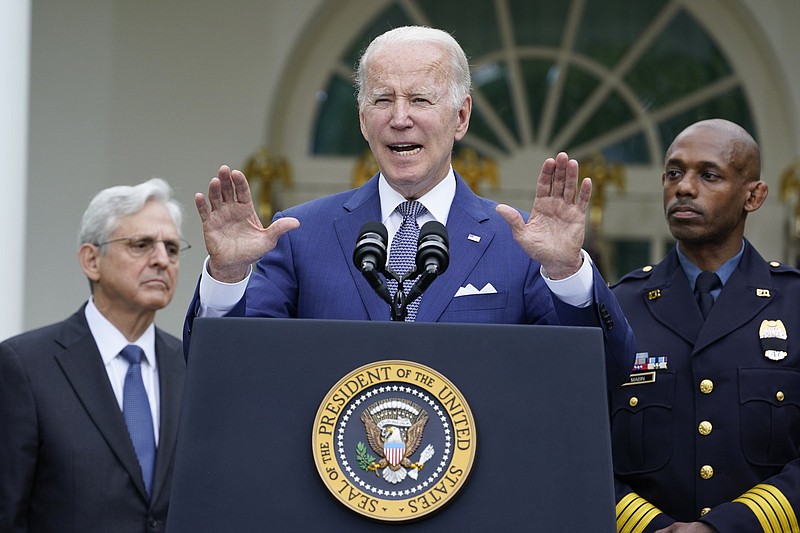 Biden said more money should be spent on public safety before the summer months, which typically bring a spike in violent crime.

"Taking action today is going to save lives tomorrow," he said.

Biden's remarks came as the Treasury Department prepared to release a second round of coronavirus relief funding for state and local governments.

The Democratic president has been under pressure from Republicans and others to bring down violent crime across the country, one issue among many that could complicate his party's chances of retaining control of Congress in the November midterm elections.

Biden has announced a strategy to combat gun crimes, including steps to crack down on rogue gun dealers and slow the spread of untraceable ghost guns, privately made firearms without serial numbers.

Among the officials who met with Biden were the mayors and police chiefs of Detroit, Houston, Kansas City, Mo., and Tampa, Fla. The mayors of Tulsa, Okla., and Toledo, Ohio, also attended, as did officials from Baton Rouge, Louisiana, and Mercer County, Pennsylvania.

Some cities have used the federal funding -- which Republicans in Congress did not support -- to hire more police officers, buy body cameras and new police and fire vehicles, pay overtime and improve mental health and domestic violence responses, the White House said.

The 2021 relief package included $350 billion for state, local and tribal governments, money that could go to police departments. After the killings of several Black Americans by law enforcement officials, some Democrats and civil rights activists have urged cutting police budgets. The idea has been a frequent target for Republicans even though the president has said he believes the police need the money.

FBI records released last September suggest that Biden inherited a violent crime problem. In 2020, the year before he took office, homicides rose nearly 30% over the previous year, the largest one-year jump documented by the FBI. There were 21,570 killings, the highest since the early 1990s when homicides stayed above 23,000 a year.