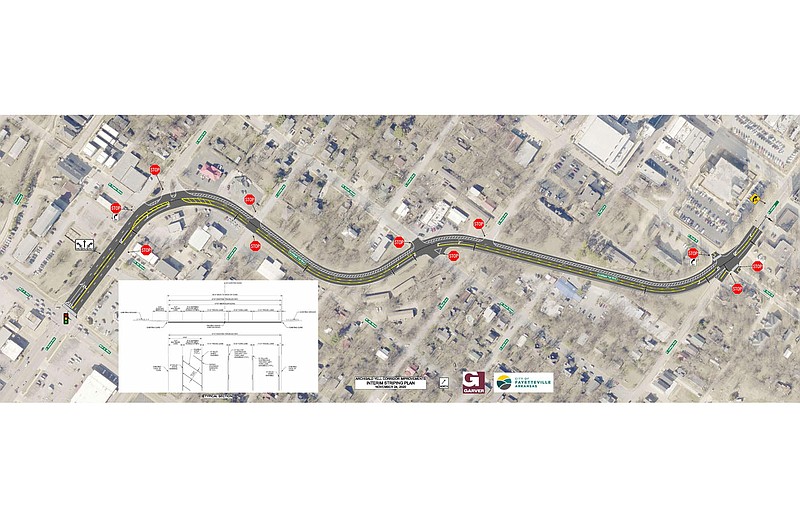 A drawing from engineering firm Garver shows the proposed layout of a restriping effort along Archibald Yell Boulevard in Fayetteville. (Courtesy/Fayetteville)

FAYETTEVILLE -- Work to improve one of the more peculiar intersections in town is imminent.

The City Council on Tuesday will consider a nearly $3 million contract with Benchmark Construction of NWA Inc. for road work along Archibald Yell Boulevard, south of downtown. Money for the project is coming from a transportation bond issue voters approved in 2019 and the city's water and sewer fund.

The work will involve overhauling the three-way intersection at Archibald Yell, Rock Street and College Avenue. Additionally, Archibald Yell will be reduced from four to three lanes, with a traffic signal and pedestrian crossing installed at South Street.

The city gathered feedback about the street and the intersection from residents for its 2018 mobility plan. Drivers reported feeling unsafe along the curvy stretch on Archibald Yell and difficulty navigating the three-way intersection. Pedestrians said the street creates a barrier between residences to the southeast and downtown, and that crossing four lanes of traffic presents a danger.

"The Rock/College intersection is probably one of the highest traffic-incident areas just because you've got so many things you've got to try to watch out for," Brown said. "The safety improvements there are all going to be beneficial."

The redesign separates the different moves a driver could make at the intersection, Brown said. Cars heading north from College Avenue will have a stop sign at the intersection and will be able to go straight through without merging with traffic. A yield sign will meet cars wanting to go north from Rock Street. Southbound cars will have their own left-turn lane. A landscaped median will provide spacing between cars.

Archibald Yell from the intersection to where the street becomes South School Avenue will be restriped to have one traffic lane in each direction and a turn lane in the middle. A traffic signal will go in about halfway along the stretch at the South Street intersection, providing a crossing for pedestrians.

The width of the street will not change, Brown said. The city will be able to make adjustments to the placement of the lanes or the traffic signal timing if necessary, he said.

The street will revert to four lanes at South School Avenue, just like it is now. However, there will be a dedicated right-turn lane at the intersection of South School Avenue and Martin Luther King Jr. Boulevard to improve traffic flow, Brown said.

Brown presented the construction contract to the City Council during its agenda-setting session Tuesday. Council member Mike Wiederkehr encouraged the administration to give residents plenty of heads up before work begins because it's a heavily trafficked area.

Archibald Yell Boulevard has historically served as a barrier between residents to the southeast and the downtown square, council member Sonia Gutierrez Harvey said. The city has aerial photos that show the area was a grid of streets until the 1940s, and by the early 1950s Archibald Yell was installed.

"It's had an enormous amount of public input," Harvey said. "One of the biggest things we're trying to do is bring together that south neighborhood into the square. We're trying to create a pedestrian-friendly vibe and safety." 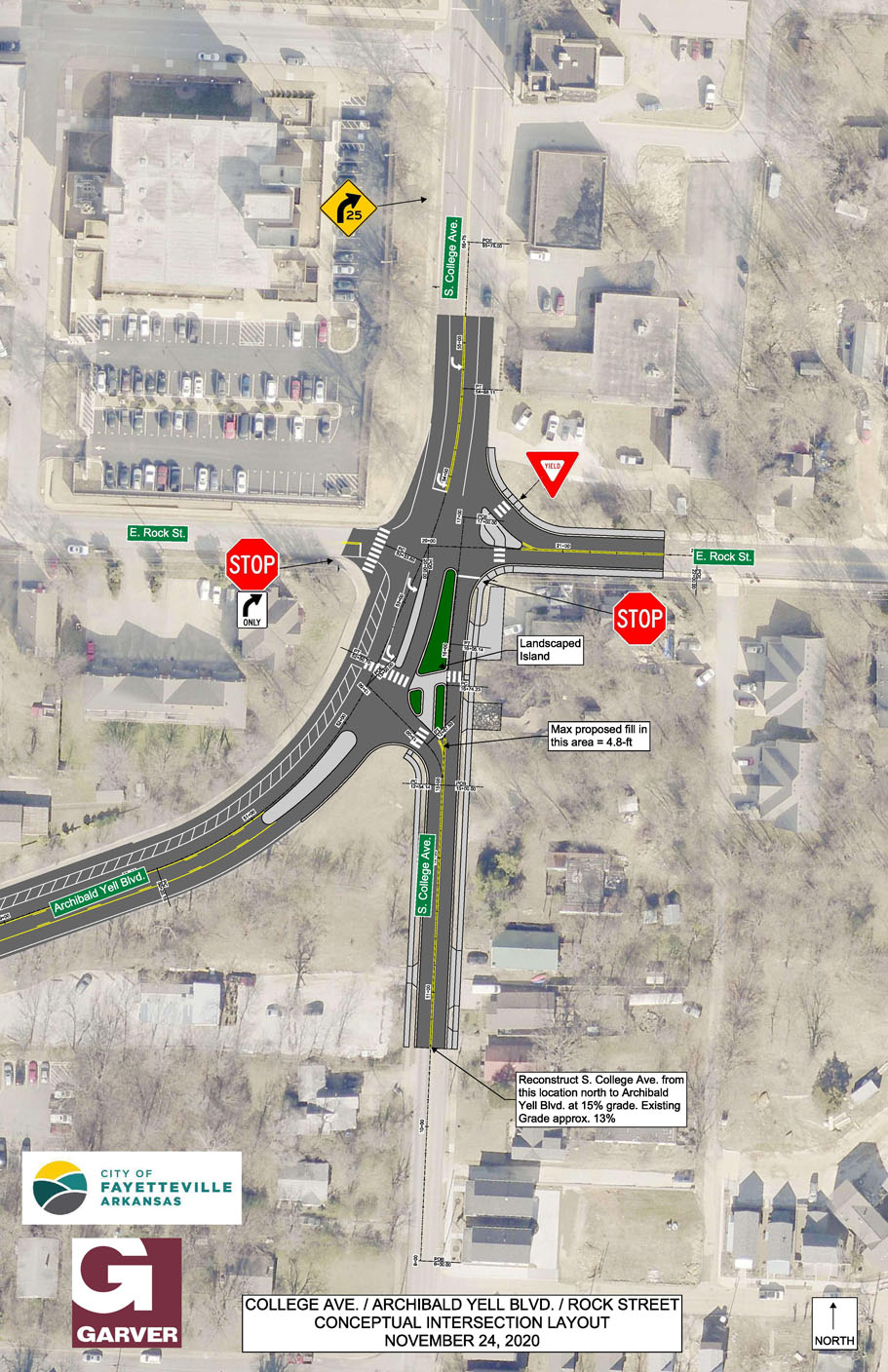 Money for a construction project at Archibald Yell Boulevard in Fayetteville is coming from two sources:

*An additional $238,920 was used separately from the transportation bond issue for design and construction management services.