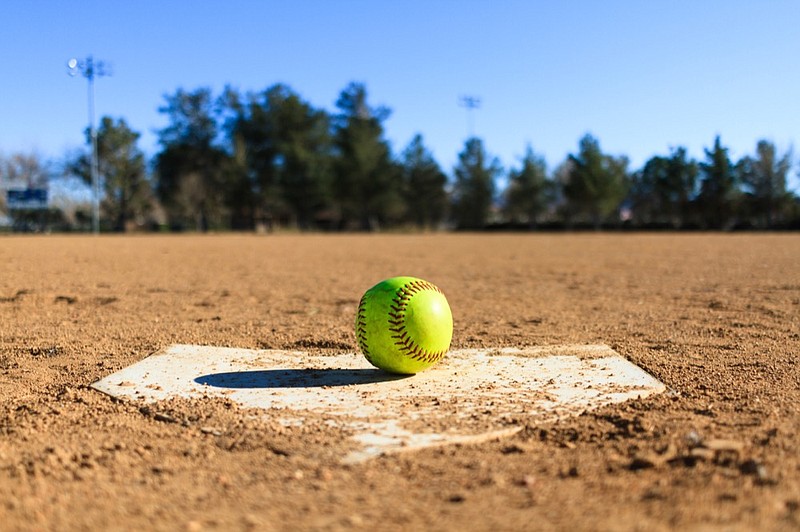 Van Buren had base runners from every spot in the order and scored in five different innings for a 10-5 win over Marion in the second round of the Class 5A state softball tournament at Majestic Park.

On Friday, Van Buren had hits from seven of the nine spots in the batting order and scored runs in eight spots. Even in the one spot that didn't score a run, Maddie Mills, batting ninth, had two singles and drove in Van Buren's first two runs for a 2-0 lead in the second inning.

The final five batters in the order had eight of Van Buren's 11 hits, including two by winning pitcher Ember Caldwell and two by Kyleigh Kuykendall.

"That's the beauty of this team," Van Buren Coach Andy Williams said. "We don't have to have the 3-, 4- or 5-hole come through every time. Someone else is going to do it. That's what is so fun about them."

Marion took a 3-2 lead in the top of the fourth inning on four hits with Claire Hall driving in two with a single followed by a double by Kelsey Baker to score another.

Van Buren answered in the bottom of the fourth, aided by an error with catcher Ashlynn Michael doubling home a run for a 5-3 lead.

"They answered us, but we helped them out," Marion Coach Sean Gray said. "Two routine balls that we didn't make a play on. You can't do that if you're going to beat a good team, and Van Buren's a very good team. They took advantage of it, and we weren't able to answer after that."

Kuykendall's double scored two more run in the fifth inning, and Mills added a run-scoring single to push the Lady Pointers up 7-3.

"They've done it all year," Williams said. "Last night, we're up one run. We couldn't score. We were playing tight and weren't playing loose. It's a tie game and we go to the seventh inning and scored a run; no big deal. Same thing today, the bottom of the lineup, which has done it all year, set the table and the top of the lineup came up and finished it off."

Caldwell missed a grand slam by about four feet with a run-scoring single as part of three more runs in the sixth.

"I give all of the credit to our offseason conditioning program and our strength program," Williams said. "We pushed them to do things that they didn't think they could do. They gained mental toughness, and now we win games like this when we get behind."

Alyssa Houston pitched her second shutout of the state tournament to lead Benton.

Houston struck out 14 in the win, walked four and allowed just a double to Sophie Weaver in the fourth inning.

Riley Gilmore capped the win with a solo home run in the sixth.

The Lady Yellow Jackets (23-5) scored a single run in the first inning and three more in the fourth, which was plenty for Cooper Terry.

Terry pitches a four-hit shutout and struck out eight.

A sacrifice fly by Riley Gillis scored Elizabeth Wilson, who singled, took second on a sacrifice bunt, and third on a wild pitch.

Gillis, Mary Lem, and Hanna Gilbert all singled to start off the home half of the fourth inning, and all three scored.

The Lady Eagles broke open a close game with five runs in the sixth inning.