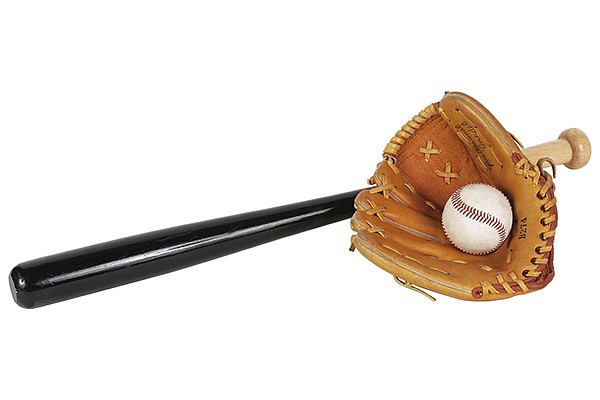 NASHVILLE -- Huntsville managed to eek out a close victory Friday, but Coach Greg Harris aid he wasn't so sure if his team had won or not after the game's last out was recorded.

With how the final moments played out, he had a reason to be confused.

The Eagles managed to tag out Joe T. Robinson's Jack Cleveland in between third and home to preserve a razor-thin 7-6 win in the quarterfinals of the Class 4A state baseball tournament at Wilson Park.

Tucker Bradley and Kolton Reynolds each had home runs for Huntsville (23-7), which suffered a 2-1 loss to Robinson (20-14) in the first round a year ago. But the Eagles flipped the script this time -- barely.

Huntsville took a 7-2 lead into the top of the seventh after Reynolds' three-run shot. But the Senators' Peyton Nelson scored off an error to trim the Eagles' lead to four. Cleveland, who had an RBI double in the sixth, then drove in three runs with a hard-hit, two-out double to right centerfield. He would continue to sprint to third after a bobbled ball in the outfield and began to head home ahead of the throw.

However, Huntsville got the ball into the infield just after Cleveland made his turn. He was then caught in a rundown, where he was eventually touched for the final out.

Those series of events alone had Harris wondering afterwards.

"I had to go over and ask [Assistant] Coach [Dan] Caughman if we'd won," he said with a laugh. "All these guys running around the bases for Robinson, I was like, 'Did we win?' He said, 'Yes we did,' but I wasn't sure because so much was happening."

Enough happened beforehand that enabled Huntsville to clinch a spot in today's semifinals.

Mason Davidson had two hits and two RBI for the Eagles, who also got a strong game from Luke Eaton on the mound. He allowed 2 hits and struck out 5 in 5 1/3 innings on 66 pitches. At one point, the senior retired 11 consecutive batters from the second through the sixth innings. He was eventually relieved in the sixth after Nelson's single.

"The last couple of outings, Luke has been really good," Harris said. "He was really good [Friday]. Pitching in the heat, even on just 66 pitches, you can see that he was losing a little bit. Actually our plan was to get four [innings] out of him, but he pushed us out to six.

Nelson didn't have a bad performance on the mound either for Robinson. He gave up three hits and kept the Eagles from putting together the same kind of offensive outburst they did in their 13-10 victory over Harrison in last week's 4A-North Regional final.

But when Huntsville did get to Nelson, the Eagles made it count.

Davidson's two-run hit gave Huntsville a 2-0 lead in the first. Bradley later made it 4-0 in the fifth with his two-run home run.

The Senators sliced that cushion in half in the sixth on Cleveland's RBI and Nelson's score on a sacrifice fly from Brett Wilson before things intensified following Reynolds' home run.

Caleb Anderson lost a no-hit bid in the final inning, but the work he did up until that point boosted Shiloh Christian (17-12).

The senior had 7 strikeouts and gave up 1 hit in 7 innings for the Saints, who got three RBI from Dakota Goble. He had a two-run double in the fourth to put the Saints up 3-0. Ben Baker also drove in a run for Shiloh Christian.

Slade Caldwell, who got the win, scored three runs for the Blazers.

Carter Babb and Tripp Campbell both ended with two hits for Arkadelphia (18-5), which had its 11-game winning streak snapped.

Harrison (20-12) took advantage of a pair of costly mistakes to advance.

The Goblins' Kaden Quandt scored on a bases-loaded, wild pitch in the top of the fifth to tie the game at 3-3. Dylan Block then scored from second base after a throwing error during the same sequence to give Harrison the lead for good.

Timber Crenweldge had an RBI single for Harrison, which trailed 3-0 after three innings. The Goblins also got a run off a balk.

Patrick Engskov had a two-run home run and Harrison Engskov chipped in with an RBI single for Pulaski Academy (22-9-1).