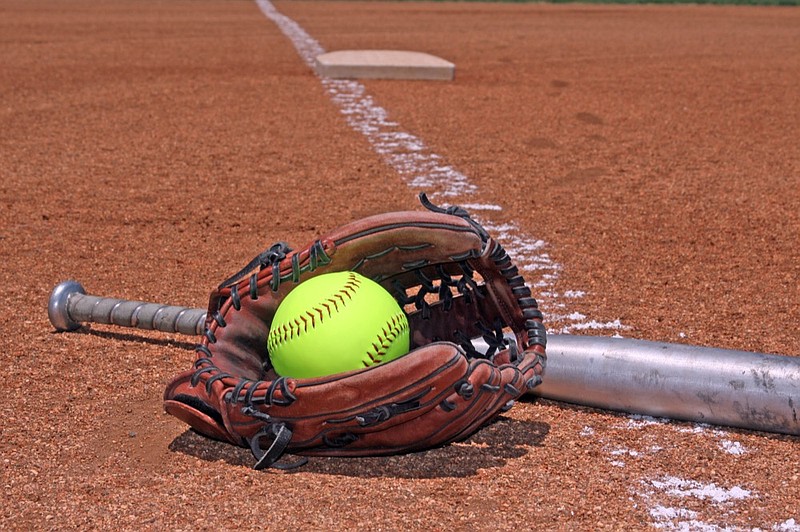 NASHVILLE -- There wasn't much that Nashville Coach Boomer Brown needed to say to his team in the bottom of the first inning after Morrilton put them in a five-run hole.

The Scrapperettes' demeanor spoke volumes, but Brown wasn't about to panic. His seniors wouldn't allow him to.

Nashville responded with 13 unanswered runs to wrestle control away from the Lady Devil Dogs and pull away for a 16-6 victory in five innings during the quarterfinals of the Class 4A state softball tournament on a blistering hot Friday afternoon at the City Park Softball Complex.

The win was the 12th in a row for the Scrapperettes, who got a measure of revenge from the team that beat them in last year's state semifinals. Nashville (25-5) suffered a 4-0 loss to Morrilton (20-9) on the Lady Devil Dogs' home field last season -- a game that helped catapult them to their first state title.

But the Scrapperettes, behind strong performances from their upperclassmen, made sure a repeat wasn't in the cards.

Senior Eva Reeder had three hits and four RBI, while classmate Ellen Spigner tallied two hits and four RBI for Nashville, which had to overcome a stunning start from the defending state champions to win in front of a jam-packed crowd.

Morrilton's first three batters all singled to start the game before Olivia Self blasted a grand slam off Nashville ace Maci McJunkins to give the Lady Devil Dogs a quick 4-0 lead. Chloe McNabb would later add an RBI single in the inning.

"I didn't like our body language when we came in from that inning," Brown aid. "I told them, 'You've got to change because you look beat already.' That's when the seniors took control, and we just kind of nicked away at it. And then our bats started to get going.

"The way they battled ... they showed a lot of character."

That resolve started with McJunkins, who never flinched after Morrilton tagged her for five runs off five hits. The senior fought through that tough start and didn't give up another hit. She finished with 7 strikeouts and 4 walks in 7 innings.

Spigner's RBI single in the bottom of the first produced the Scrapperettes' first run, and McJunkins soon followed with a two-run home run that cleared the left center-field wall by at least eight feet.

Nashville continued its flurry in the second by batting around. After Reeder scored on an error, Spigner's sacrifice fly eventually tied the game at 5-5. Emma Hutchison gave the Scrapperettes the lead in the ensuing at-bat with a two-run double. Reeder also drove in two runs on a double in her second trip to the plate.

The Scrapperettes, who got 10 of their 13 hits from their seniors, had four runs in the third, with Spigner's two-run single serving as the big blow. Morrilton got back in the scoring column in the top of the fifth when Krystina Clemons scored off an error, but Nashville polished off the win when McJunkins connected for a run-scoring single just prior to Reeder's game-ending, two-run double to the right-field corner.

McJunkins, Emalea Bailey and Ashley Chambers all had two hits each for the Scrapperettes, who will play in the semifinals today at noon against Stuttgart.

Madison Neal scored on Hagan Hord's sacrifice fly in the bottom of the eighth inning to lift Stuttgart (22-3) in extra innings.

Hord's shot to right field came on a 2-2 count for the Lady Ricebirds. Lauren Spoon had two hits for Stuttgart.

Gravette (22-8) was held to three hits, one each by Brynn Romine, Keeley Elsee and Meghan Woodmancy.

Harrison (20-7) scored twice in the bottom of the seventh inning to claim a spot in the semifinals.

Bauxite (26-6) took a 1-0 lead in the sixth when M.J. Bermingham drove in Bryley Bowman. But the Lady Goblins tied it on an RBI by Eliana Warner. Shelby Eddington would then drive in Kaylee Wolfe for the winning run.

Amera Wright had four RBI while Lexi Davis had two for the Lady Blazers, who scored four runs in both the fourth and fifth innings.