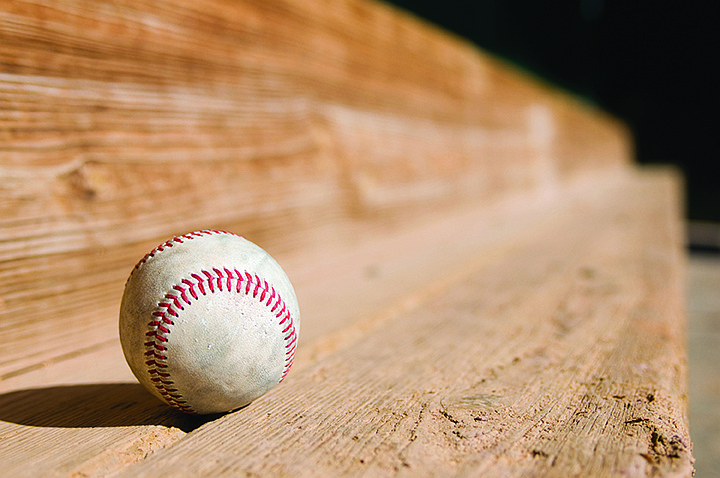 HOT SPRINGS -- Van Buren senior pitcher Devin Gattis knew his day was finished on the mound after reaching the pitch limit after the final out in the top of the eighth inning.

In the bottom of the inning, he made sure everybody's day was done.

Gattis lined a base hit deep down the right-field line that kicked into the corner, easily scoring Josh Nowotney from first base for a 4-3 win over Jonesboro at Majestic Park in Hot Springs on Friday in the second round of the Class 5A state baseball tournament.

"That's been us all year," Van Buren Coach Luke Weatherford said. "They just kept battling, and that's the way they've been all year."

Van Buren (25-5), the defending state champion after beating Jonesboro last year in the championship game, will play Batesville at noon today in the semifinals.

On Friday, Nowotney beat out a chopper down the third-base line with one out to set up the game-winner by Gattis.

"To have a guy in the nine-hole that can hit like that, and to know he's capable," Weatherford said. "Devin has done so much for us. He pitched his guts out today, too."

Nowotney struck out in his first two at-bats and was pinch-hit for in the sixth inning.

That was after a wild seventh inning in which Van Buren scored twice to tie the game and force extra innings.

After Presley Nichols and Eli Gilreath walked to lead off the home half of the seventh, Connor Brady singled to load the bases. Jonesboro turned a double play with Nichols scoring and Gilreath moving to third.

Gilreath then scored on a balk, the second of the game by Jonesboro, to tie the game at 3-3.

Jonesboro Coach Mark Dobson argued the call, leaving the field once and coming back again to talk to the third-base umpire.

"At the end of the day, you try to put yourself in a position to win," Dobson said. "I think we did. Sometimes there are things that are out of your control that you can't do anything about."

Meyer Maddox singled for Jonesboro with two outs in the top of the eighth before Gattis got the final out on a called strike on his 110th and final pitch.

Jonesboro (24-6) opened the game with two runs in the top of the first inning on a triple by Ty Rhoades that scored Maddox, who had walked, and a sacrifice fly by Josh Hyneman.

Jonesboro added another run in the sixth to take a 3-1 lead on a grounder by Rykar Acebo that scored Maddox, who had singled.

Lance Davis, a sophomore who committed to play at the University of Arkansas in October, was overpowering at times with five strikeouts before leaving after a walk in the fifth inning.

Van Buren touched Davis for a run in the bottom of the first on a double by Gilreath and a run-scoring single by Brady.

After Davis, Jonesboro went to Hyneman, a senior who is also headed to the Razorbacks.

Hyneman struck out five in two innings of work before the two walks in the seventh.

"There were so many big plays in that game," Weatherford said. "Nobody deserved to lose that game. They played great, their pitchers threw great. Our guys played great and pitched great."

"Those are doubles or triples," Weatherford said. "It's unbelievable the amount of ground that he covered on those."

Gattis also picked two runners off base, both ending innings, with one at third in the fifth inning and the other at second that ended the sixth.

The loss marks the second in two years to Van Buren for Jonesboro, which now makes the move to Class 6A next season and will play in the 6A-Central.

Batesville (21-7), the third seed from the 5A-East, scored four runs in the first inning, three in the second and two in the third.

Sylvan Hills (21-11) was paced by Taylor Burns, who slugged a grand slam in the seventh inning and drove in five runs altogether.

Brennan Jarreau allowed 4 hits, walked 1 and struck out 5 in the complete-game shutout for Sheridan.

The Yellow Jackets (21-10) scored six runs in the third inning and added two more in the sixth.

Evan Ward and Landon Fiemster had consecutive bases-loaded walks in the third inning to force in runs. Caleb Patrick followed with a run-scoring single, Ashton Branson was hit by a pitch to force in another run, and Fischer Thompson walked to force home the final run of the third inning.