CLASS 3A BASEBALL At Harrison 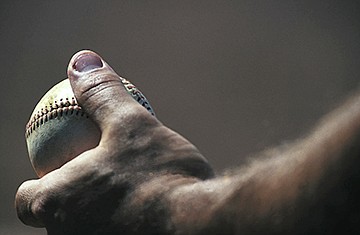 CLASS 3A BASEBALL AT HARRISON

Kyler Hoover and Levi Lang had three hits each as Harding Academy (29-3) shut out and run-ruled its second consecutive opponent.

Lang also had a home run in the third inning for the Wildcats, who ended the game on Kade Smith's RBI double in the fifth.

Bobby Walker banged out three hits for Paris (20-4), which held off a late rally to get within a game of the state final.

Patrick Haley had two hits, and both Daxon Baumgartner and Mason Bradley drew three walks each for the Eagles.

Landon Rowe and Jaxon Jester both scored two runs for Ashdown (25-6), which was down 2-0 in the first until unloading with six consecutive runs.

The Panthers scored three runs in the second inning, with Derek Hilton driving in one on his triple.

Aden Williams had three hits and Landon Haney chipped in with two hits for Elkins (21-9).

The Cardinals scored six runs in the second inning to open up a sizeable lead, then coasted the final five innings.