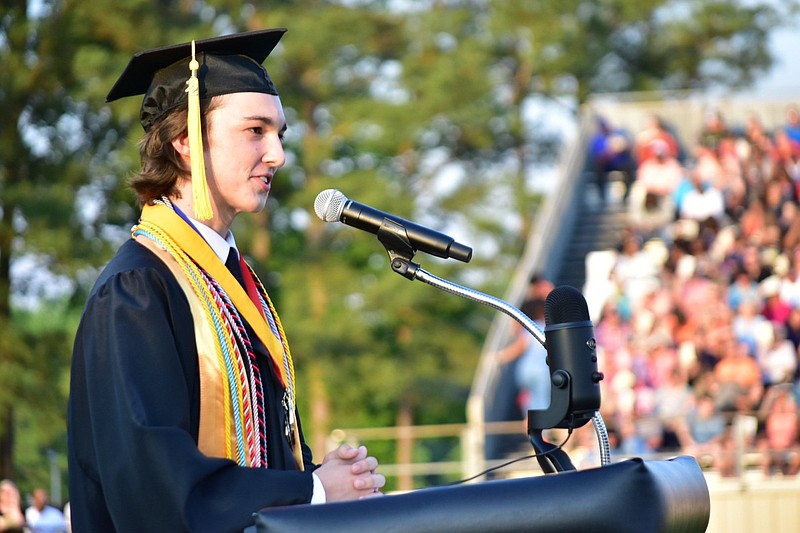 This is the seventh of 14 entries in a series highlighting Jefferson County high school and college graduates.

Lilly Hood reminded a max capacity crowd at Bulldog Stadium why they sat through 90-something degree weather as the sun set behind the press box -- the White Hall High School class of 2022 graduation.

Hood and Abigail Hornbeck delivered the salutatorian address to their fellow Bulldogs and supporters with a different backdrop behind the graduates from past commencements -- the multipurpose athletic building. The facility is one of several new projects the White Hall School District took on through the graduates' senior season and housed a football team that gave the class of 2022 maybe its greatest highlight of the school year -- reaching White Hall's first state championship game since 1987.

Valedictorian James "Jay" Dempsey made sure that the accomplishment wasn't lost on anyone and acknowledged the ambitions and goals of others to become successful.

"For example, there are people like Matthew Martinez, our quarterback working hard to lead our football team to be the best public school team in the state," Dempsey said. "Or Jaden Jurjens practicing daily to become the No. 1 all-state jazz pianist."

Dempsey also thanked the teachers whom he said deserve a raise, but added "the list is simply too long."

Commencement, by definition, means "a beginning or start." But Hood, a basketball Bulldog, disagreed.

"Today just happens to be the day that the path we have been traveling as one splits into 217 unique roads," Hood said. There were 209 graduates listed.

Hornbeck's advice as the young adults embark on their journeys: "Be your own person and stand firm in your own truth so you develop into the person that you were meant to be." 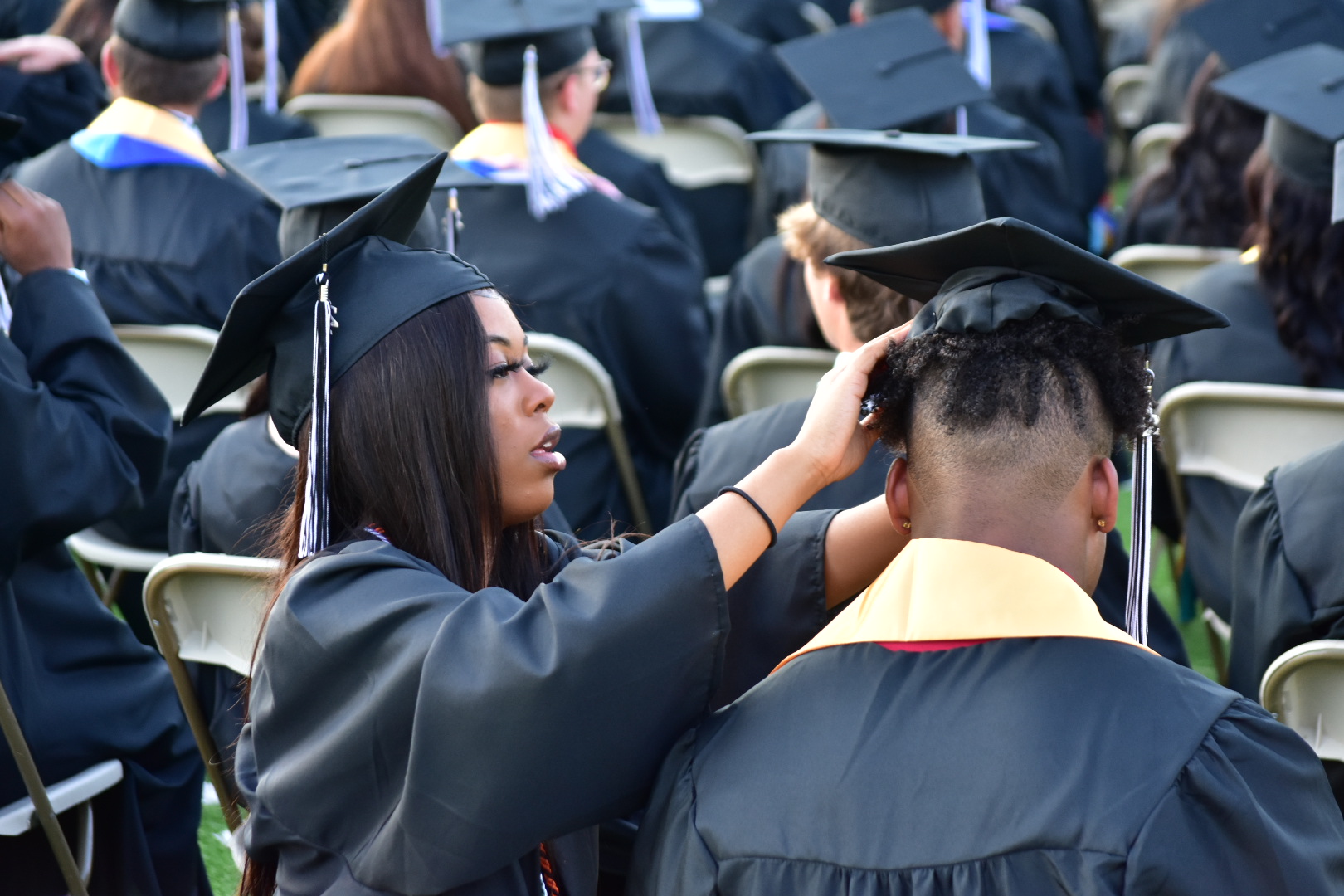 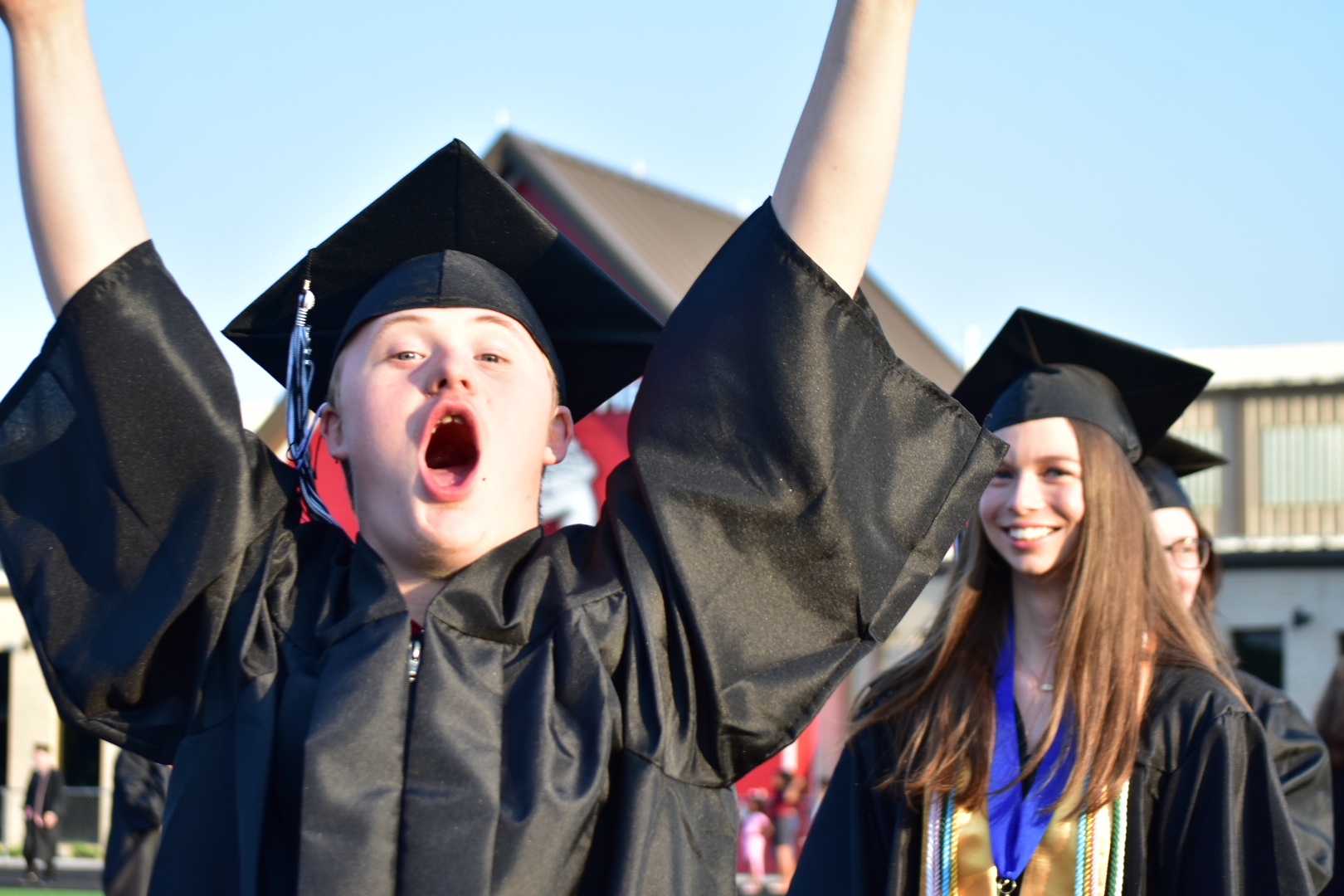 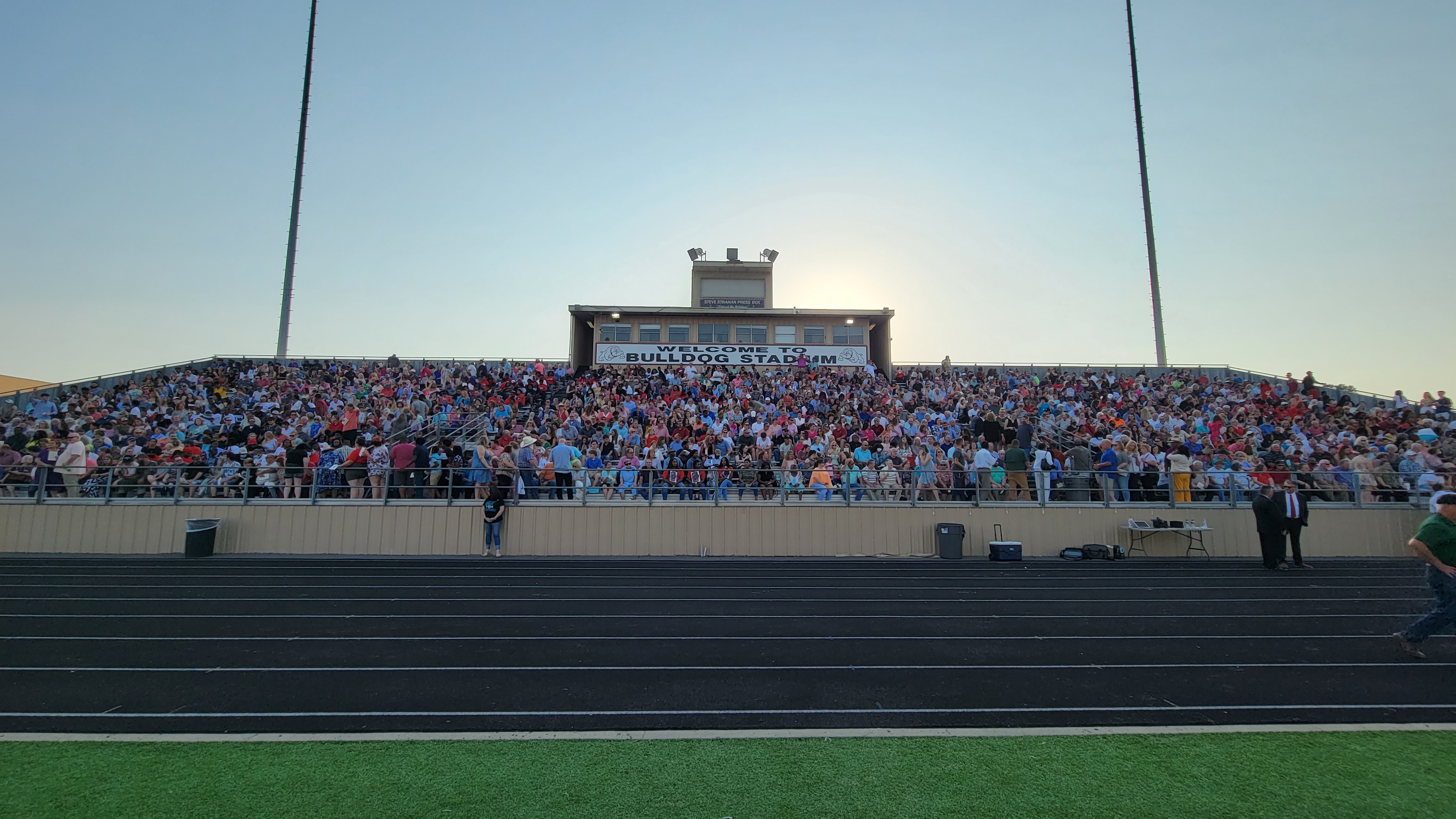 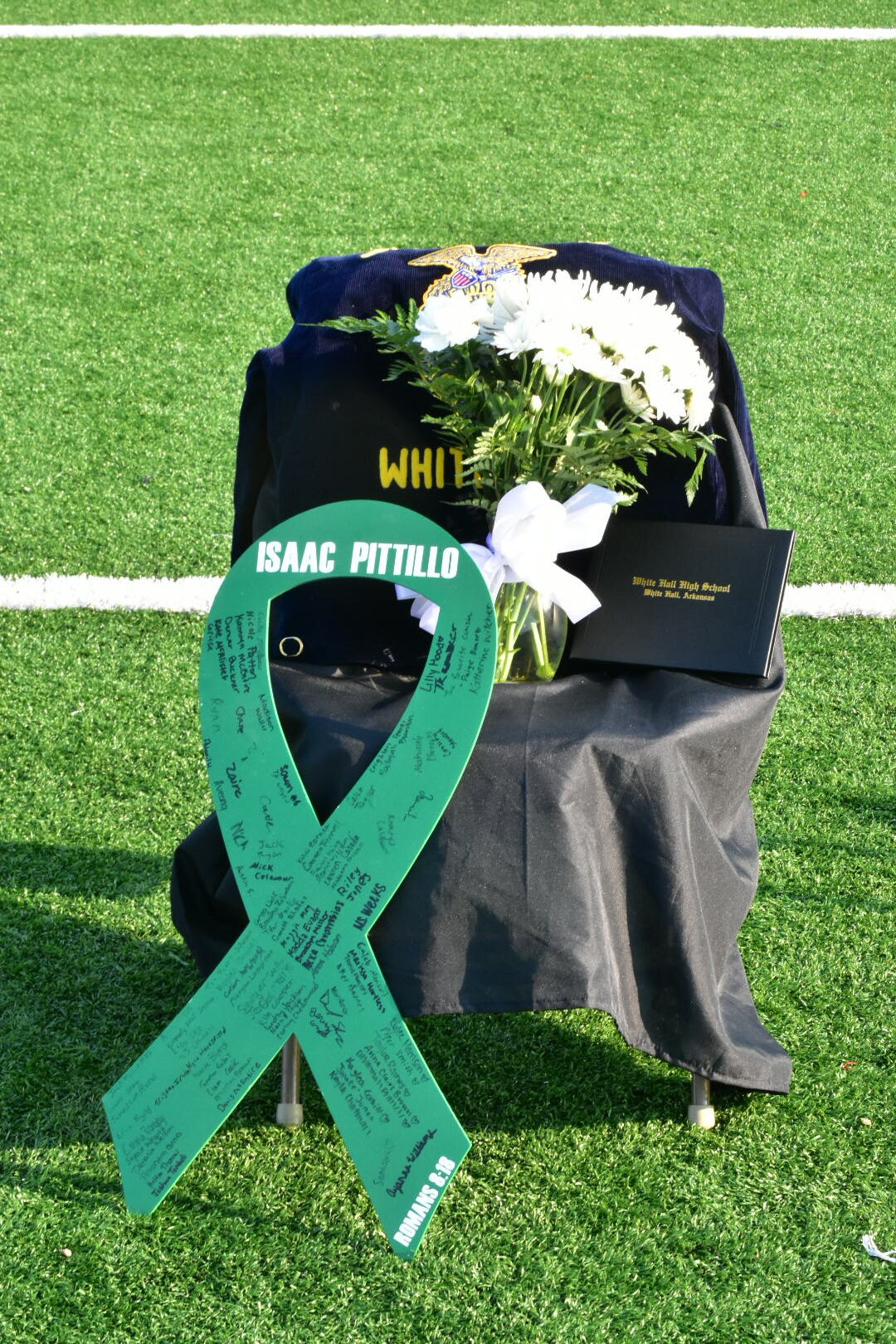 A seat is left for Isaac Pittillo, a member of the White Hall class of 2022 who died in October 2020. (Pine Bluff Commercial/I.C. Murrell) 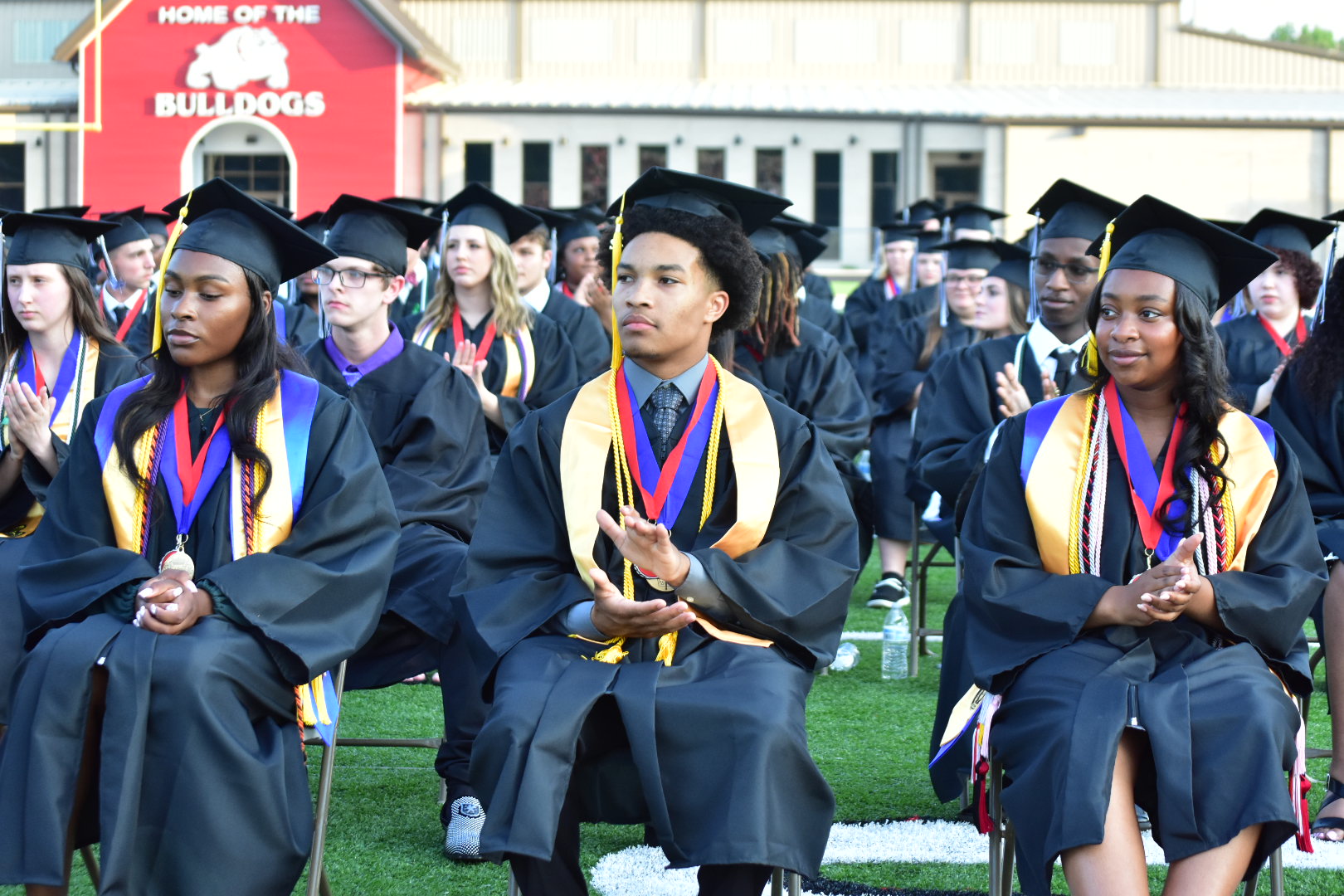 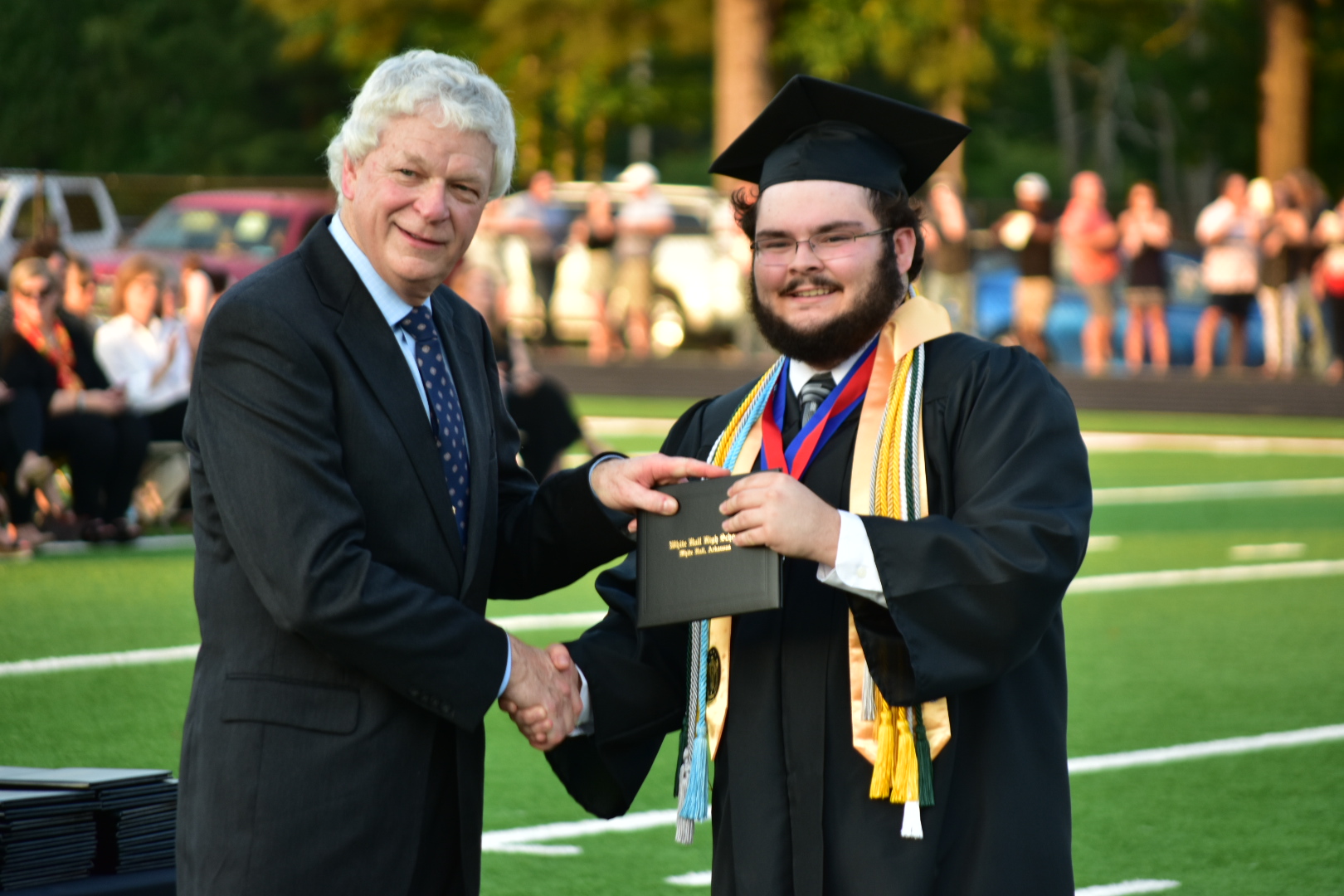 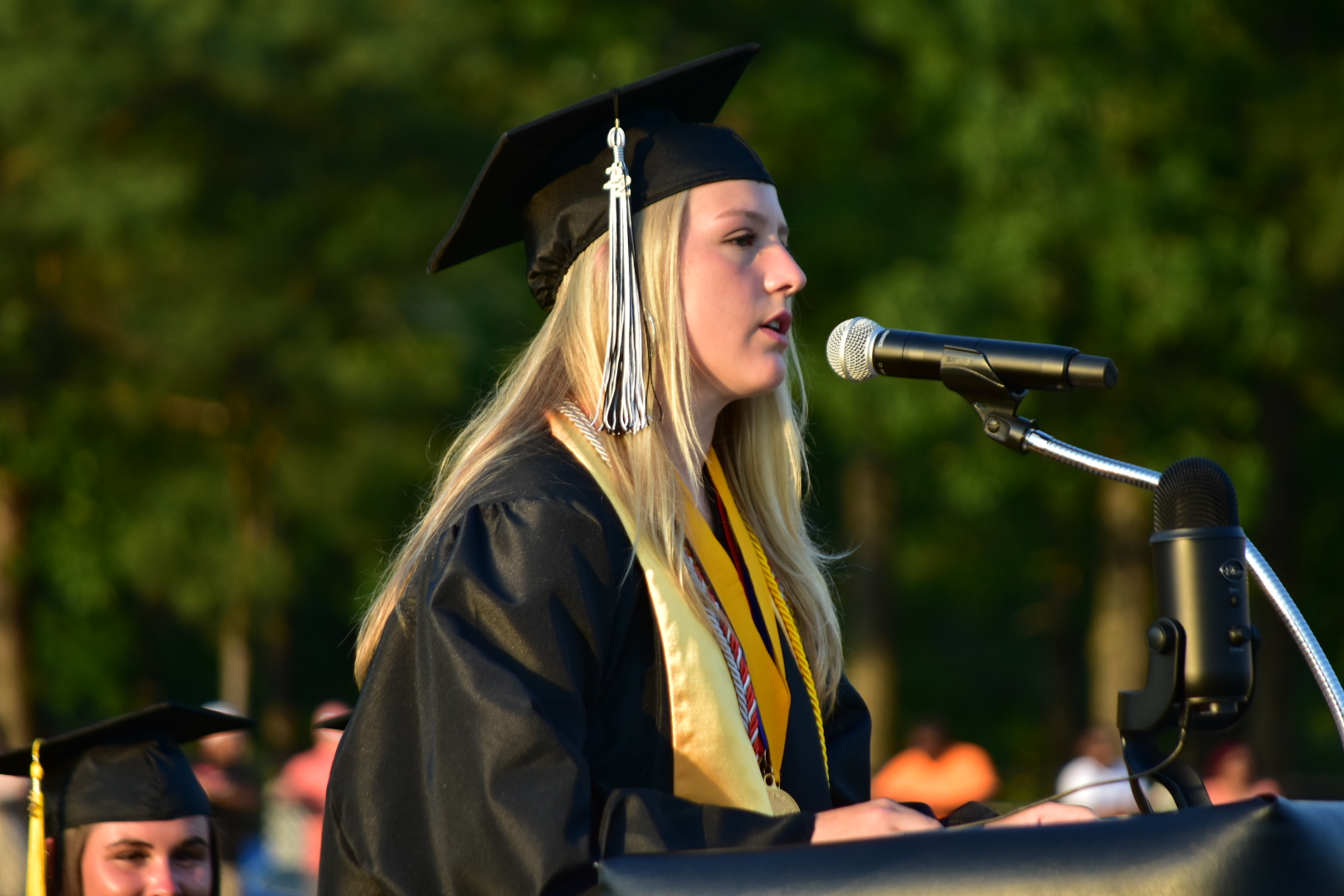 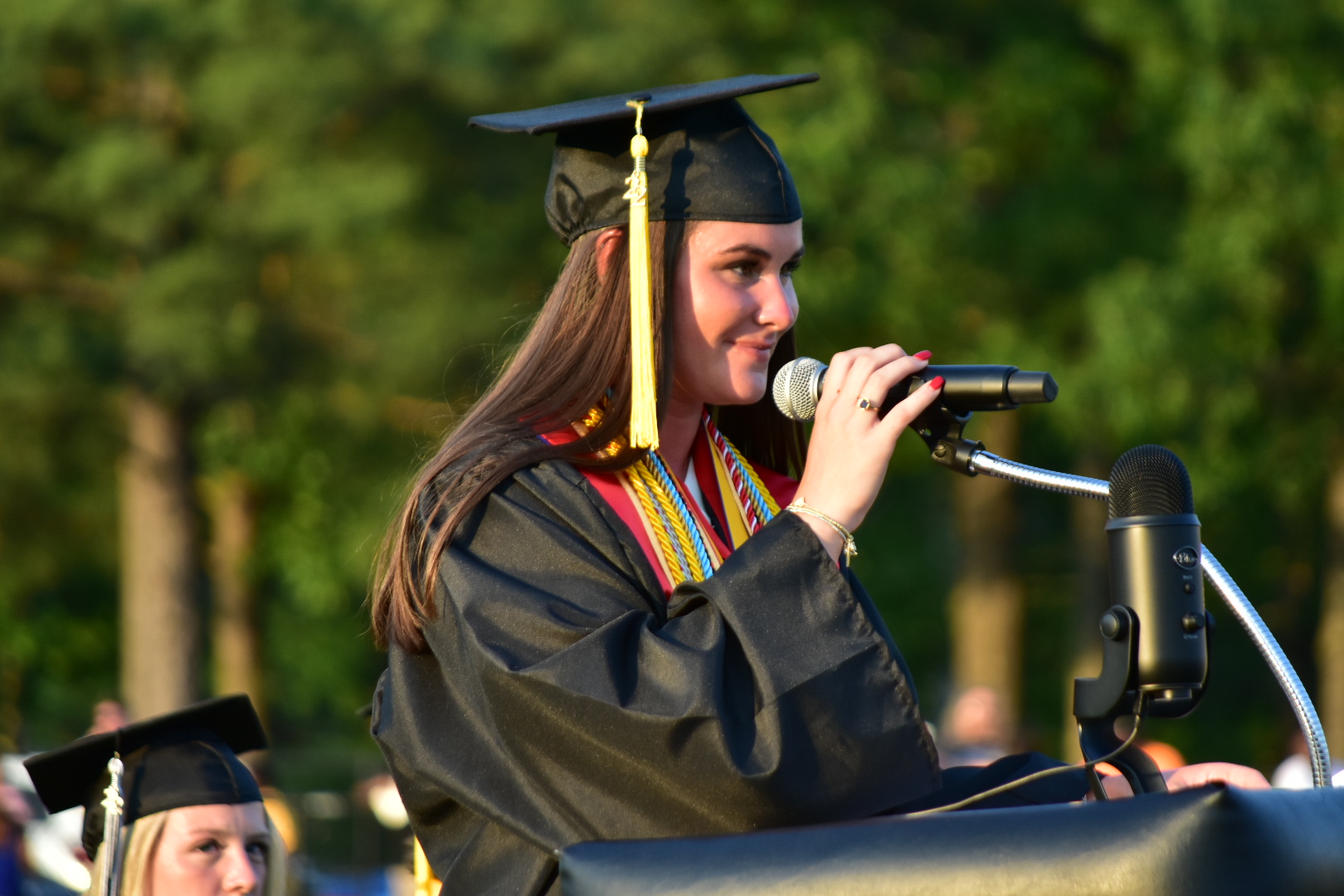 Lilly Hood was honored as one of two salutatorians. (Pine Bluff Commercial/I.C. Murrell)