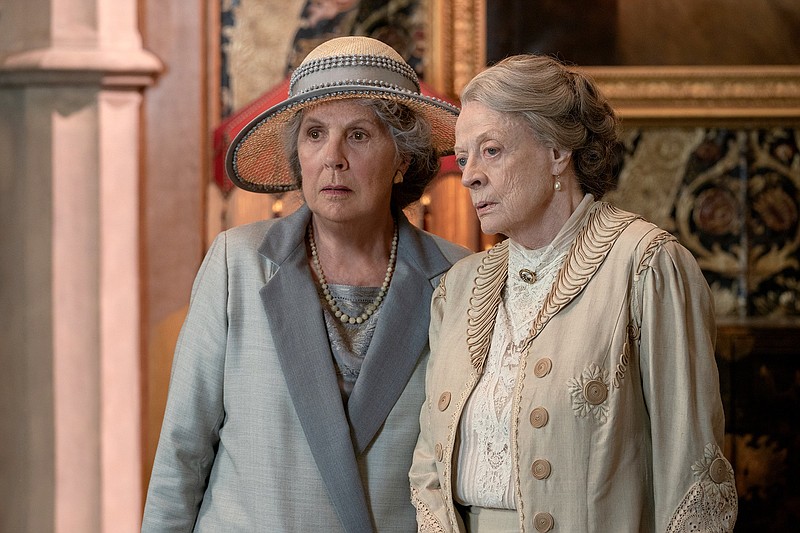 Summer can be defined in a number of ways.

There's astronomical summer, in which the start and end dates of the season coincide with, respectively, the moment of the June solstice and the moment of the September equinox. That means that, this year, for us on Central Daylight Saving Time, summer will start at 4:13 a.m. on June 22 and end on Sept. 22 at 8:03 p.m.

But that's not the only way to define summer. Weatherpeople need to define the seasons on climatic conditions and the annual temperature cycle, regardless of the earth's position to the sun. So, in the Northern hemisphere, when meteorologists talk of summer, they're talking about June, July and August.

An astronomical summer can last between 89 and 93 days; meteorological summer is always 92 days long.

And then there's the cultural kind of summer, which some people will tell you begins on Memorial Day (the last Monday of May) and end on Labor Day (first Monday of September), after which you may be shunned for wearing white.

And then there's the ever-expanding Hollywood summer, which this year began on May 6, with the release of "Doctor Strange and the Multiverse of Madness" and extends to, probably, Wednesday Aug. 31, when we'll see the release of "Mad Max" auteur George Miller's "epic" romance "Three Thousand Years of Longing," which sounds like an upscale, gender-swapped version of the old sitcom "I Dream of Jeanie" with Tilda Swinton in the Larry Hagman role as a scholar who somehow summons a sexy djinn (Idris Elba).

Of course, that's probably a completely unfair characterization of the movie, which doesn't have a trailer yet, but that's the nature of these summer preview pieces, in which we try to guess what movies are going to be based on hearsay and YouTube clips. Miller — who actually has a varied filmography that includes the delightful "Babe: Pig in the City" — has described the film as "the anti-Mad Max," so we can guess there will be no half-naked bassists set afire in this one.

But that's still 108 long, hot Hollywood summer days away. To get there, we've got to go through a lot of movies. Which, in the interest of full disclosure, we must point out we haven't seen. Some of these will not make it to local theaters, some of these will be rescheduled, and this year we've thrown in a lot of movies that will appear exclusively on streaming services. So remember, keep your hands and feet inside the cart at all times, flash photography is dangerous to our performers and absolutely no wagering is allowed.

All releases are theatrical, unless otherwise noted.

"Downton Abbey: A New Era": Apparently the filmmakers did not take my suggestion and entangle the next generation of the Crawleys with the Nazis by having their young ladies head off to German finishing schools. The one-line synopsis here is that the Dowager Countess (Maggie Smith) inherits a villa in the south of France. A lot of the old cast is back, along with new faces Hugh Dancy, Laura Haddock, Nathalie Baye and Dominic West.

"Hold Your Fire": Stefan Forbes' documentary about an incident in 1973 Brooklyn that led to the birth of modern hostage negotiation.

"Men": Alex "Ex Machina" Garland directs Jessie Buckley in this new folk horror film about a woman who retreats to the country after a personal tragedy. Instead of peace, she finds a waking nightmare. 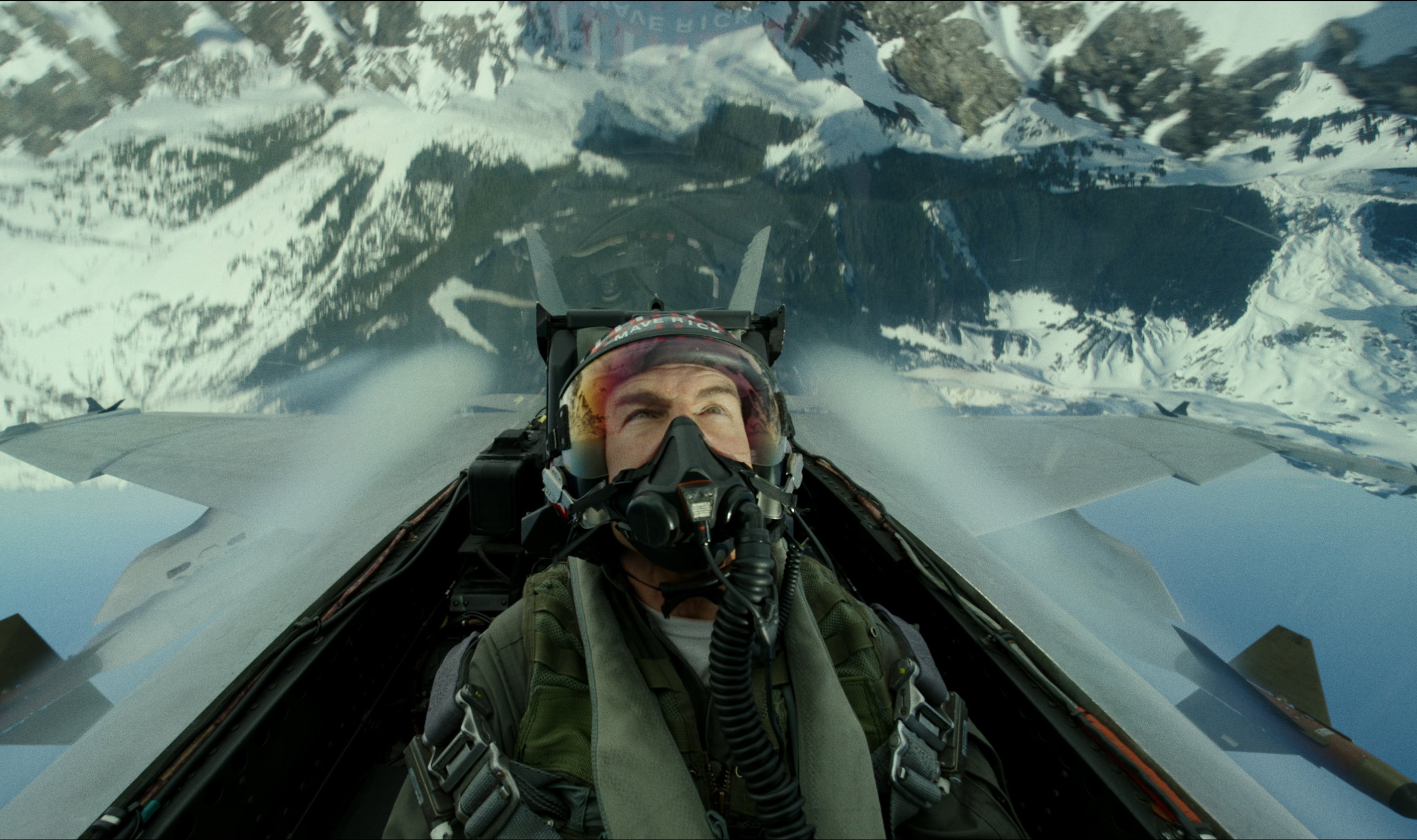 "Emergency" (Amazon): Well-regarded Sundance satire about three Black college students trying to decide whether to call the police finally surfaces on a streaming service, which might be the right place for it.

"Top Gun: Maverick": Long-delayed, much-hyped and rumored to be very good. Wow. Tom Cruise has retired from the Navy and is working as a private test pilot when he's called to train a new batch of fighter jockeys, including Goose's son (Miles Teller).

"The Bob's Burgers Movie": Can the adorable and smart 22-minute animated show be stretched into a feature? Maybe. Especially since it's a musical and the music has always been the best thing among all the good things on the show. (Little Rock expatriate Chris Maxwell and Phil Hernandez — who work together as the Elegant Too — regularly contribute tunes to the show.)

"A Chiara": Italian director Jonas Carpignano's film is about a 15-year-old searching for the truth behind the abandonment of her family by her father.

"Benediction": Terence Davies returns with a bio-pic of the British war poet Siegfried Sassoon, who was jailed for being anti-war during World War II. With "Slow Horses" star Jack Lowden and 12th Doctor Peter Capaldi.

"The Phantom of the Open": An intriguing true-life story about Maurice Flitcroft (Mark Rylance), a deluded hack golfer who managed to connive his way in to the British Open and shoot a record high score.

"Watcher": Thriller about a young woman being stalked in Bucharest.

"Hustle" (Netflix): Adam Sandler is well cast in this drama about a basketball scout who revives his career by recruiting overseas. With Queen Latifah, Robert Duvall and Ben Foster. 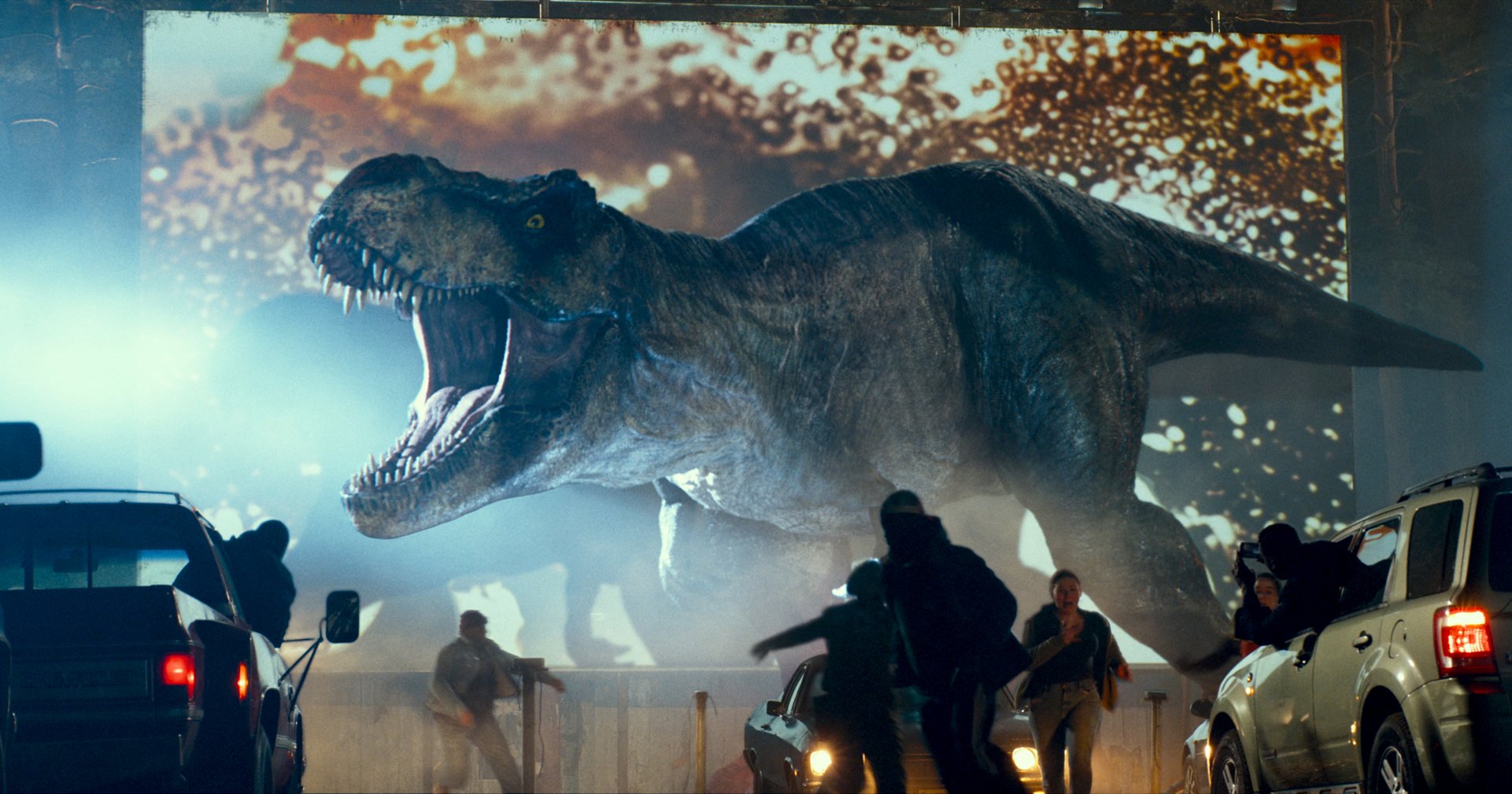 "Jennifer Lopez: Halftime" (Netflix): Amanda Micheli tells the story of Lopez's career around the hook of her performance at Super Bowl LIV.

"Lightyear": A computer- animated movie within a movie about the young astronaut (voiced by Chris Evans) who inspired the "Toy Story" toy. While it sounds a little meta-cute, I don't bet against Pixar.

"Brian and Charles": Low-key "charming" British comedy about a lonely inventor who makes an artificial-intelligence robot to keep him company. Another Sundance favorite.

"Official Competition": This Spanish comedy directed by Gaston Duprat and Mariano Cohn stars Penelope Cruz as a famous director dealing with the egos of her talented and difficult leading men.

"The Black Phone": A scary movie about an abducted boy (newcomer Mason Thames) who listens to the voices of the past victims of his kidnapper (Ethan Hawke) through a disconnected phone on the wall.

"Marcel the Shell With Shoes On": I did not know this was a thing but apparently Dean Fleischer-Camp and Jenny Slate have created a one-inch-tall seashell character who now is getting his own movie.

"Minions: The Rise of Gru": A portrait of the supervillain Gru when he was just a 12-year-old dreaming of world domination. Features the voices of Steve Carell, Alan Arkin, Dolph Lundgren, Jean-Claude Van Damme and Lucy Lawless.

"The Princess" (Hulu): A fantasy starring Joey King as — according to 20th Century Studios — "a beautiful, strong-willed princess" who "refuses to wed the cruel sociopath to whom she is betrothed." Well, good for her.

"The Forgiven": John Michael McDonagh directs Ralph Fiennes and Jessica Chastain in this black dramedy about a married couple on the verge of divorce who accidentally hit a stranger while driving in the mountains in Morocco. The excellent cast includes Caleb Landry Jones, Said Taghmaoui, Christopher Abbott and Matt Smith. 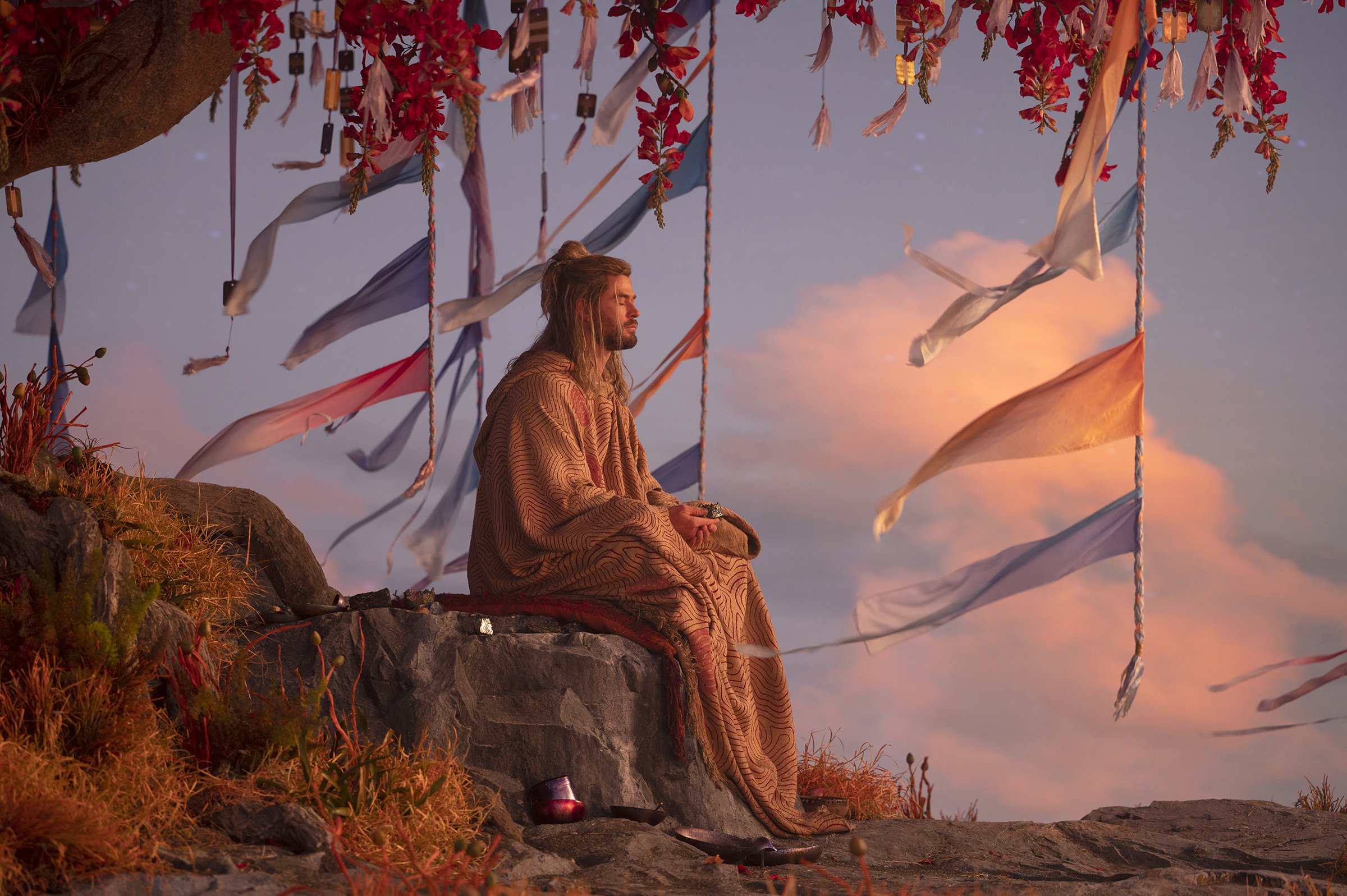 "Both Sides of the Blade" (aka "Fire"): The inimitable Claire Denis directs Juliette Binoche and Vincent Lindon in this promising film about a love triangle.

"The Sea Beast" (Netflix): All we know is that this an animated adventure directed by Chris Williams ("Big Hero 6") and that it has to do with a sea monster and a stowaway.

"Where the Crawdads Sing": Delia Owens' inexplicably bestselling mystery gets the inevitable big-screen treatment with "Under the Banner of Heaven" star Daisy Edgar-Jones in the lead.

"Paws of Fury: The Legend of Hank": An animated take on "Seven Samurai" that features the voice talents of Michael Cera and Ricky Gervais. 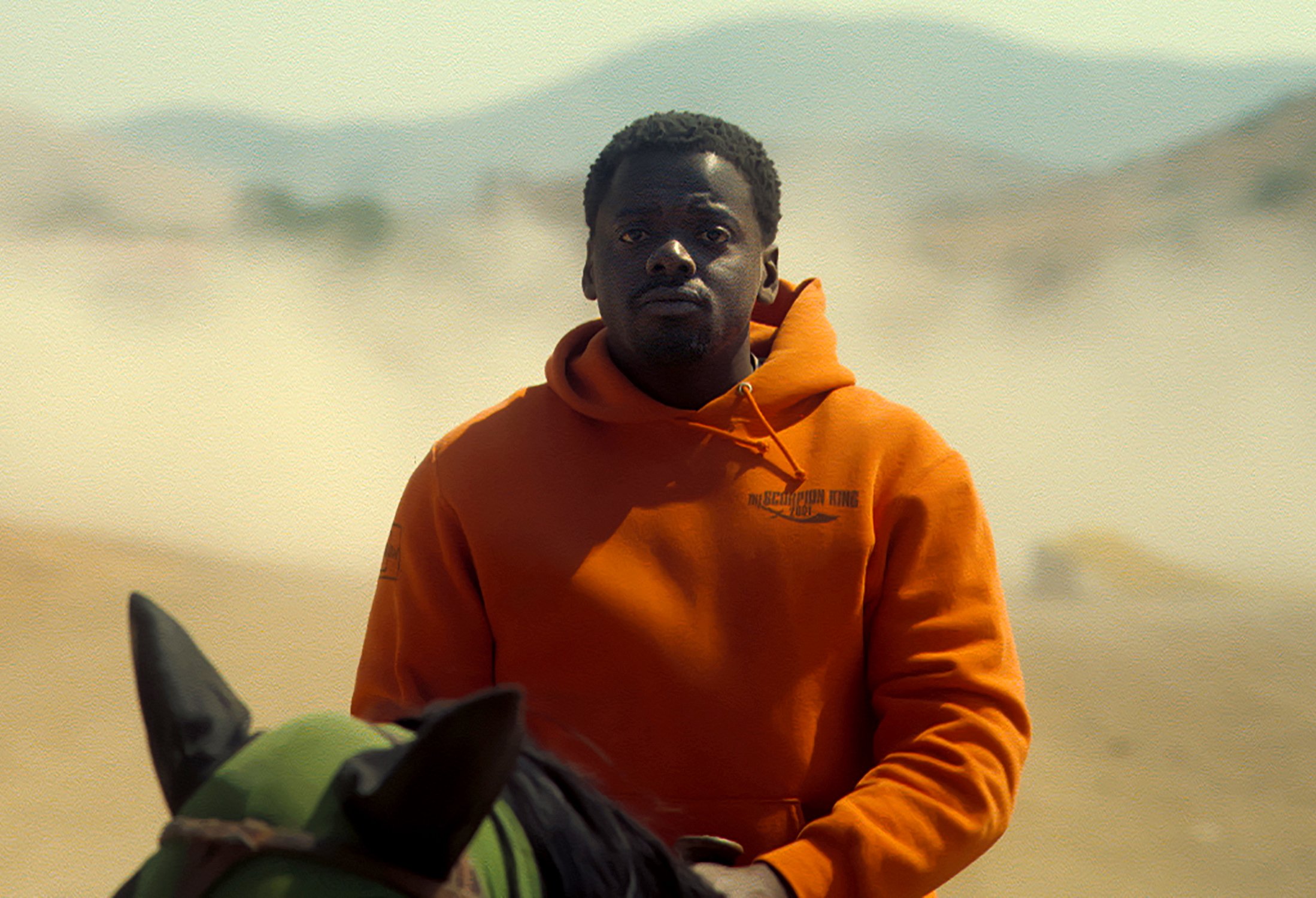 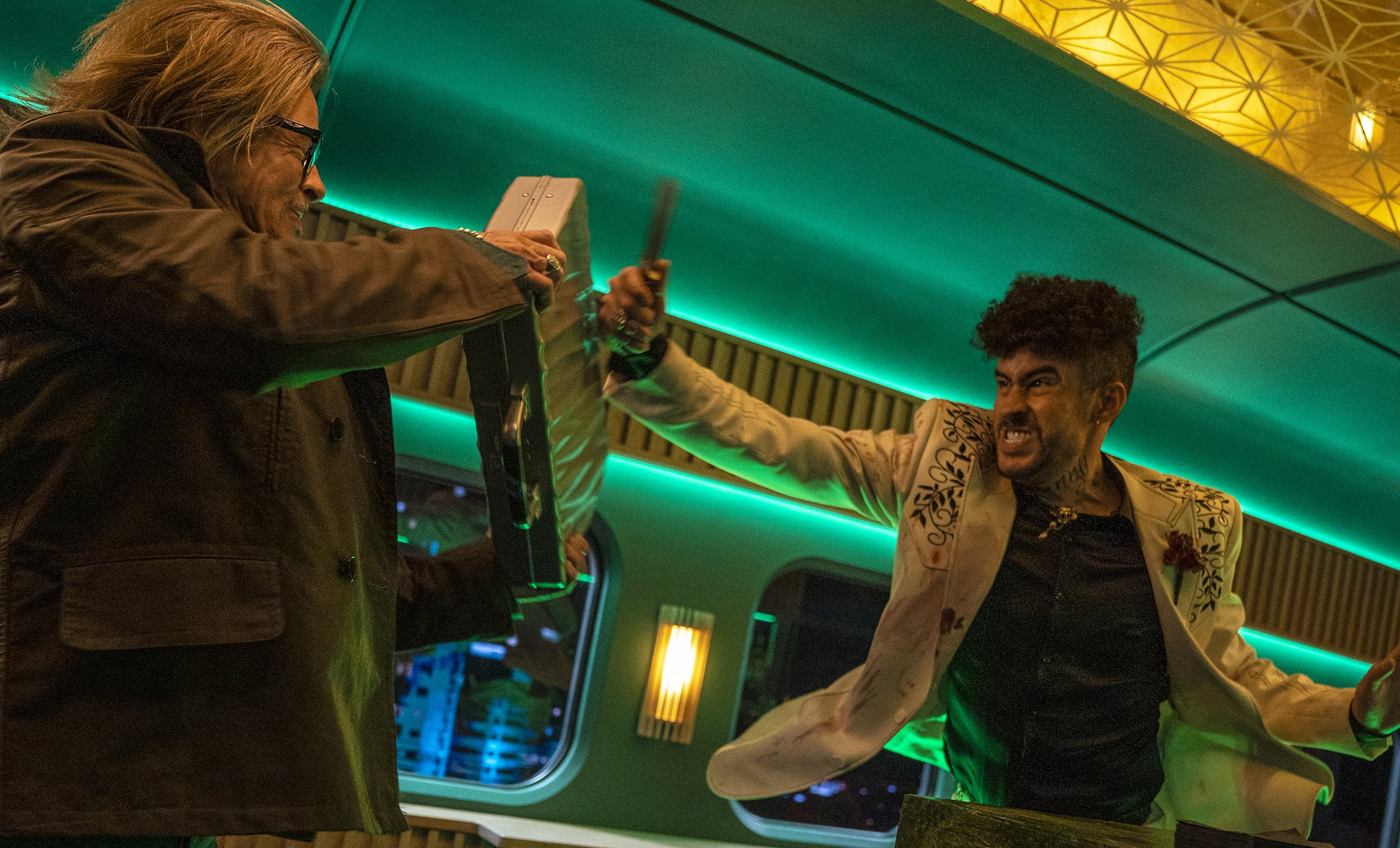 "Bullet Train": An assassin (Brad Pitt) accepts one last job aboard a bullet train from Tokyo to Kyoto. But things aren't as straightforward as they seem.

"DC League of Super Pets": The title says it all. The pets of Superman, et. al band together to save their masters. Voices of Dwayne Johnson, Kevin Hart, Keanu Reeves, Natasha Lyonne and Kate McKinnon.

"A Love Song": Two widowed lifelong friends (Dale Dickey and Wes Studi) spend the night together by a mountain lake. Very good buzz, and both Dickey and Studi deserve a showcase.

"Sharp Stick": Lena Dunham's sophomore feature as a director, which comes a decade after "Tiny Furniture," hasn't generated a lot of positive buzz. It stars Kristine Froseth as a 26-year-old who has an affair with her older, married boss (Jon Bernthal). Rounding out the cast are Taylour Paige, Jennifer Jason Leigh, Scott Speedman and Dunham herself.

"Resurrection": All we know about this psychological horror film is that Rebecca Hall has the lead. That's probably all we need to know.

"Secret Headquarters": Young Charlie Kincaid (Walker Scobell) begins to suspect his father is a superhero when he discovers a secret lair in the basement of his home. Michael Pena and Owen Wilson co-star.

"Not Okay" (Hulu): A would-be social media influencer (Zoey Deutch) fakes a trip to Paris to win followers and likes.

"Emily the Criminal": Aubrey Plaza is reportedly spectacular in this Sundance crowd-pleasing thriller about a young woman who gets involved in a credit-card scam that pulls her into L.A.'s criminal underworld. With Theo Rossi, Gina Gershon and Megalyn Echikunwoke.

"Mack & Rita": A 30-something (Elizabeth Lail) is transformed into a 65-year-old (Diane Keaton) after she emerges from a Palm Springs sound bath regression pod (whatever that is). Turns out being 65 isn't as cool as she thought it would be.

"13: The Musical" (Netflix): On the cusp of turning 13, a New York City kid moves to small town Indiana. With Debra Messing and Rhea Perlman.

"Am I OK?" (HBO Max): Yet another Dakota Johnson film. In this one, she has to deal with her best friend (Sonoya Mizuno) moving away. Directed by Tig Notaro and Stephanie Allynne. 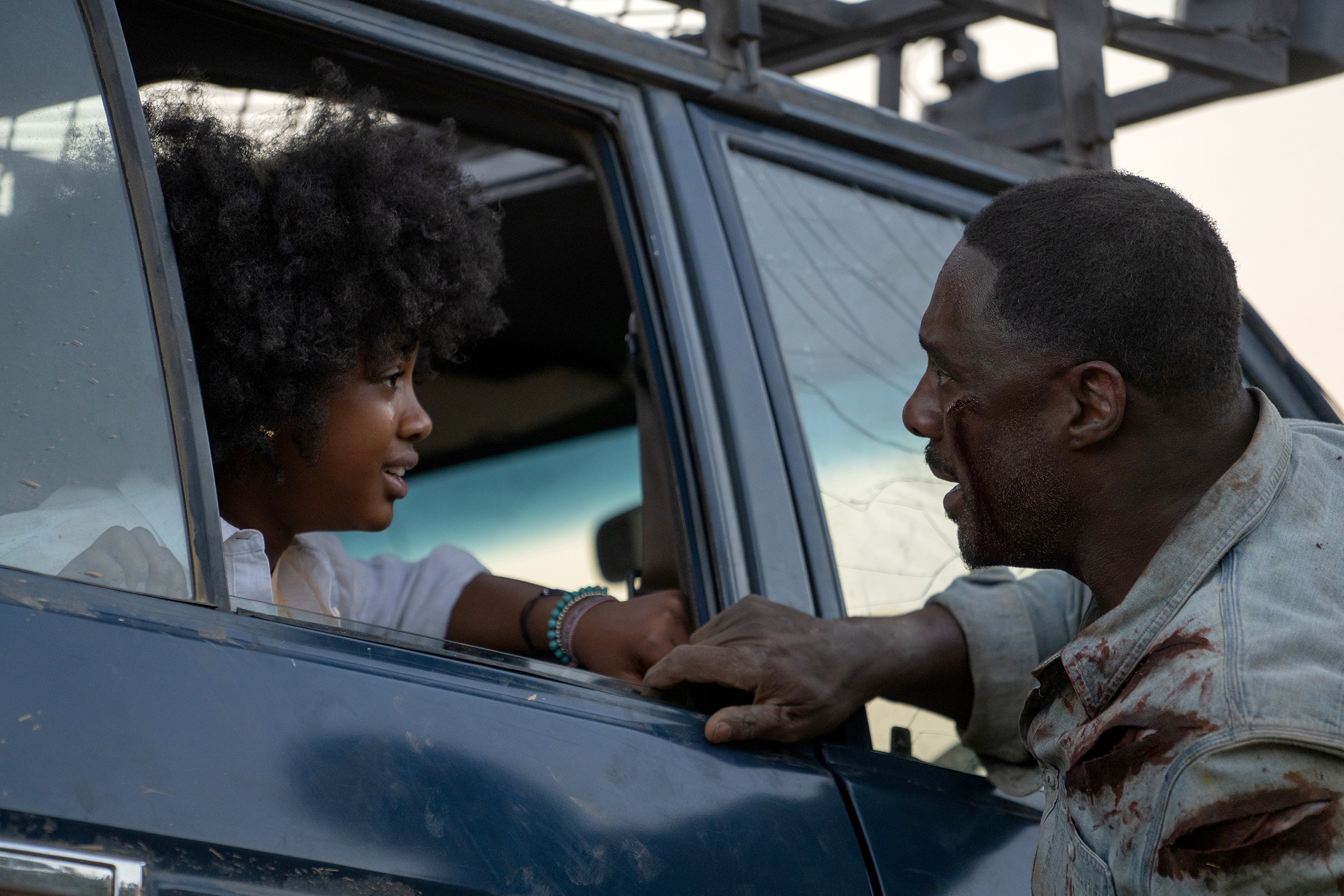 "Beast": Baltasar Kormakur directs Idris Elba in this high-octane thriller about a widowed dad in South Africa protecting his teenage daughters from a rogue lion. 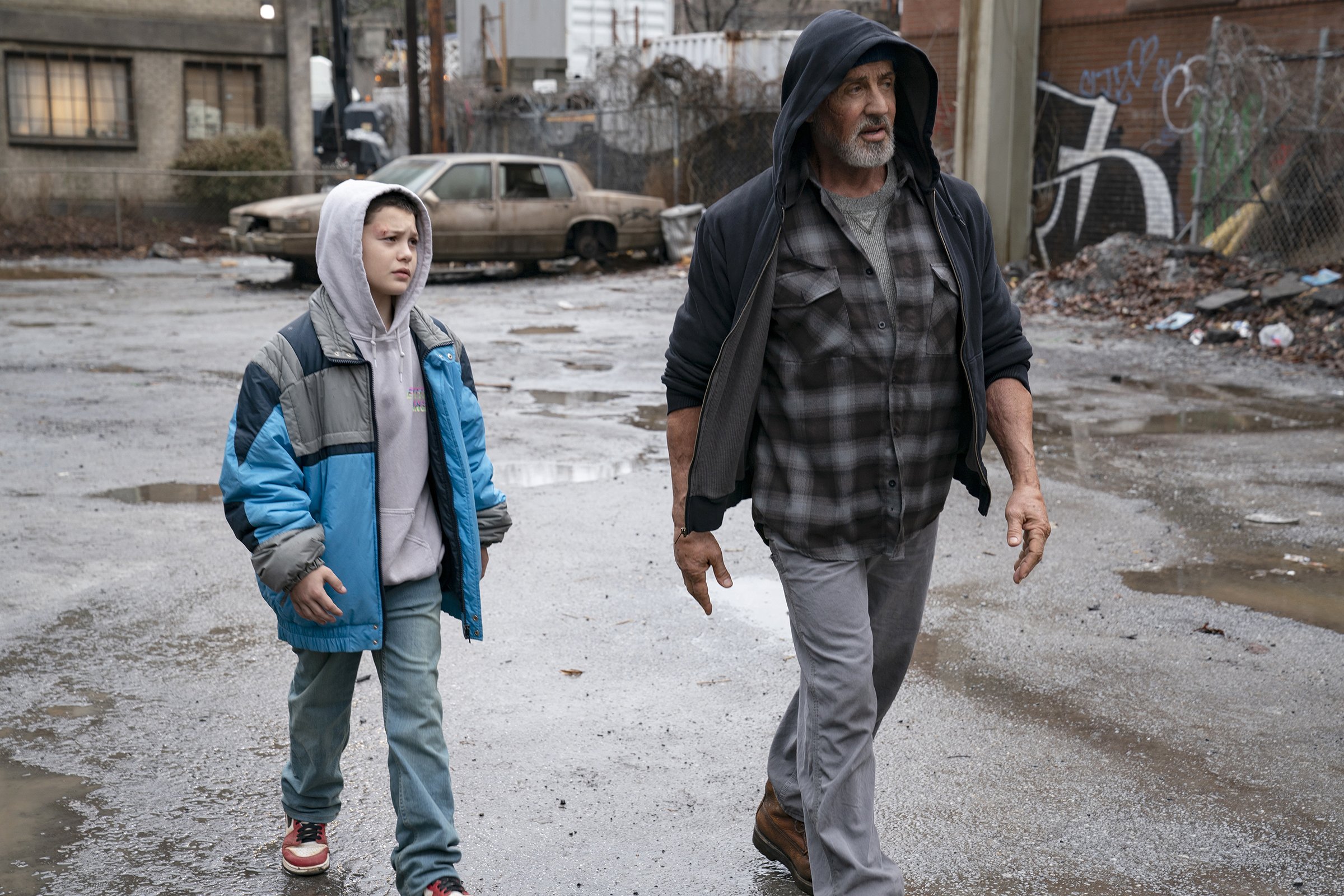 "892": John Boyega plays a desperate former marine who robs a bank in this fact-based drama.

"The Bride": A horror movie set at a wedding at a mansion in the English countryside.

"Samaritan": Allegedly a dark take on the costumed crusader genre that stars Sylvester Stallone as a retired superhero hiding out under an alias and working as a garbage man.

And that's a wrap.