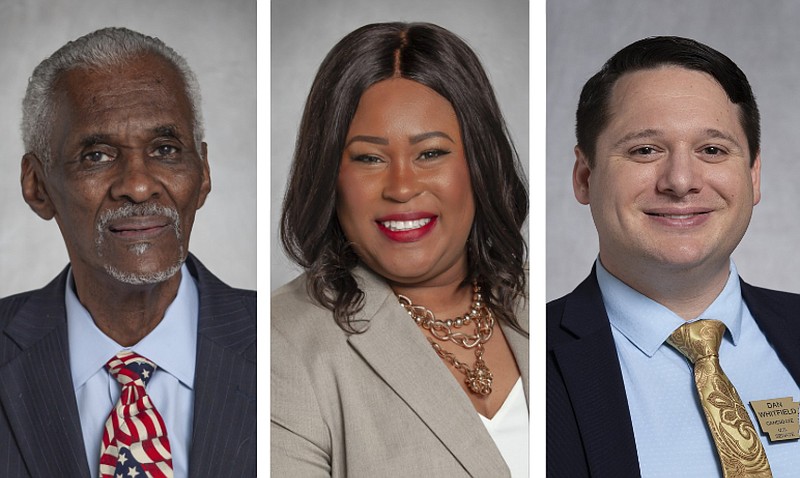 The winner faces an uphill battle in the general election as Arkansas remains a stronghold for Republicans.

Recent polling shows no clear front-runner with almost two-thirds of Democrats uncommitted to any of the three candidates.

In a poll of 597 likely Democratic primary voters, James captured 17% of the vote, whereas Whitfield came in with 15% and Foster with 5%. A total of 63% were undecided. The poll from Talk Business & Politics and Hendrix College holds a margin of error of plus or minus 5 percentage points. It was conducted on May 2.

Whitfield, who also works for J.B. Hunt, said he can build the type of political coalition necessary to win in the general election.

"It's uncomfortable to talk about. But if you're a Democrat running in Arkansas and you have 100% support from every single Democrat in the state, but nobody else, you're gonna lose every time," he said.

He's also a supporter of expunging marijuana convictions at the federal and state level.

When it comes to high consumer prices, Whitfield said large corporations are the one who are profiting and causing inflation.

James described herself as a community activist and community advocate.

"I've never been one to sit on the sidelines and just watch. I've always been an action-oriented person," she said.

Those reports include a campaign's fundraising total and the amount of money the candidate has on hand -- figures that can act as a bellwether for the viability of a political campaign. They also allow the public to see which individuals are contributing money to a campaign.

James on Friday indicated she had other matters to deal with besides getting the report in on time.

"I'm kind of busy trying to actually campaign," she said.

James last filed a campaign finance report on March 26, weeks after the deadline to do so. It showed her raising $4,961 in contributions during the fourth quarter of 2021, with $7,385 cash on hand as of Dec. 31.

Whitfield said James' decision to ignore federal election laws could come back to haunt Arkansas Democrats if she gets the nomination.

Foster says his priorities are economic development, education and health care. The Pine Bluff resident said he's a supporter of getting health care for all citizens and is looking for ways to offset the cost of higher education for young people.

There are a lot of Republicans who are not satisfied with their party and are looking for another place to go, he said.

Foster was convicted in 2004 by a federal jury of aiding and abetting an attempted extortion. He was later sentenced to three years in prison, according to federal authorities.

"That is not an issue in this campaign," he said. The candidate has said he was wrongfully convicted.

Foster's campaign has not submitted campaign finance reports with the FEC. It's unclear whether his campaign reached the dollar threshold that makes reporting mandatory. Contacted Friday, Foster would not discuss how much money he had raised.

Information for this article was contribued by Rachel Herzog of the Arkansas Democrat-Gazette.