Boeing confident of orders for 777X despite delay to ’25 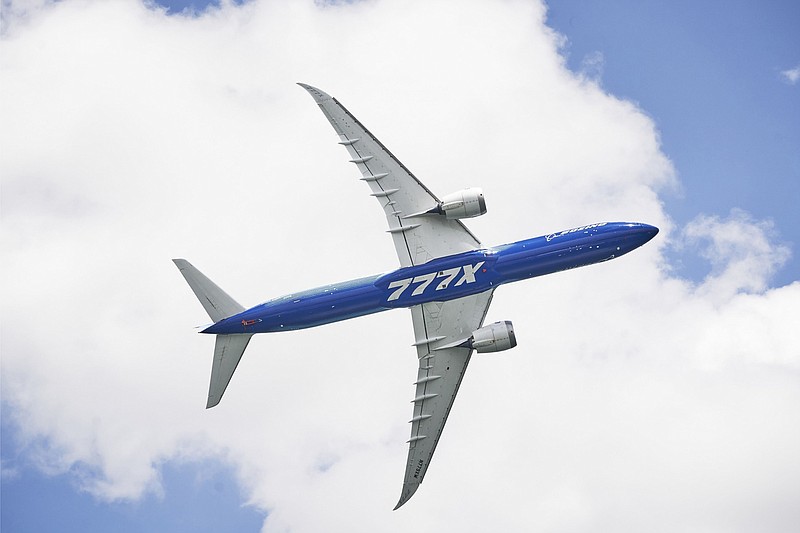 A Boeing 777X aircraft performs maneuvers during the Singapore Airshow held at the Changi Exhibition Centre in Singapore, on Feb. 15. (Bloomberg/Lauryn Ishak)

Boeing said customers for its much delayed 777X jet are standing by orders for the wide-body model even after it was revealed that the program has slipped five years behind schedule.

While Boeing has held talks to update buyers, feedback so far has stopped short of moves to walk away from the 777X, Darren Hulst, the manufacturer's vice president for commercial marketing, said last week in an interview.

"Each one of our discussions with customers, obviously, is between us, but I haven't heard of any specific desire to cancel," Hulst said. That's partly because many customers are buying the 777X in preparation for fleet-renewal programs that will become more pressing later in the decade, he said.

Hulst, speaking after some jet lessors suggested the 777X's future is in doubt after Boeing last month postponed deliveries to 2025, said the plane remains the best fit at the top end of the wide-body segment, competing with the Airbus A350, as the 747 and A380 jumbos end production.

"I don't think it has has a peer in terms of the size, in terms of the payload it can carry, and it's going to be a perfect replacement for airplanes as big as the A380," he said on the fringes of the Airline Economics Growth Frontiers conference in Dublin.

He said Boeing could even review the case for the 777X, should there be boardroom changes over the next two years. Air Lease Chief Executive Officer John Plueger said that after the latest delay the firm was contacted by two top airlines, both 777X customers or likely customers, about taking Airbus A350s.

Hulst wouldn't specify when he expects the 777X to finally take to the skies, saying "it's obviously up to the regulator."

The executive said that Boeing remains confident in the strength of the post-pandemic rebound in travel demand, even as airlines and their passengers contend with the impact of surging oil prices and other costs.

While the recovery has been strong in the U.S., Europe and parts of Latin America, based on the size of the global economy "there's still tremendous way to go in catching up to where the market normally would be," he said.

Major U.S. airlines have already placed some large orders with Boeing, and the 737 Max narrow-body is selling well after returning from being grounded, Hulst said. Wide-body interest is also returning following a slower recovery of long-haul travel.

"I think this year that momentum plays out in a lot of the other regions as the recovery passes some key checkpoints," he said.

Print Headline: Boeing confident of orders for 777X despite delay to ’25