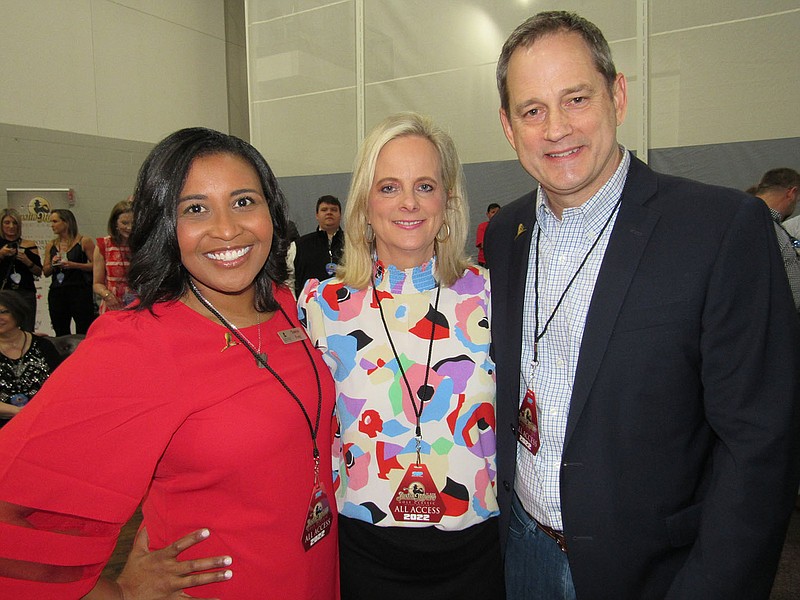 Postcards can show where people have been, but supporters of the Justin Moore St. Jude Golf Classic were invited to drop postcards into a little red wagon letting patients know where they can go.

The red wagon is the preferred mode of transportation for patients at St. Jude, so the tiny one set up on a table at the dinner and intimate concert on May 1 was a fitting receptacle for postcards bearing encouraging notes for patients.

Those who attended the VIP event before dinner got a chance to mingle with country singers Justin Moore and the Reeves Brothers, soap opera star Scott Reeves and Italian Prince Lorenzo de'Medici.

Later in the evening, Moore, the Reeves Brothers and Chase Rice performed for the crowd.

Among those in attendance were Megan Arthur and her sister Trina Robinson, there in honor of Robinson's son, Cameron Scroggins, who Robinson says became friends with Justin Moore while he was in-patient at St. Jude. Cameron died in 2013 at the age of 16.

There was an auction and, on May 2, a golf tournament, and all proceeds went to support St. Jude Children's Research Hospital in Memphis.

-- Story and photos by Kimberly Dishongh