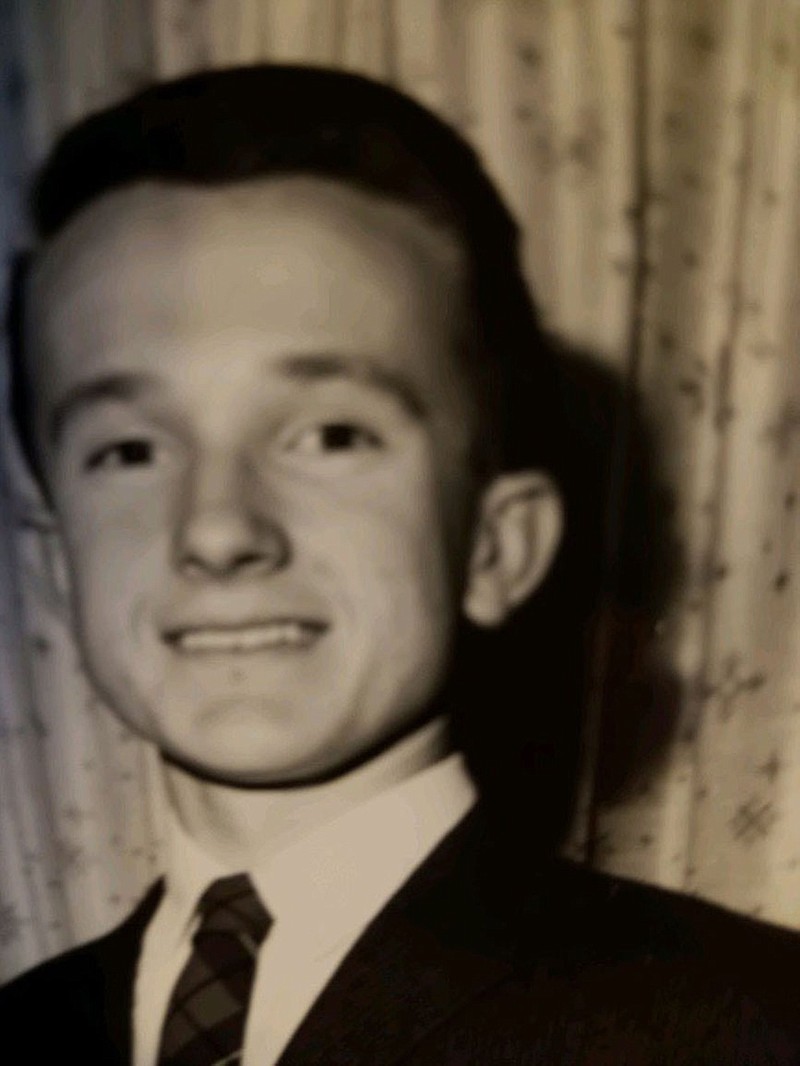 Dick Millerick in high school, circa 1960

Dick Millerick set out to create music and found a career grounded in the rhythm of a watch instead.

"Mostly, it's all based on time," says Millerick, proving there is a link between his original plan and the one that took root.

Millerick, 79, grew up in Connecticut. He began working for Timex in the 1960s, and in 1992 the company brought him to Little Rock to run the industrial engineering department at the Timex factory.

When Millerick was a child, his father, Joseph, worked as a personnel manager for a clock company in Forest Hill, Conn. But Joseph Millerick had put himself through Wesleyan University in Middlebury, Conn., before that by playing the piano to accompany the tracks of silent movies in theaters in that area.

"He would play the background that was combined to go with the movie," Millerick explains.

Millerick started piano lessons at 6 or 7 and enjoyed growing up in a family home where spontaneous musical gatherings were the norm.

"We would get together with my father and he would play the piano," Millerick says. "My sister was a much better singer than me but I was a better piano player."

His mother, Louise, was a home economics teacher. She didn't play or sing but she was ever present for the music.

"I didn't like history," he says. "I could pass all the music classes, but I couldn't pass the history ones."

He would later take some classes through the University of Hartford, but for the time being he was ready to go to work.

"My first job was with General Electric," he says. "I got enrolled in their management training program. I was with supposedly all the Cal Tech boys and all the bright students that General Electric hired, and I liked it. I had a good time with them and I was able to keep up very well with them."

A few years later, he got a job at Timex.

"I began with Timex thinking I was going to be making watches. It was the start of the Vietnam War, and instead of making watches I was making fuses for 105 mm/155 mm Howitzers," he says. "That lasted probably almost four or five years, until I started making watches."

The fuse, he explains, is the brain of the shell.

He sometimes followed fuse shipments to military proving grounds around the country.

"They would fire them and test them and make sure they were in accordance with what their specifications were and I would meet with some of the generals coming back from Vietnam," he says.

Over the years he traveled, also, to Timex factories around the world to view operations and evaluate issues related to safety and productivity. There were meetings and other obligations, but not much sightseeing. In hindsight, he sees that as opportunity missed.

"I've been to Spain, Portugal, Taiwan, Hong Kong, Singapore, Germany, France, Scotland, England, Puerto Rico, Mexico, Canada ...," he says. "I've traveled to some great cities around the world and didn't even take the time to visit their highlights. I was one of the few with Timex who did that much traveling."

Timex's manufacturing plant in Little Rock, which opened in 1945 and closed in 2001, made watch parts and die-cast watch cases for 22 million watches -- estimated to be about 80% of the company's annual production -- and sent them to assembly facilities elsewhere. Millerick was running the distribution facility in North Little Rock when he left in 2006 to work for Afco Steel. He retired in 2010.

Millerick has been known to take a seat at a baby grand piano during happy hour or while out for dinner, entertaining friends with a show tune or two.

"I like everything from 'Over the Rainbow' to the 'Phantom of the Opera,'" he says.

His music collection dates back several decades, and is organized in several sections of his home, chronologically by the year they were bought.

"I have everything from the 78s to the 33s, the 45s, you name it, with all the old records and then later with the tapes and discs and whatever," Millerick says. "But lately, it's just listening to music on a radio or TV."

Millerick has been a member of the Elks Club in North Little Rock for 59 years. He recently joined other members at the club to watch the Kentucky Derby. He's looking forward to a chance to watch the Preakness Stakes on Saturday with the Elks.

Still, he sometimes wishes he had more to occupy his time.

"I'm kind of bored," he confesses. "I prefer to be working." 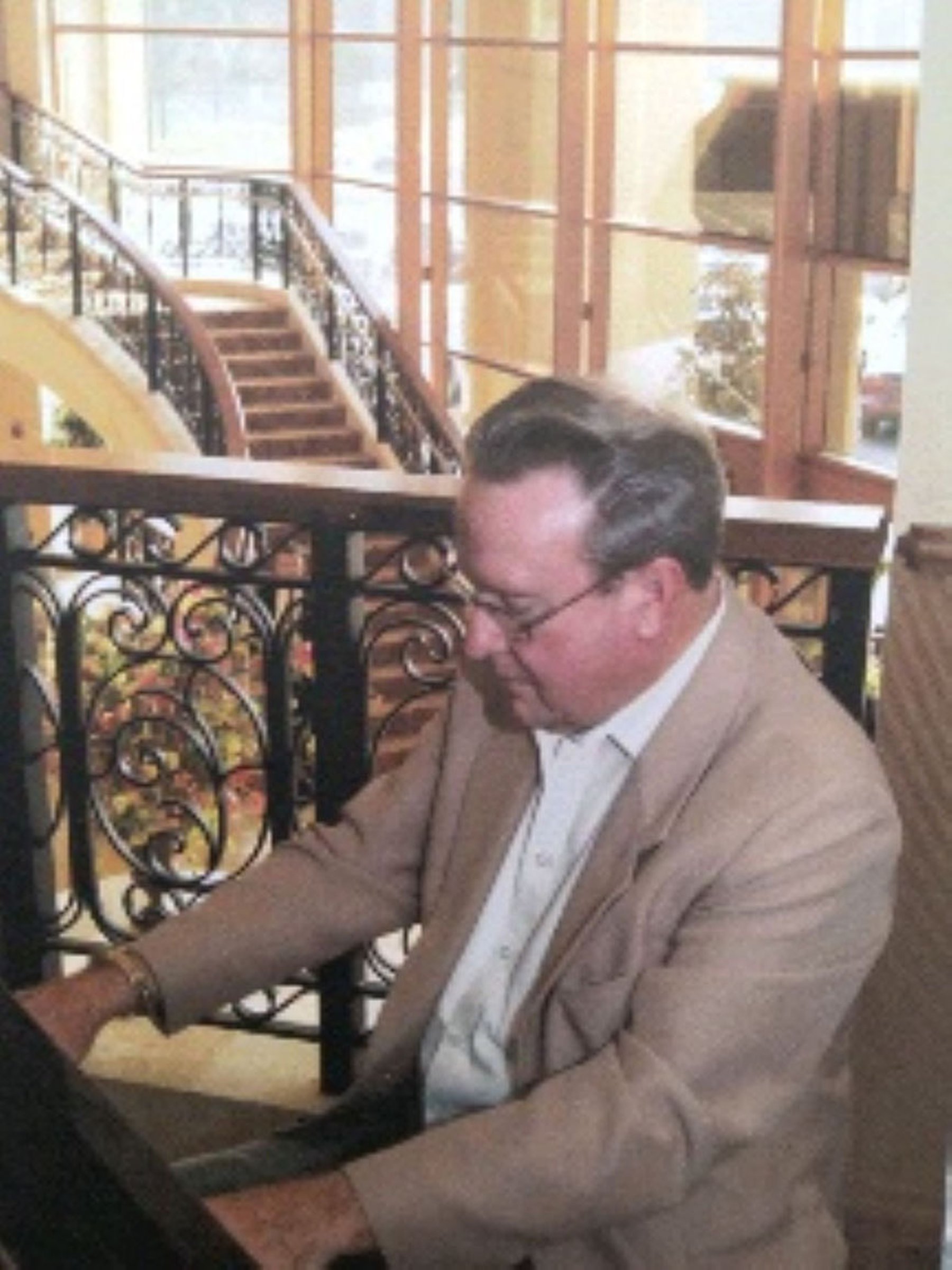