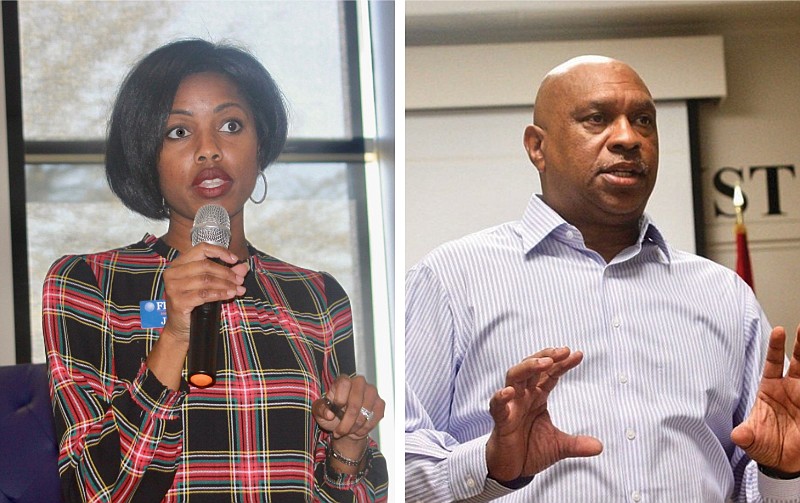 From politics, Go Forward Pine Bluff, lawsuits, and their view of city and county operations, the Robinsons did not hold back.

County Judge Gerald L. Robinson began his career in 1988 as a deputy jailer with the Jefferson County Sheriff's Office, and according to Robinson, he has the longest tenure in government in Jefferson County.

Robinson, as the 31st sheriff for Jefferson County, was the first African-American to hold the position.

After defeating his opponent in the November 2006 General Election, he was sworn in as sheriff on Jan. 1, 2007, and served in that post until leaving the position on Dec. 31, 2018.

Council Member Joni Alexander is a third-generation Pine Bluffian who committed herself to her role as an alderperson and credited herself for being very good at politics. Even though this was her first elected position, she gained her experience in city government working as the assistant to former mayor Debbie Hollingsworth.

Alexander said her biggest challenge is that people do not understand the city government. In her 3.5 years as a council member, she says only one person has come and asked her what her needs were. She has also witnessed "elected officials playing off the ignorance of the people" in order to win votes.

Driven by data to make her decisions, Alexander said she doesn't always agree with the operations of the city.