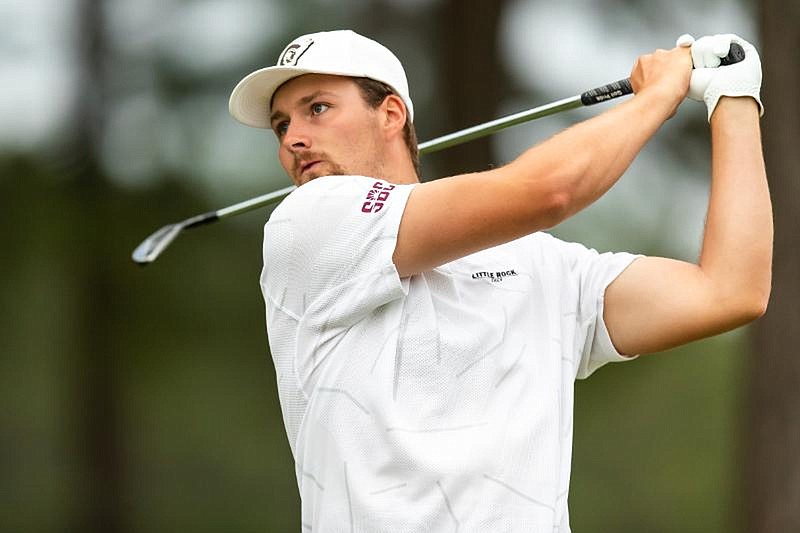 Two decades removed from its most recent NCAA Tournament appearance, the University of Arkansas-Little Rock men's golf team had its watershed moment last May.

The Trojans played their final five holes in 7-under par. All five golfers birdied the par-5 18th hole at Karsten Creek Golf Club. UALR edged the likes of Auburn, Baylor and Notre Dame to advance from the NCAA Stillwater (Okla.) Regional.

For the first time in program history, UALR would get a shot to play for a national title.

"It sucked we finished last, I'm not going to lie," senior Marcel Rauch said of the Trojans' showing at the 2021 NCAA Division I Championship.

Of the 30 teams who took on Grayhawk Golf Club in Scottsdale, Ariz., the Trojans finished 30th. UALR, at 65-over par, missed the final round of stroke play by 33 shots, and the next closest team was at 56-over.

Was there pride in being one of 10 teams outside the power conferences to reach the season's final event? Undoubtedly.

But the frustration of those three days lingered with Coach Jake Harrington long into the summer.

"We want to be there," Harrington said. "But we don't need a participation trophy. That's not what we're about."

The Trojans expect an opportunity to redeem themselves at Grayhawk later this month. That, however, will require advancing through the Palm Beach Gardens Regional at PGA National in south Florida, beginning Monday morning.

UALR wants all this to feel normal -- a perennial top-50 program after being ranked 210th as recently as 2013, an All-American-caliber player, chances to beat the nation's best on a regular basis.

It takes more than one good season.

"One of the hardest things is having a lot of success when you haven't had a lot of success in recent history," Harrington said. "Sometimes you feel like, 'Man, we accomplished everything last year.' We haven't."

Anton Albers remembers the vacation well. He'd made the trip with his grandparents from his hometown of Buchholz -- in the northwest part of Germany between Cologne and Frankfurt -- to the Bavaria region in Germany's southeast.

The thought was that Albers would spend the mornings with his grandmother, Witha, while his grandfather, Klaus, went out to play golf with a few of his friends.

By the third day, Albers grew bored. He wanted to join Klaus and see the links for himself.

Albers' grandparents tried to convince 5-year-old Anton otherwise, explaining that 18 holes of golf could take several hours. Albers doesn't recall his rebuttal, but he's been reminded of it many times since.

"My response was, 'Well, I'm in kindergarten for five hours a day, so I'll be fine,' " Albers said with a laugh.

Klaus booked his grandson a lesson the next day and golf has since consumed Albers' life. He split his time between golf and soccer until age 13, but he ditched the latter and began competing in national golf tournaments only a year later.

That was around the time Albers first crossed paths with Rauch, who lived about 400 miles east in the capital city of Berlin.

Neither had a clue at the time they'd end up roommates years later at UALR. Albers cracked he probably didn't even know Arkansas existed.

Harrington had already planted the seed.

As the United States junior national team coach in 2013 -- just prior to taking over the Trojans -- Harrington connected with his German counterpart at the Toyota Junior Golf World Cup in Japan. Their friendship grew over time until early 2017, when Rauch was finishing his final year of high school.

The two communicated and Rauch, who'd only been to Florida on a previous trip to the U.S., flew across the Atlantic for a visit. In a matter of 12 hours -- after seeing UALR's courses and meeting Harrington -- Rauch was convinced.

It was the start of an international bonanza for Harrington. He's since brought three more Germans to Little Rock, including Albers, as well as natives of Denmark, Northern Ireland, England and South Africa, developing a program that enters this postseason ranked 45th in the nation.

"When you recruit U.S. kids, a lot of times they turn you down because you don't have football," Harrington said. "I told my boosters, my administration here, let me build a top-50 program and then the U.S. kids will want to come here because it's a golf school."

The Trojans believe they can compete with the name-brand schools because they've done it.

In the Bahamas in October, they finished one shot ahead of a South Florida team they'll see again this week. At Stanford's The Goodwin in March, they finished six shots behind the No. 16 Cardinal and tied No. 11 Georgia Tech.

It also helps having a player like Albers, who enters the NCAA Tournament ranked 32nd nationally -- only three non-power conference players have been better this season.

Harrington says Albers, named the Sun Belt Conference Player of the Year earlier this month, is the best pound-for-pound player he's ever coached.

The rest of UALR's squad isn't far behind. Rauch and Magnus Lomholt both posted sub-74 stroke averages this season and were starters on last year's squad. The Trojans added transfer Jansen Smith from Texas Tech, which nearly reached the match-play portion of the 2021 national championship

Having already won a Sun Belt Tournament title, UALR has the components to continue one-upping the program's best-ever season from a year ago.

"I don't think that Coach Harrington as a coach has changed a lot, but I feel like what he's been doing a great job at is recruiting the right people," Rauch said. "I'm not necessarily talking about recruiting great players. I'm talking more about recruiting people that fit into the environment and make a great team."

Albers, who has professional ambitions, still has a year of eligibility remaining. The rest of the Trojanss' lineup -- excluding Rauch -- will also return.

Harrington acknowledges this week is "the cherry on top" of a successful season. But missing out on another go at Grayhawk would also leave him empty. 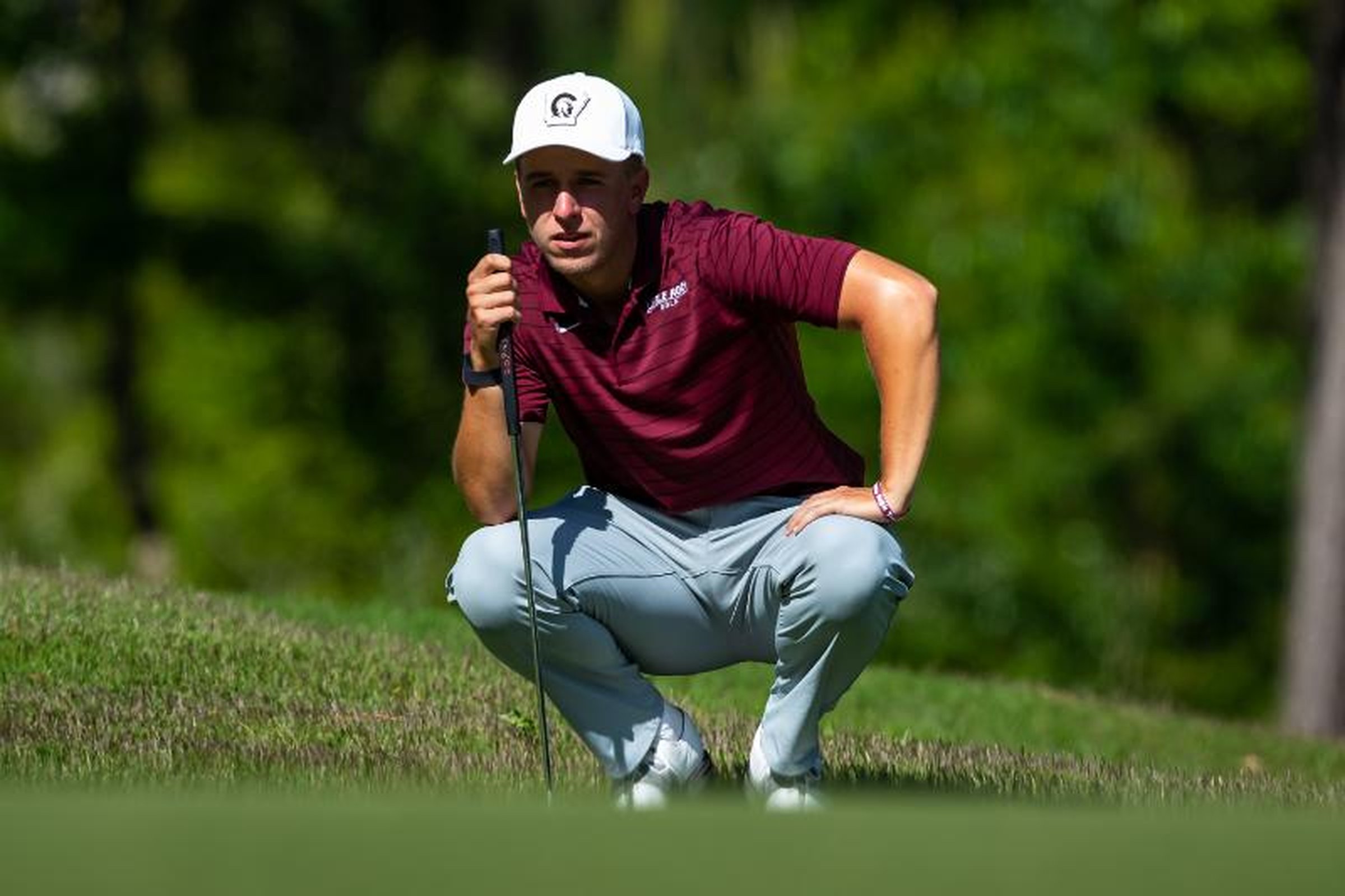