Sunday storms knock out power for thousands of Arkansans 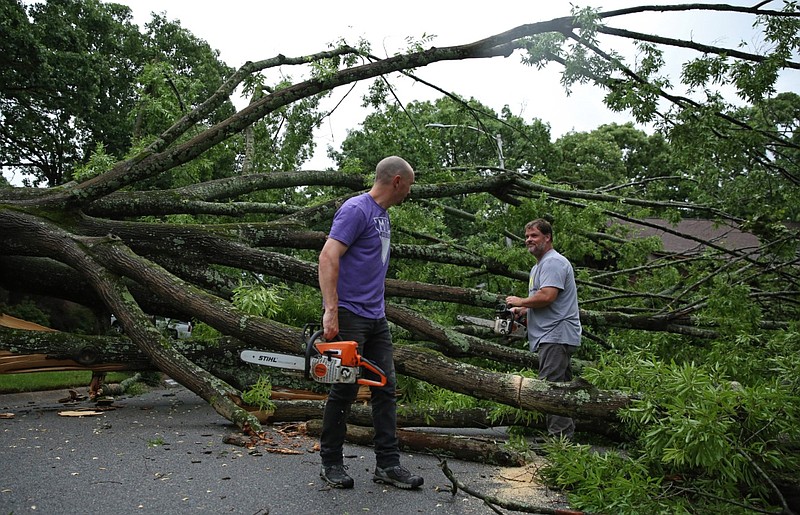 Michael Compton (right) and Joey Piwetz use chainsaws to remove parts of a tree on Cedar Creek Road in North Little Rock after severe weather caused the tree to fall across the street Sunday, May 15, 2022. No injuries were reported at the scene. (Arkansas Democrat-Gazette/Colin Murphey)

About 37,000 Entergy Arkansas customers were without power as of 6 p.m. Sunday after severe weather swept through the state, utility officials said on Twitter.

The company added that storms were expected into Sunday night.

10:54 a.m.: Strong storms possible over much of Arkansas, forecasters say

While strong storms could create gusty winds and hail in the morning, the greatest possibility for severe weather will be during the afternoon and into the night, according to a briefing from the National Weather Service.

Forecasters predicted these storms could produce hail as large as a golf ball, winds of up to 80 mph. There is also a low chance for tornadoes.

Much of the northwestern quarter of Arkansas is at an enhanced risk for severe weather, while nearly all of the rest of the southernmost sections of the state is at a slight risk, the briefing states.

Strong storms will be capable of producing heavy rainfall, but forecasters said they don’t expect a widespread threat of flash flooding. 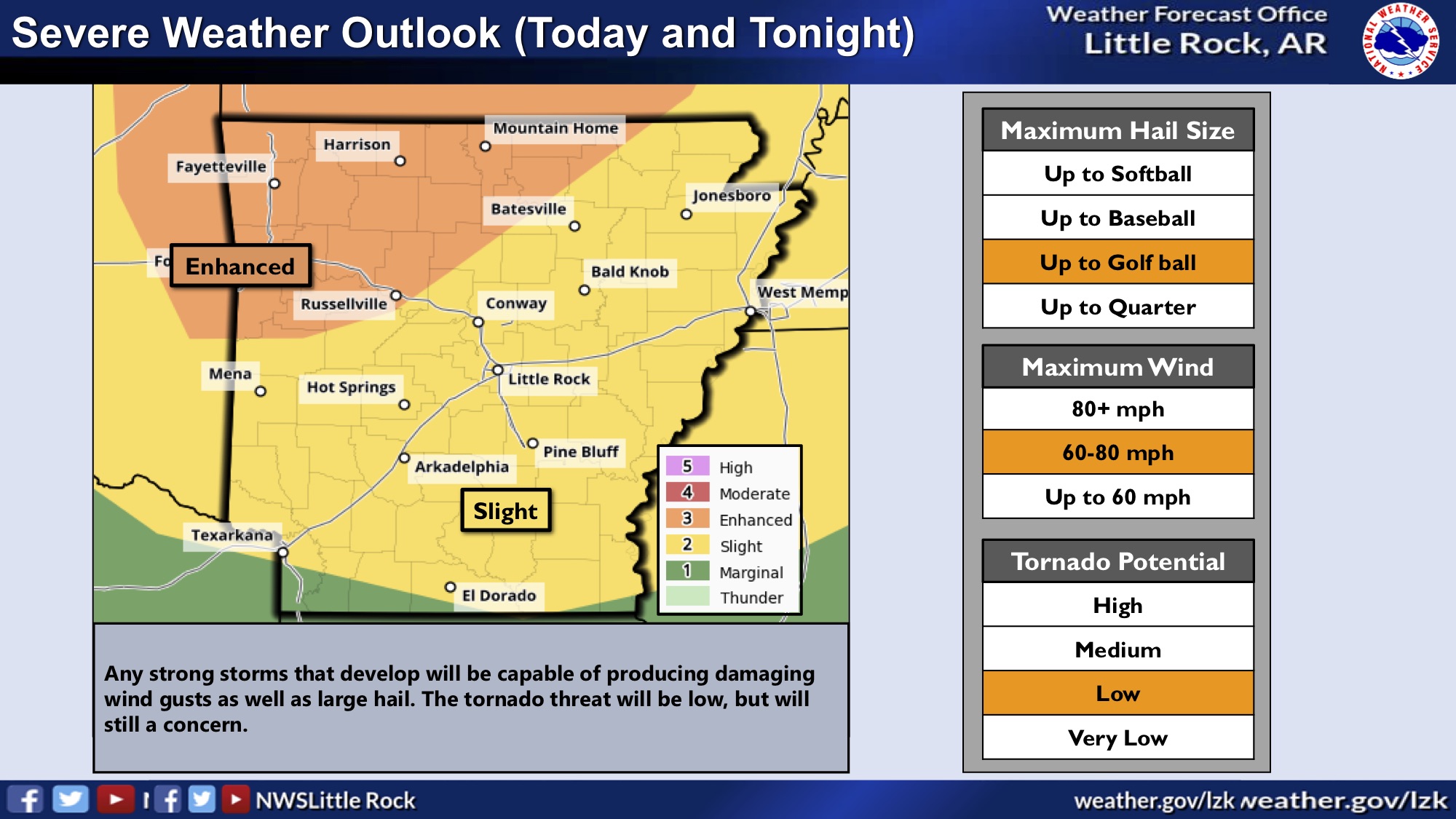 Much of Arkansas is at risk for severe weather on Sunday, according to this National Weather Service graphic.