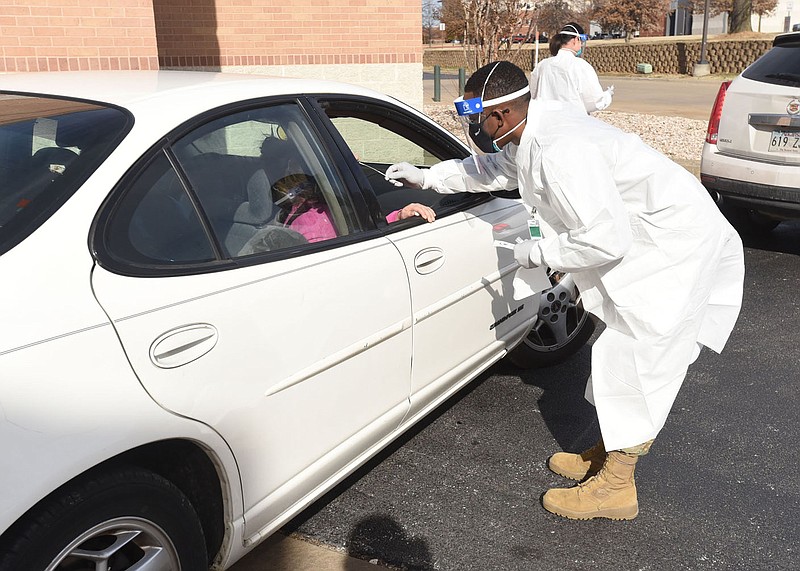 Covid-19 cases continued to rise Sunday with the most active cases since early March, according to Arkansas Department of Health data.

There were 67 new active cases reported Sunday for a total of 2,586 in the state -- the most seen since March 8. Active cases also were up 524 since last Sunday.

Since the start of the pandemic, the state has reported 838,610 cases total.

The rolling seven-day average for new daily cases was 208 on Sunday, with 1,456 new cases reported in the past week. It is the highest seven-day total since March 28.

While cases are rising, hospitalizations, intensive care and ventilators were not tracking up.

As of Sunday, there were 44 hospitalizations for covid-19 in the state. The number dropped by three since Saturday and 11 from May 8. The state's low for 2022 is 40. That number was recorded on May 4.

There were 18 people in intensive care as of Sunday. The number dropped by one since Saturday. It is the same number recorded a week ago. Intensive care patients saw an uptick to 23 during the week but slowly fell.

There were eight people on ventilators Sunday. The number dropped by two from Saturday and by 4 since last week. It is the lowest number of ventilators in use since May 17, 2020.

The state reported one covid-19 death Sunday. There have been 11,416 covid-19 deaths recorded in the state since the start of the pandemic. Eight people have died in the past week.

The rolling seven-day average for deaths was 1.14 on Sunday. It is down from last Sunday's number of 2.29.

There have been 570,616 people who've received a booster shot. The state reported 104 new booster shots administered on Sunday and 1,710 in the past week.

Pulaski County led the state in covid-19 cases with 40 reported Sunday. Washington County followed with 12 and Benton with 11.