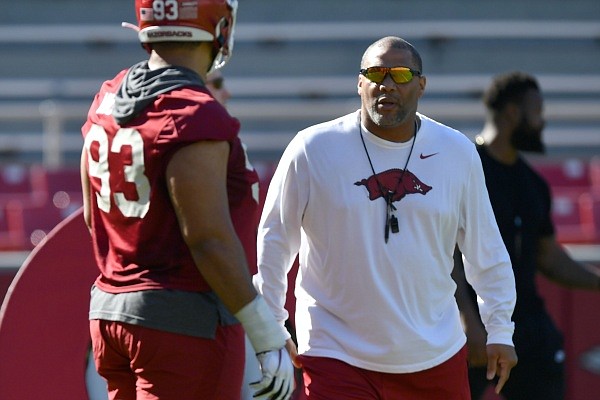 Arkansas is hoping to add another defensive lineman to its roster, and on Sunday the Razorbacks offered junior college lineman Taylor Lewis.

Lewis, 6-3, 295 pounds, of College of the Canyons in Santa Clarita, Calif., received offers from Nebraska, Missouri, Oregon State and Louisiana Tech last week to go along with ones from Colorado State, Liberty, Arkansas State, UAB and other schools.

“Coach Adams seems to be family oriented and I like that about a coach,” Lewis said.

He was selected to the JCGridiron All-America second team. Lewis plans to enroll at his new school this summer, and an official visit to Fayetteville on May 25 is a possibility.

“It isn’t officially set up yet,” he said.