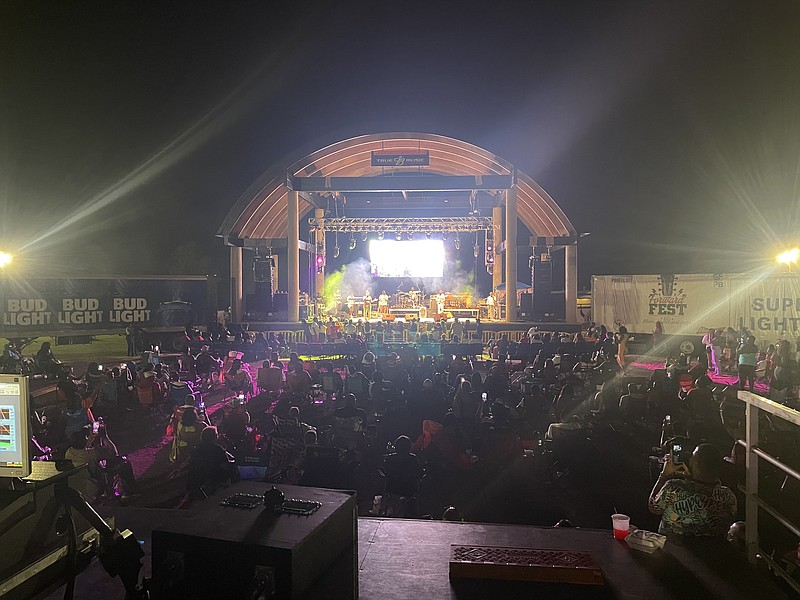 With the opening of the Rhythm Rivers Scenes of the South Art Competition late Saturday morning at the Pine Bluff Regional Park, gentle winds and cool temperatures blew through the makeshift art gallery setup.

The competition was one of several events planned for the 2022 Forward Fest held at various locations through Pine Bluff on May 14, and most were free to the public.

Throughout the day, Ryan Watley, Go Forward Pine Bluff CEO, said, about 4,500 attended one or more of the activities.

Earlier the one-day event was kicked off by the Down in the Delta Fishing Derby, starting at 6 a.m., and the Arkansas River Bass & Catfish Blowout started 30 minutes later.

By late morning, nonfishing related events included the Divine 9 Kickball tournament at Townsend Park and the art competition, both starting at 11 a.m.

"The pieces have to connect to the rivers or scenes from the South," and they had 10 in-person or online entries, Cockrum said.

The Oven of the South Bake-off competition started at 1:30 p.m. and was followed by the Forward Fest Car Show at Harbor Oaks at 2 p.m.

Margo Smith of Pine Bluff took first place with her homemade pound cake in the bake-off, while in the 18-and-over art competition, Richard Davies of White Hall took first place.

Cockrum said, it was the first time for the art and bake-off competitions.

"We had a great time and we were pleased with the turnout. As the word gets out about these competitions, we anticipate next year to be bigger and better," Cockrum said.

The day wrapped up with entertainment at the park's amphitheater, including four live acts, along with the evening's headliner and Grammy Award winner Bobby Rush.

"Out amphitheater is second to none and Bobby Rush has local ties and was willing to come and support the community," Watley said.

During her performance, singer-songwriter and actress Ke'Tara Shavon "Keke" Wyatt had the audience on their feet.

Forward Fest along with other signature events, like King Cotton, Mistletoe Magic and Pop-Up in the Bluff , Watley said, show off our valuable assets and have the potential to be greater each year.

"These signature events are helping to rebuild pride in Pine Bluff," he said.

Even before Saturday, Watley said, "People were excited," but there are many moving pieces when putting together a festival like this, especially because the activities were held in multiple locations.

"It was a big undertaking, and we couldn't have done it without help," he said.

Even so, he said, there was no shortage of those who stepped up like the Arts and Science Center for Southeast Arkansas staff.

MK Distributors was also instrumental in the success of the festival, Watley said.

However, Watley said, the weather is often the biggest wild card and can make or break an event. So in the days before Forward Fest, Watley kept an eye on what was expected because the forecasters called for possible rain and storms for Saturday. There are no real do-overs when it comes to a large event like this one.

Fortunately, Cockrum said, "It rained early (Saturday) so we had cooler temperatures. It's a gorgeous day." 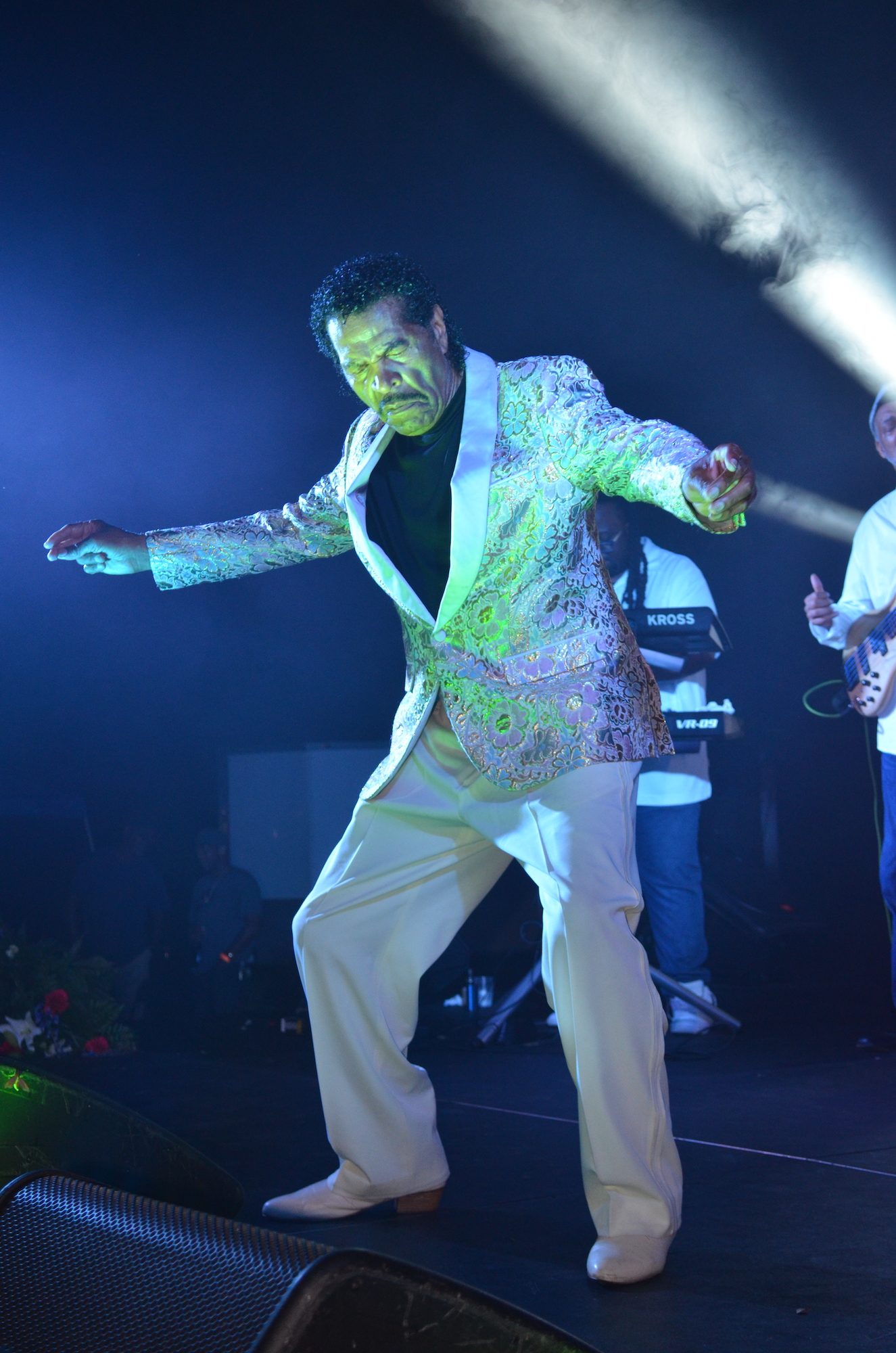 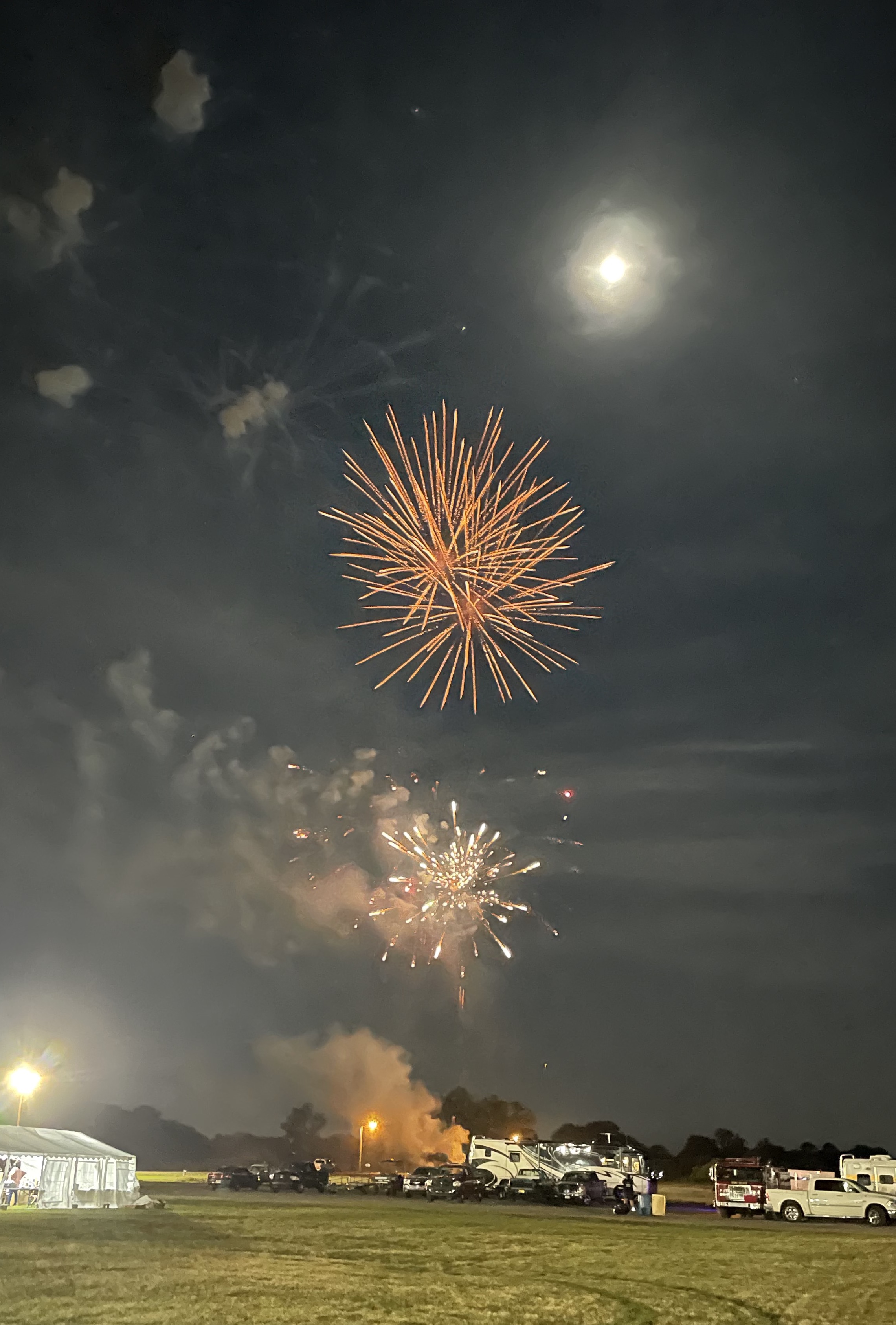 Fireworks illuminate the night sky during Forward Fest on Saturday in Regional Park. (Special to The Commercial) 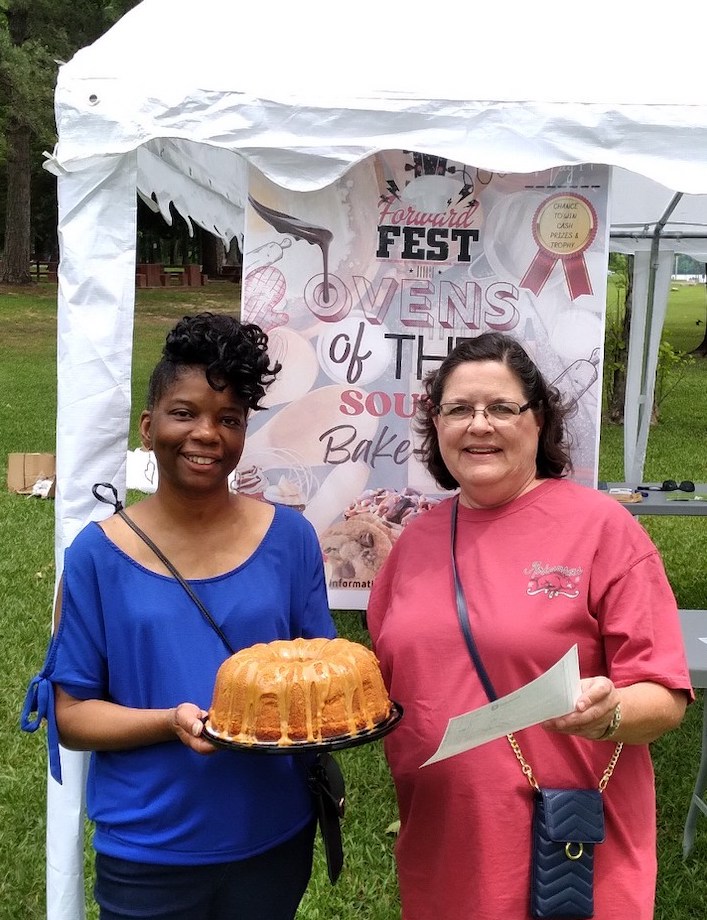 Margo Smith (left) of Pine Bluff took first place in the Oven of the South Bake-off for her pound cake. Forward Fest volunteer Leigh Cockrum makes the honor official. (Special to The Commercial)