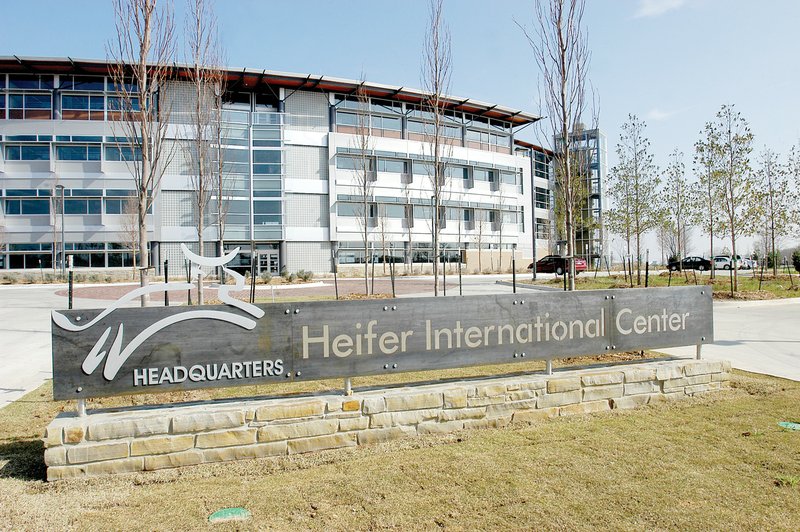 Little Rock has been home to the headquarters of Heifer International for nearly 60 years.

Little Rock-based Heifer International announced Tuesday it had reached an agreement to sell its campus in the city, though the nonprofit said it would continue to operate out of the site.

In a news release sent Tuesday, Heifer said it negotiated a long-term lease to remain at the campus, occupying the top two stories of the main building.

The release didn’t indicate who was buying the property, or the price of the sale.

The sale comes as Heifer’s staff reportedly expressed a “strong preference” for a hybrid work environment, which would require less office space and provide an opportunity to shift resources spent on the campus elsewhere.

"Our staff have expressed a clear desire for more flexible ways of working and we are excited to be building this with them," said Pierre Ferrari, President and CEO of Heifer International, in the news release. "Heifer International has a long history in Arkansas and we remain committed to Little Rock and our work with farmers across the state."

Heifer said they will continue to own and operate their ranch in Perryville.

CORRECTION: Heifer International announced the sale in a release on Tuesday. An earlier version of this story incorrectly stated when the announcement was made.