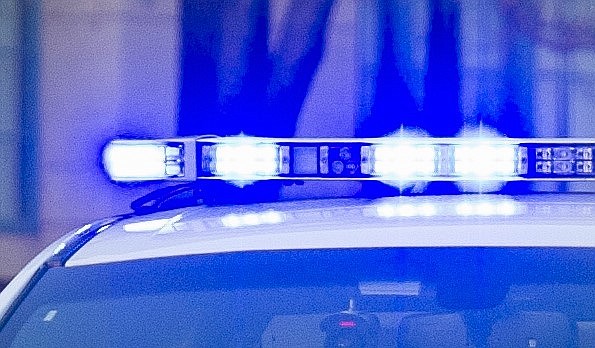 An 18-year-old man died after his pickup hit a tree and overturned Sunday night in rural Carroll County, troopers said.

The crash happened shortly before 8:30 p.m., as Matthew Jay Hausman drove west in a Chevrolet Silverado along Carroll County 601, according to a preliminary report from Arkansas State Police.

The Chevrolet veered off the left side of the highway, struck a tree and rolled onto its roof, the report states.

Troopers said Hausman, who was from Green Forest, died as a result of the wreck.

Hausman was a senior at Berryville High School, which held its graduation ceremony Sunday, just hours before the crash.

"It is with great heartbreak we share devastating news that one of our seniors has passed away following a car accident," the post stated. "We will have counselors available to both students and staff. Please reach out if you need their support. There are no words to express the grief of this loss. Please keep this student's family and friends in your prayers."

About five hours earlier, a separate crash in rural Monroe County killed a Chicago man, according to authorities.

Gary Moore, 58, was driving north along Arkansas 17 in a Jeep when the wreck happened around 3:15 p.m, a separate report states. Troopers said the Jeep collided with a northbound Dodge Ram that was turning left onto Arkansas 241.

Moore died as a result of the wreck. No other injuries were reported.

Troopers described conditions as clear and dry at the time of both crashes.

In another unrelated accident, a 52-year-old Huntsville man was killed Monday afternoon when his vehicle struck a deer on Arkansas 295 in Madison County, according to a preliminary accident report.

Arkansas State Police responded to the crash at about 12:25 p.m., according to the report.

It states Dexter Clark was driving a 2000 Honda Shadow North when the vehicle struck a deer in the northbound lane of travel.

Clark was killed after being ejected from the vehicle, the report stated.

At least 191 people have died because of crashes on Arkansas roads so far this year, according to preliminary figures provided by the state Department of Public Safety.