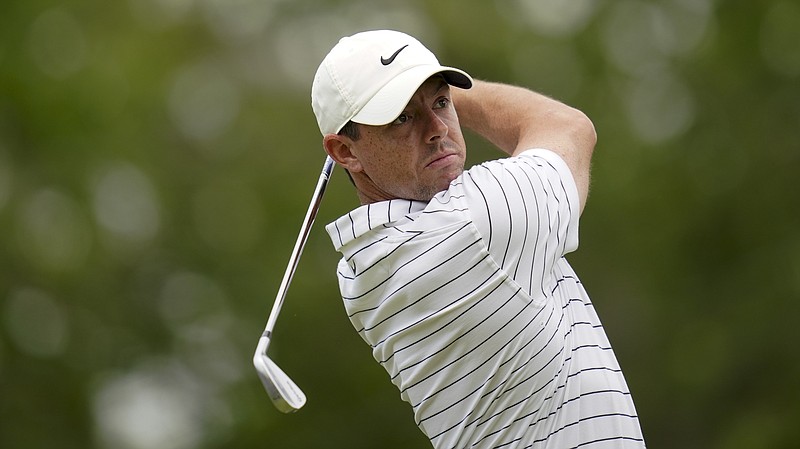 Rory McIlroy, of North Ireland, watches his tee shot during a practice round for the PGA Championship golf tournament, Tuesday, May 17, 2022, in Tulsa, Okla. (AP Photo/Sue Ogrocki)

TULSA -- Rory McIlroy was 25 years old when he hoisted the Wanamaker Trophy over his head and looked primed for a run at the PGA record books.

He'd just won the 2014 PGA Championship for his fourth major title ,and it was an open question of how many more were in the Northern Irishman's future. He'd even made a terrific save of the trophy itself, snatching the top as it nearly tumbled to the ground during a clumsy handoff in the presentation.

It's not that McIlroy's game crumbled. He has 20 career tour victories, twice reclaimed the No. 1 ranking and starred in Ryder Cup victories for Europe. On the personal side, he got married and had a child.

And he comes into this week with some serious momentum and a confidence boost after a blistering final-round 64 at the Masters that rocketed him to a second-place finish behind Scottie Scheffler. It was his best finish at a major in four years.

"I feel good about it all," he said. "I'm certainly in a better place with my game than where I was this time last year" going into the PGA Championship.

McIlroy has twice won the PGA Championship. His dominant eight-stroke victory at the Ocean Course on Kiawah Island in 2012 was a tournament record, smashing a mark set by Jack Nicklaus in 1960. The 2014 victory at Valhalla edged Phil Mickelson by a stroke.

McIlroy noted Tuesday that in a couple of his previous major victories, it was a big early start that left the pack chasing him to the end.

"You can't plan on getting out ahead," McIlroy said. "That's just something that happens if you play well and get some momentum. You're sort of feeling it.

"It's not as if I went out with the mindset those four tournaments of I'm going to go out and shoot 65 the first two days and let them all come and catch me. It just sort of happened," he said.

Those results also helped McIlroy draw a map to see where some other wins got away. The second round at the Masters last month stands out.

"The things that have stopped me from getting in contention or being able to win these majors is big numbers and shooting myself out of it sort of early," McIlroy said. "[At Augusta] I went bogey, double bogey on 10 and 11. On Friday. You go par-par there and all of a sudden there's those three shots. It doesn't take much in major championships. It's tiny margins."

A second-round 73 two weeks ago at the Wells Fargo Championship barely got him to the weekend before he again finished strong in fifth.

So look for a cautious and conservative McIlroy at Southern Hills. Play it safe and play for par to be in contention at the end.

"Tiger [Woods[ did it most of his career, and OK, he had a couple of huge wins in there, but a lot of times being conservative with his strategy, letting other guys make the mistakes," McIlroy said. "Pars are pretty good in major championships, and that's sort of the philosophy that I believe in going forward."

McIlroy is trying to keep things as loose as possible. He showed no hint of internal pressure to win that elusive fifth major and has kept a push for intense, detailed pre-tournament preparation at Southern Hills to a minimum.

"I've won a couple of major championships where I've played nine holes on Tuesday, nine holes on Wednesday and sort of teed it up and played really well. Sometimes not knowing where the trouble is, ignorance is bliss in some ways," McIlroy said. "I'll take execution over preparation any day." 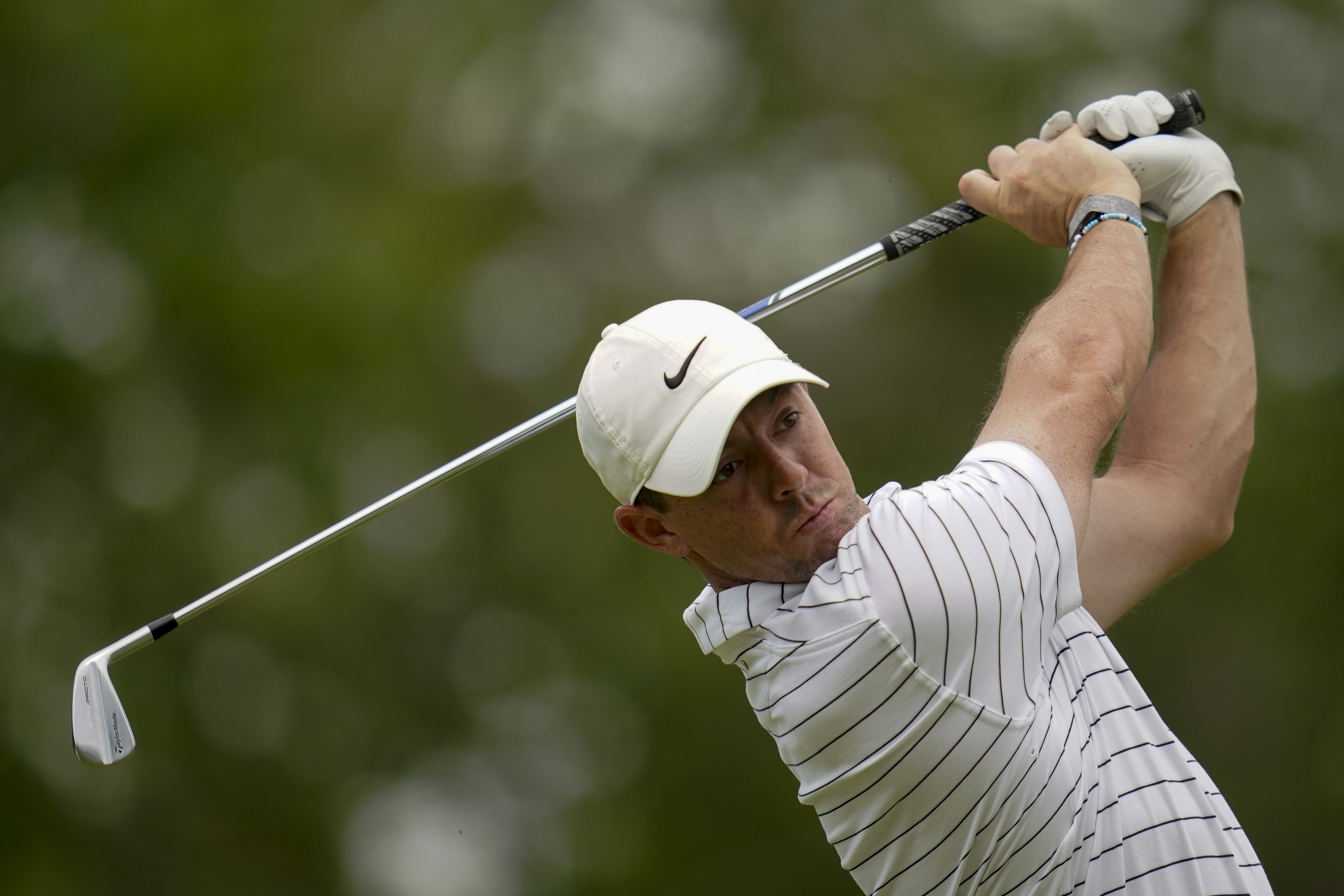 Rory McIlroy, of North Ireland, watches his tee shot on the 12th hole during a practice round for the PGA Championship golf tournament, Tuesday, May 17, 2022, in Tulsa, Okla. (AP Photo/Sue Ogrocki) 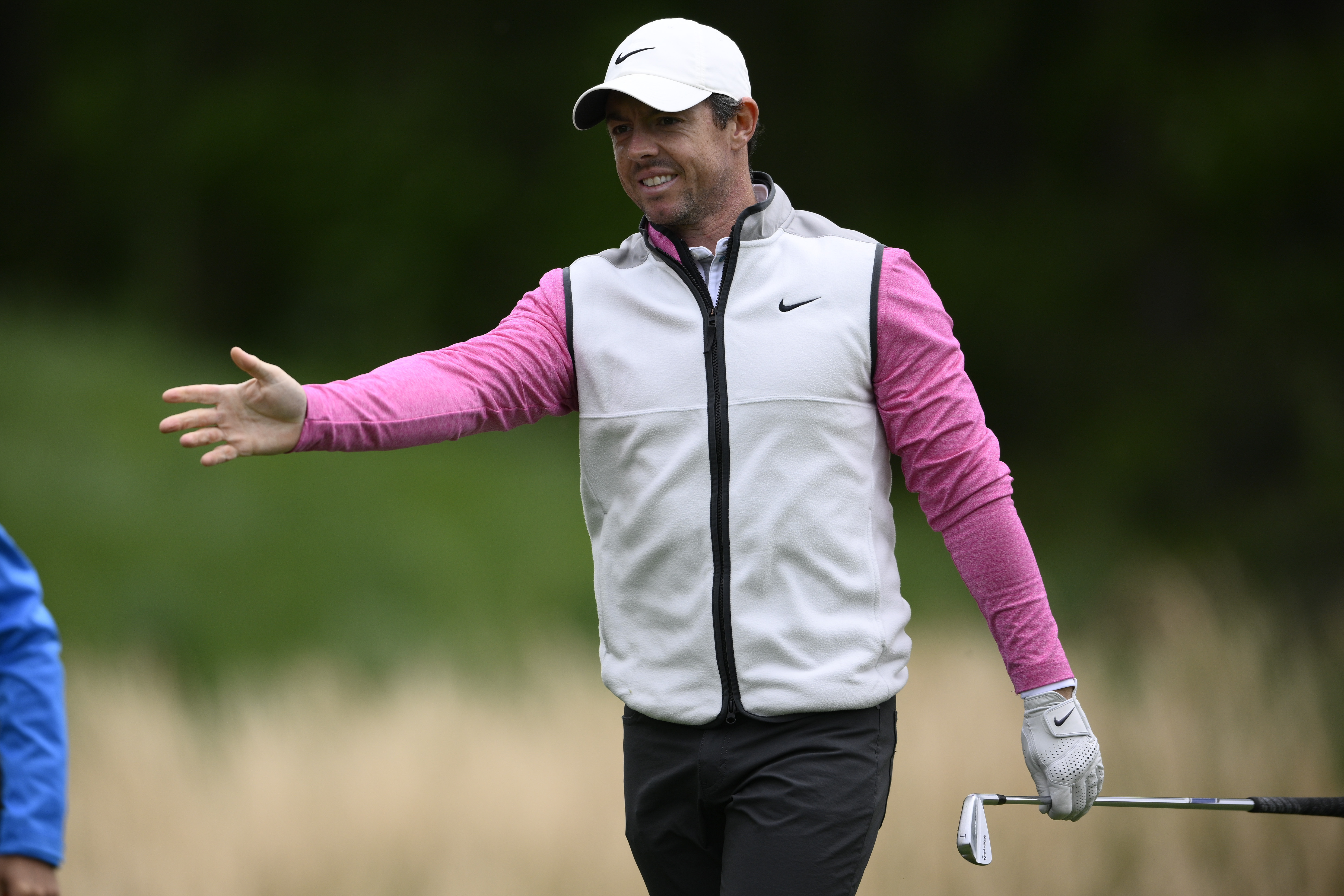 FILE - Rory McIlroy, of Northern Ireland, reacts to his tee shot on the third hole during the final round of the Wells Fargo Championship golf tournament, Sunday, May 8, 2022, at TPC Potomac at Avenel Farm golf club in Potomac, Md. (AP Photo/Nick Wass, File)