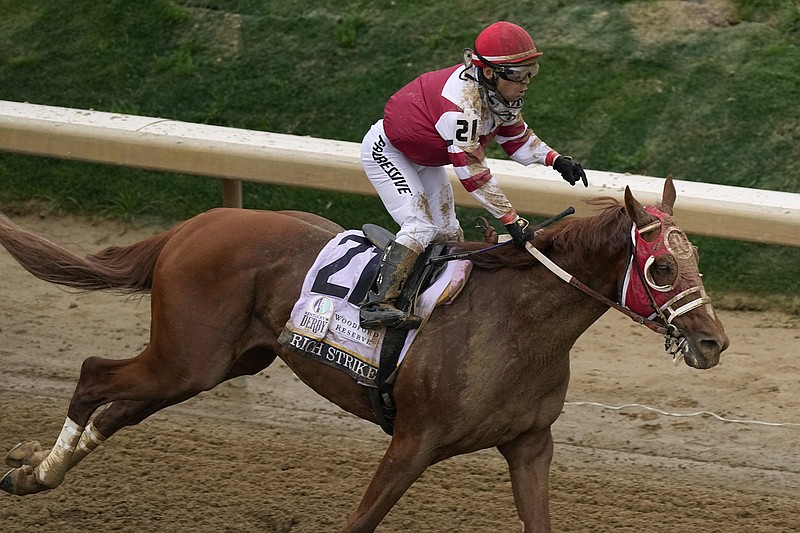 Sonny Leon celebrates after riding Rich Strike to victory in the 148th running of the Kentucky Derby horse race at Churchill Downs Saturday, May 7, 2022, in Louisville, Ky. (AP Photo/Charlie Riedel)

BALTIMORE -- Graham Motion always wondered what it would be like to show up at the Preakness Stakes with the Kentucky Derby winner. When that happened in 2011 with Animal Kingdom, it was all he was hoping for and then some.

There won't be a Triple Crown winner for the 42nd time in the past 44 years after owner Rick Dawson changed direction and opted not to enter Rich Strike in the Preakness off an 80-1 upset victory in the Derby. That decision coming on the heels of several strange years without a Derby champion going for the second jewel in the Preakness has reignited the old debate that the three Triple Crown races should be spaced out further.

Dawson cited extra rest as the reason Rich Strike was not running in the 1 3/16-mile Preakness this Saturday at Pimlico Race Course, a race now worth $1.65 million. Proponents of pushing back the Preakness -- and, by extension, the Belmont Stakes that follows three weeks later -- argue it's better for modern thoroughbreds who aren't used to racing on those short turnarounds and would produce stronger fields in Baltimore and New York.

Those in favor of the status quo point to the sport's tradition and say it should be difficult to win the Triple Crown. They also are quick to say it was done twice recently with American Pharoah in 2015 and Justify in 2018.

"That's what makes the Triple Crown interesting and makes it hard to do," said trainer Saffie Joseph, who is saddling Skippylongstocking in the Preakness. "You want to make it easier just for a good horse to do it? You need a great horse to win the Triple Crown. I think it means a lot to have it the same way as it's been."

Down the shed row in the corner of the stakes barn at Pimlico, 86-year-old Hall of Fame trainer D. Wayne Lukas said he doesn't expect the current spacing of the races to change. They've followed the same schedule since 1969, except in 2020 when the pandemic disrupted the order of the Triple Crown.

But he isn't totally against adding some extra time between such important races.

"[The Preakness] would probably fit Memorial Day or something like that, and then go Fourth of July for the Belmont," said Lukas, who is aiming for a record-tying seventh Preakness victory with Kentucky Oaks-winning filly Secret Oath. "That makes all the sense in the world from a horse trainer's standpoint."

Four weeks each between the Derby, Preakness and Belmont is the proposal made by NBC Sports analyst Randy Moss, who believes the current rotation isn't fulfilling its intended purpose of bringing the best 3-year-olds together on the track three times in the spring.

Over the past 10 years, only 14 horses have run all three legs of the Triple Crown, and that includes three who won the first two. Now with Rich Strike's absence, the virtual guarantee of the Preakness being run with a Triple Crown chance truly on the line has not happened since 2018: Medina Spirit ran last year after testing positive at the Derby for a substance not allowed on race day and was eventually disqualified; the races in 2020 happened out of order, with the Preakness last; and in 2018 neither DQ'ed winner Maximum Security nor elevated Country House went to Pimlico.

A representative of 1/ST Racing, which runs the Preakness, said officials have discussed internally the possibility of pushing the race back and plan to speak to Triple Crown partners about it.

President and CEO Dave O'Rourke said the New York Racing Association is always willing to have thoughtful conversation around important issues that will affect the future of racing and added any fundamental changes "would demand careful and deliberate consideration among all relevant parties."

"To sweep the Kentucky Derby, Preakness and Belmont Stakes requires an extraordinarily talented horse to perform heroically at three different racetracks over a period of just five weeks," O'Rourke said. "This condensed schedule helps to sustain the excitement and enthusiasm that surrounds a Triple Crown quest and plays a role in the lasting success of each leg of the series."

Moss is of the belief the Preakness is becoming a weak link in the series because so few horses run again two weeks after the Derby. This year's field of nine has three returnees from the Derby that went off with 20 in the starting gate: Epicenter, Simplification and Happy Jack.

Trainer Mark Casse, who started War of Will in all three Triple Crown races in 2019 -- the colt won the Preakness and Sir Winston, also from his stable, took the Belmont -- doesn't want anything to change.

"You would take away everything the Triple Crown is by changing the timing," Casse said. "It needs to stay the way it is. If you started spacing the races out, you take away the biggest tradition we have in horse racing in North America."

Motion said he agrees with Casse on the grounds of tradition and the difficulty of keeping the public's attention for a longer period of time. He also said he isn't worried about another long Triple Crown drought like the one from Affirmed in 1978 to American Pharoah in 2015 and thinks horse racing should stand pat.

"It's not meant to be easy, and a good horse is going to come around and do it again," Motion said. "Maybe it takes a really good horse. Maybe it takes a year when there aren't that many good horses so he can win the Triple Crown. But whatever it is, it's going to happen again. There's no doubt." 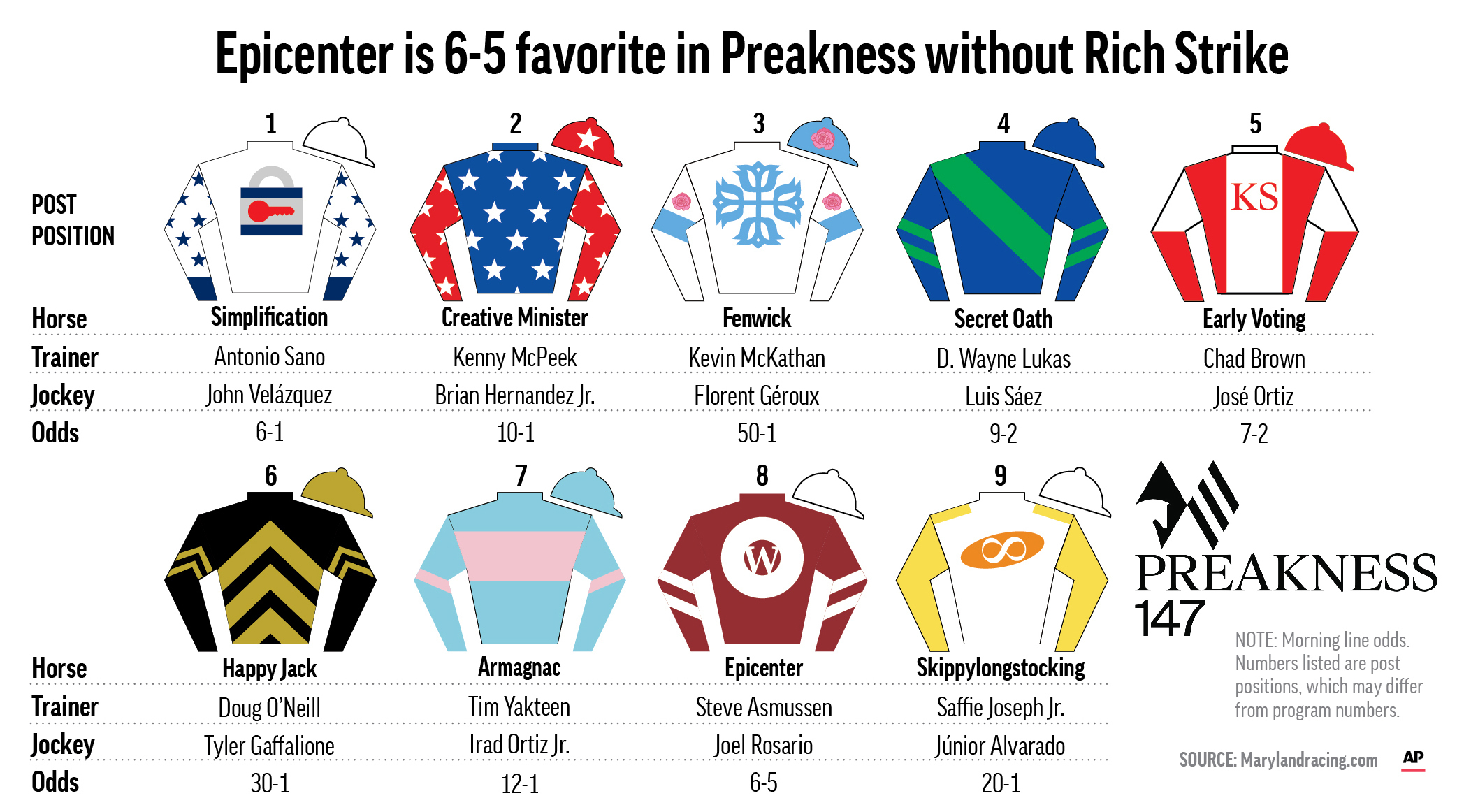