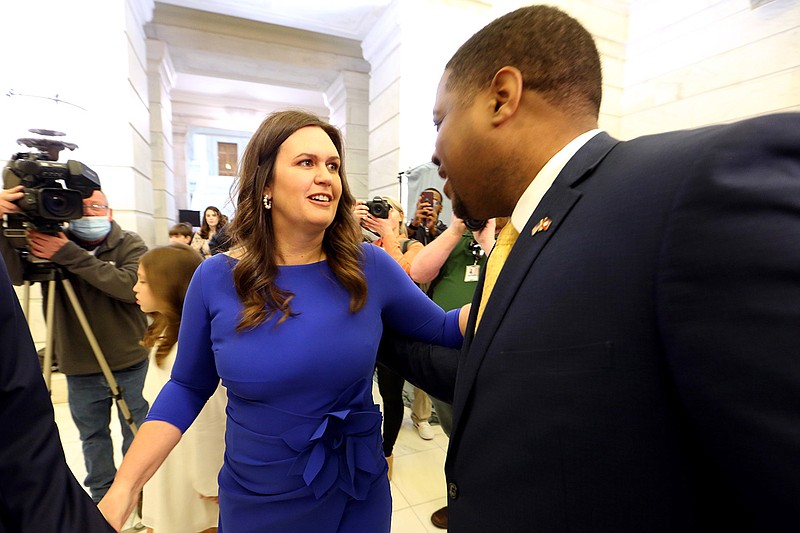 Millions of dollars have been donated to campaigns in Arkansas as candidates seek a variety of federal, state and local offices. Here are the basics on who’s been donating and where money has been going.

Back up: what are the rules on campaign donations in Arkansas?

For 2022, the maximum an individual donor can give to a candidate running for office is $2,900 per candidate, per election, which often translates to one donor giving a candidate $5,800, or $2,900 each for the party primary and general election.

Big donors can also contribute to political action committees (PACs) and political parties that are likely to send money to the campaigns of their preferred candidates.

Donations from PACs and political parties to candidates are limited by the same rules as individuals: $2,900 per candidate, per election or a total of $5,800 for a primary and general election.

Who has made the most donations to state races in this election cycle so far?

Arkansas' top individual contributors, as of March 31, were:

These figures exclude donations to federal races, such as U.S. House and Senate.

Which PACs have made the most donations to state races so far?

The biggest contributors among PACs, as of March 31, included:

These figures exclude donations to federal races, such as U.S. House and Senate.

Which candidates have received the most donations so far?

Other candidates who have received significant donations this election cycle include:

• Lt. Gov. Tim Griffin, a Republican whose campaign for attorney general had raised about $2.3 million as of May 14

• Democrat Chris Jones, former executive director of the Arkansas Regional Innovation Hub, who raised about $1.9 million in his race for governor as of May 14

• Attorney General Leslie Rutledge, a Republican whose campaign for lieutenant governor has raised about $1 million as of May 14